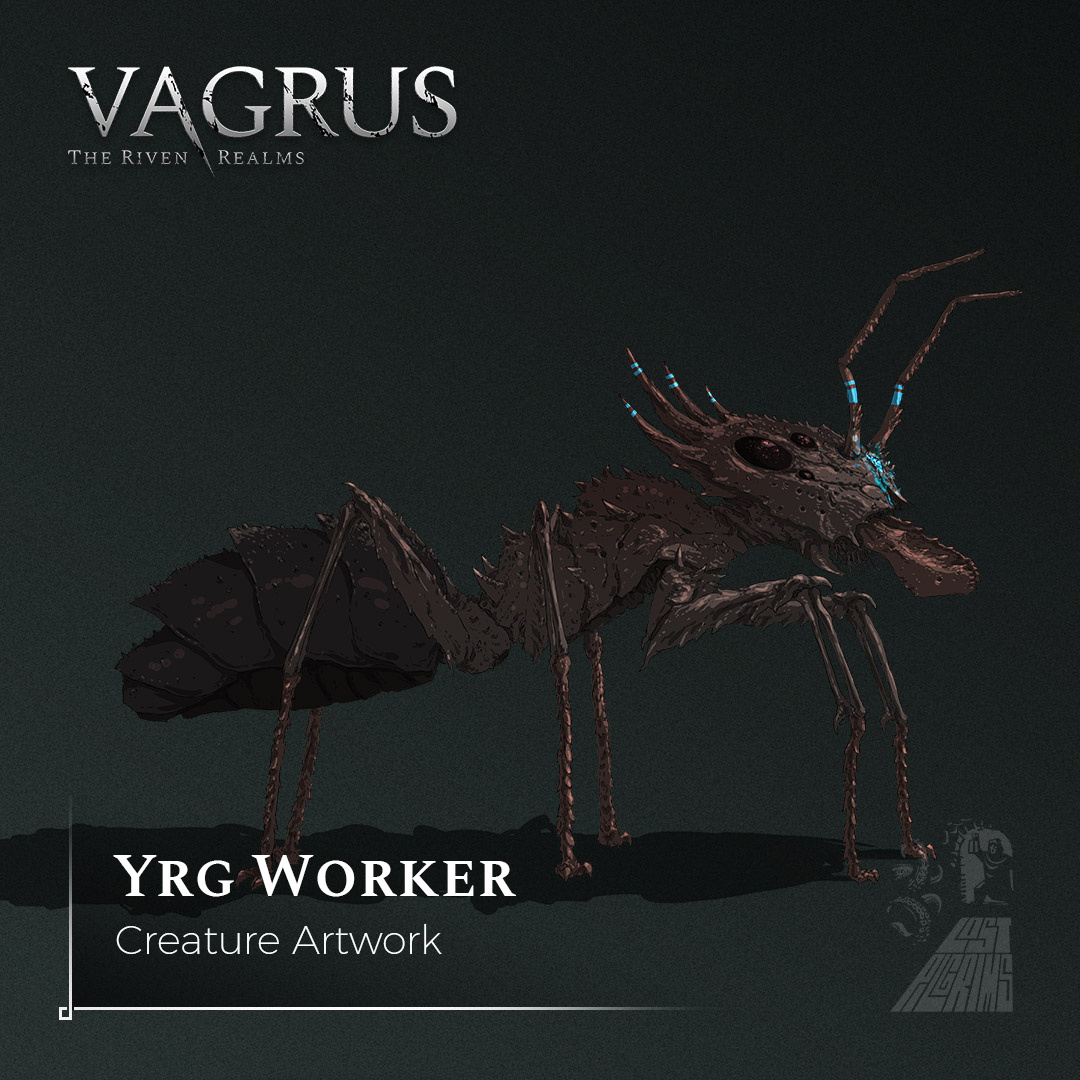 'When we arrived at the observation  post, Borgan was nowhere to be seen. The craven slaves pointed to tracks in the sand that looked like someone had been dragged away, accompanied by small, triangular stab marks – Yrg prints, I presumed correctly. These led to a dark crevice at the foot of one of the towers. We tried calling after Borgan but there was no answer. Eventually, I sent down one of the slaves with a torch. The unfortunate bloke happened upon the mutilated body of Borgan down there and fled back up in a panic. Yrg are clearly present down in the underside of the city, that much is certain. This ties in perfectly with what we know of the Elven tribes of the Second Age. The accounts of Sage Ikar record that the realm of Dor Anthelas was involved in a great war against the Yrg that lasted for  millennia. What these insect broods were like, I cannot imagine, but  they must have been a far cry from the mostly docile Yrg we know today.'

Yrg are hive-minded insectoids the size of smaller horses that live mostly in underground tunnels and hollowed out hills in the less-populated parts of the Empire. Supposedly, they have been present on the continent from the beginning, yet their kind was almost completely unknown until after the Calamity, when their broods reappeared and spread over large territories on the surface. They are not outright aggressive but quite territorial, so they will protect their hives and tunnels fiercely.

By far the most common variety of the Yrg are workers - drones that do most of the hauling, building, and other tasks of the hive. They are less warlike and tough than their warrior caste counterparts but can still be considerable threat if angered. These creatures sometimes separate from the hive and get captured - or are abducted. Over the centuries, Imperials perfected a method by which an arcane controlling crystal is embedded into the head of the insect, generating a mental presence similar to the original hive, rendering the Yrg docile and easy to control. These are then used as mounts and beasts of burden - quite favored due to their immense loadability, stamina, and negligable consumption of supplies and water.