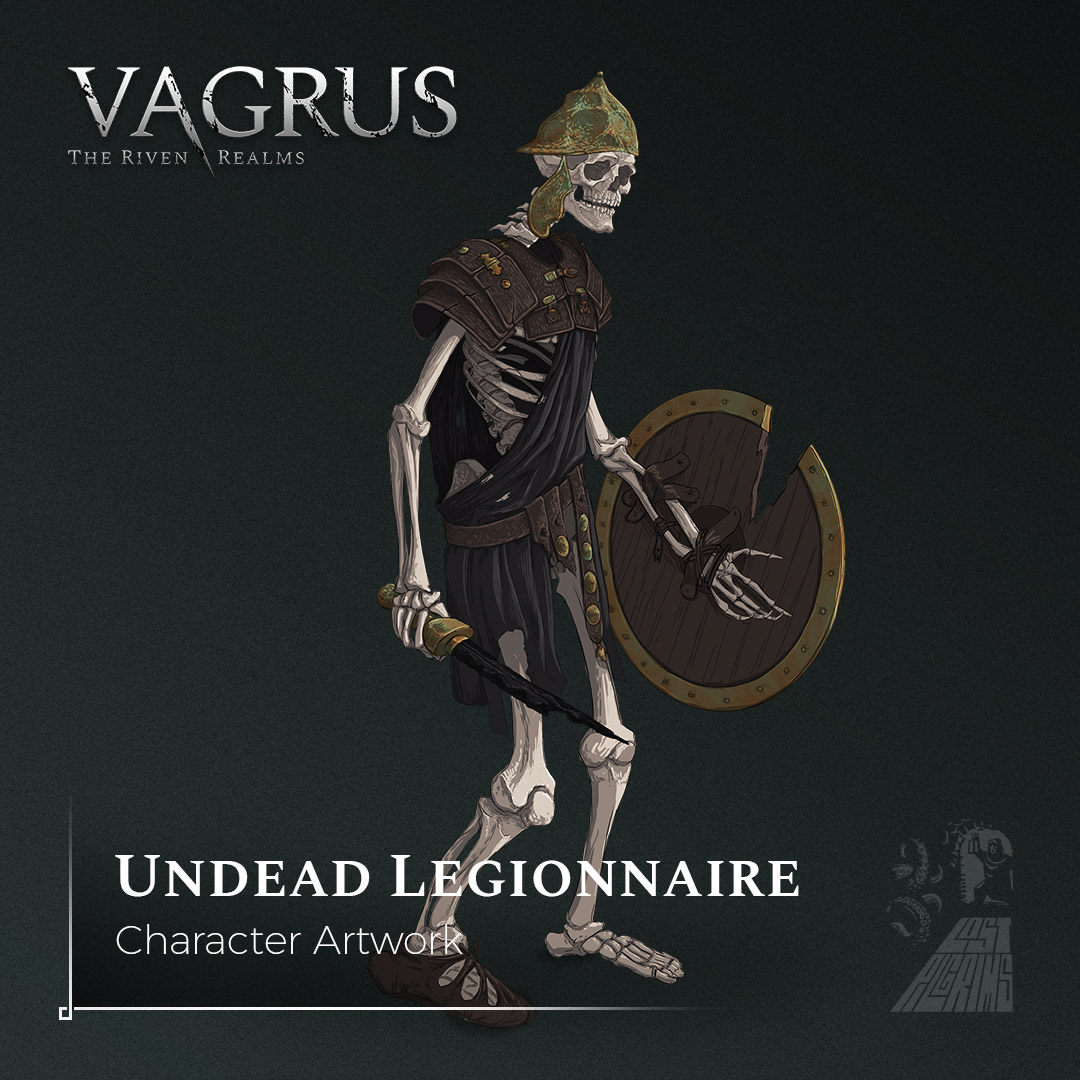 'Worry not, general. Their right flank won't be able to cross the gullies to press your lines. I and my apprentices will make sure that the enemy is flooded in corpus vile. Worry not about squandering resources, either. Those same soldiers in the gully will provide the reinforcements.'

Even though human legionnaires are the most recognizable symbols of the Empire's armed might, many legions are partly or entirely made up of their undead counterparts. The Senate and the Twelve keep licensed necromancers in several secular institutions who are responsible for raising, maintaining, and controlling these shambling armies. Not all of the animated beings are armed and armored but those that are tend to survive the hardships of war a little longer.

These creatures of necromancy can be encountered in the game as well, either marching for the Empire or as armed undead belonging to rogue necromancers as well as wandering shamblers without a master, attacking anyone on sight. They might not be the most dangerous of enemies, but they are pretty sturdy and usually attack en masse.