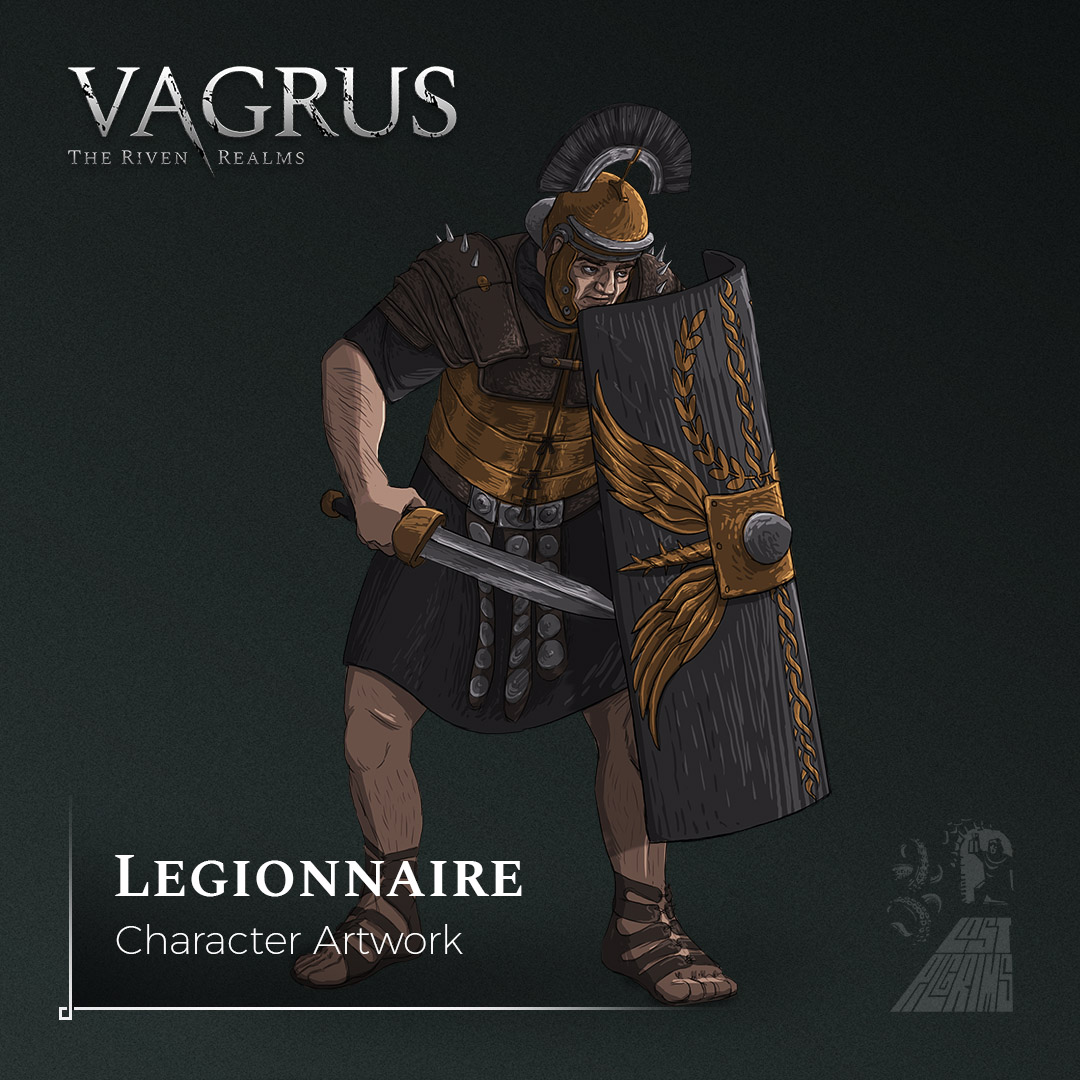 'Day 54 - Another week goes by and the vile horde broke again on the wall of our scuta today like the fierce tidal waves break on the rocks of Anurao Bay, the place of my birth. Most of the day after dawn devolved into a cruel dance in the mud and gore - one of pushing and pulling and stabbing at the rhythm dictated by the roar of our foes and the bone whistle of our centurion. Yet nobody complains; no true legionnaire would. The green-skinned bastards have to be stopped here. For our families. For our Empire. For the Emperor, too, though I would rather pray to Old Hand Marcus than to the distant, slumbering God-King in our capital that I've never seen. But best keep that to myself, else the Priests of Sergorod find some punishment for me. They would sure love to. Perhaps there will be a night attack, too, at least that's what the talk is around camp now. If so, and considering the losses of the 3rd and 7th cohors in the last few days, I am not sure I will ever see the capital...'

- From the recovered diary of Gaius Traviris, decanus of the decimated 5th Legion during the Orc Invasion of 949

Legionnaires are the soldiers of the Empire, known far and wide for their discipline, efficient fighting formations, and good equipment. These men and women are either conscripted from the general populace or volunteered; some pursue a military career, especially if it comes to officers who are very often noble-born. There are always over a dozen standing legions in the Empire, though most of these are typically deployed around the front lines in the north. Each legion is about 5000 strong with centurions filling in ranks of command.

Many legions also deploy unliving legionnaires animated by Imperial necromancers but the real fighting strength comes from living soldiers and their reliability is near legendary. Their shield-wall formations and fighting style are usually no match for less-developed armies - in truth, with the exception of the forces of the Dragonlands, no army is a match for Xeryn's legions on the continent. Legionnaires typically use chest armor and helmets (often made of iron or bronze), short swords (called a gladius) and large shields (called a scutum).

In the game, fighting legionnaires is usually not a great idea. First, they tend to be tough to defeat when in numbers thanks to their nasty ability to shield the one standing next to them. Second, since they are more often than not the ones to execute Imperial law, going up against them means that you have committed some serious crime or are about to do so. Therefore, be careful if you pick a fight with them.