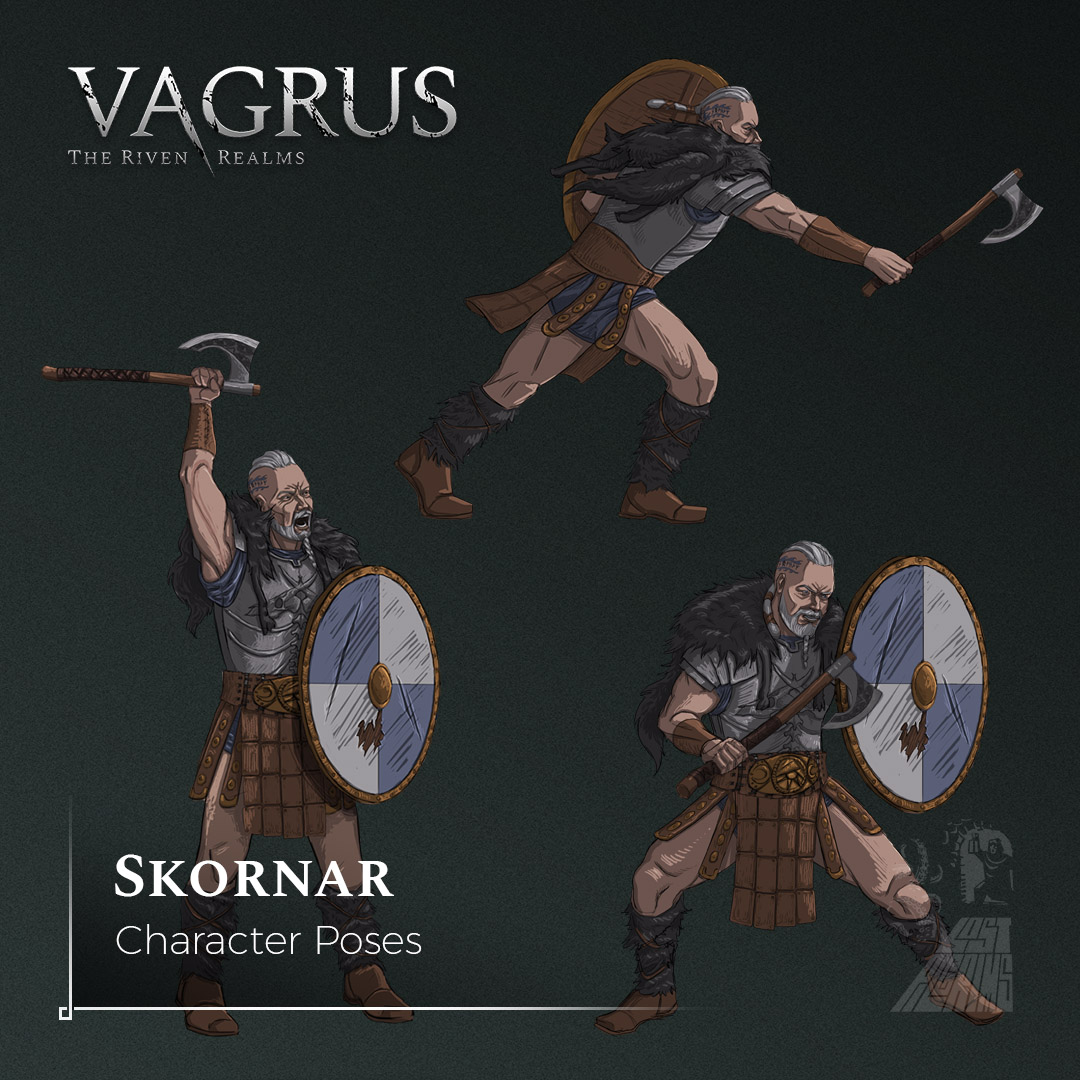 Skornar may keep reminding you that he is getting old but he is still one of the best fighters you can have among your Companions. Sturdy and crafty, he is very tanky, able to mitigate and sustain a lot of damage before going down. Though he may not deal tons of damage, his support skills make him extremely useful on the battlefield.

Axe Swing: Skornar's default melee attack targets a single opponent and is fairly difficult to block (it has penalties against the Block stat of the target).

Guard Stance: This skill puts Skornar into a defensive stance until the next round and buffs his Block value significantly. If an enemy attacks him and the block is successful, there is a chance that an Axe Swing is triggered against the attacker. This way, Skornar becomes a tough and dangerous nut to crack, as he uses good defense to damage his enemies.

Shield Bash: Skornar strikes a single melee target with his shield. Though the damage is sub-par compared to Axe Swing, a successful attack can Stun the opponent, which can easily turn the tide of battle.

Commanding Shout: This skill grants an additional turn to a single ally at the end of the round and buffs their Accuracy significantly. You can use this if Skornar is stuck in the back line or if it is important or beneficial to use a skill of another Companion. It is a really versatile skill that could lead to interesting combos and synergies.

All in all, Skornar is a well-rounded character with great defenses, a consistent damage potential, and some support abilities that make him unique among your Companions. He is best applied in the thick of combat but can also use his non-combat skills, as well as connections in the criminal underworld to be a valued member of your traveling company. On top of all that, Skornar is a Marauder Prime, meaning that he is extremely handy when you attack others in Crew Combat either to take their belongings or to take their lives; should you wish to do such a vile thing.