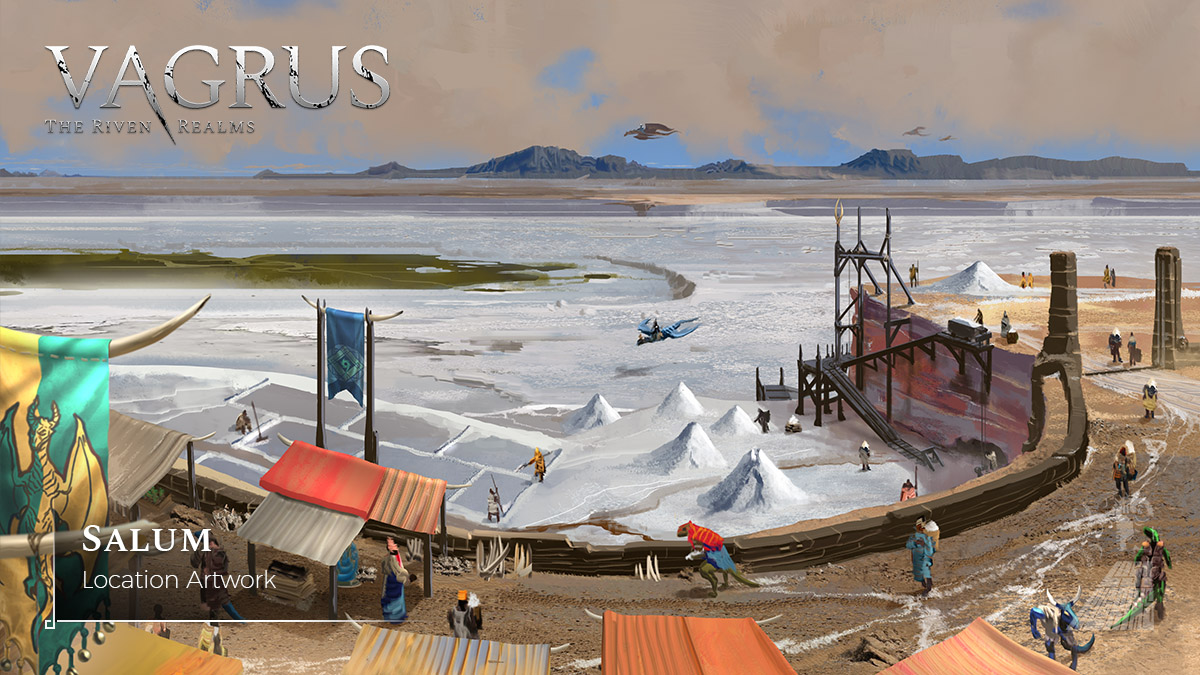 'Ever been to Salum, mate? Mighty odd place I tell ya. Them Ratharnak mooks claim to have struck gold with the salt but the operation looks pretty shitty if ye ask me. Perhaps they literally struck gold instead, eh?'

- The musings of the vagabond called Shakub over an ale, shortly before his disappearance

The town of Salum was given over to the Dragonlands as part of the peace treaty after the War of the Dragon over 300 years ago. The Dragonlords accepted the offer, thinking that the salt that could be mined here would be a great asset. They had no idea what hardships accompany salt mining. Additionally, Alkalis Basin is a much less potent source of salt than Brine Mere to the east, so Salum was even less promising of an acquisition they had initially thought. Since the Dragonlands forbids slavery and their last prisoners of war died or were released long ago, Salum looked, for a long time, like a bad deal, and stayed fairly abandoned.

Recently however, Ratharnak Alliance managed to build an operation here that became extremely profitable. Nobody quite knows their secret and dark tales are told in hushed tones about the rise of the settlement. Salum itself is a well-guarded small town with huts of white stone and dark roofs baking in the sun. Machinery of wood and metal is all around the place and often, dragons are in the sky. The Ratharnak share the place with other, albeit much less prominent trading houses, although Scythichnis is rumored to have shown up and built a compound a few months ago.