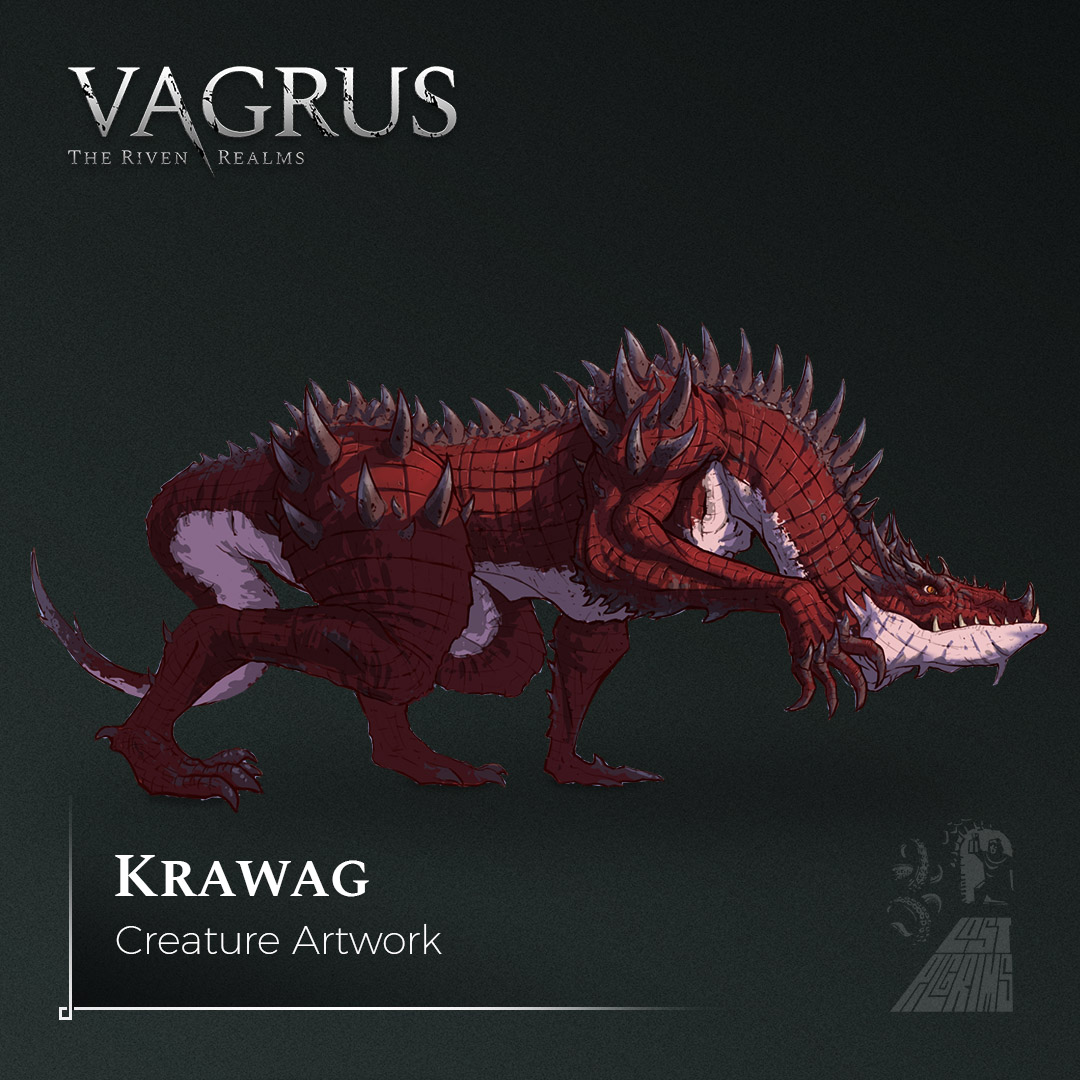 'That thing hunted them. Relentlessly. Worse than any predator they had seen before, it hounded their steps through the forest called Smuggler's Cloak by the commoners. Yet no cloak proved to be enough to hide them from those horrible reptilian eyes. The creature was clever, too. It did not attack them but tracked them from a distance, waited until they were exhausted, harried, and desperate. And then it took them, one by one. The last wretched fellow gave himself up to the first patrol he stumbled across; better break rocks in prison for the rest of his life than fall prey to a Krawag.'

Krawags are creatures related to Dragons: they were bred using draconic blood with the goal to create hunter-killer beasts that are able to track prey across vast distances and never tire. They have been in use for centuries, their form and skill being continuously perfected by the Dragonlords. Each Krawag belongs to one of the Dragon broods and thus uses their specific kind of breath attack (as well as the brood-specific color pattern). Used in hunts as much as war, Krawags are very effective pets, even if somewhat difficult to control.

You will most likely encounter Krawags as enemies throughout the game. They will almost certainly prove to be difficult foes that only more advanced /comitati/ can take on and hope to claim victory against.