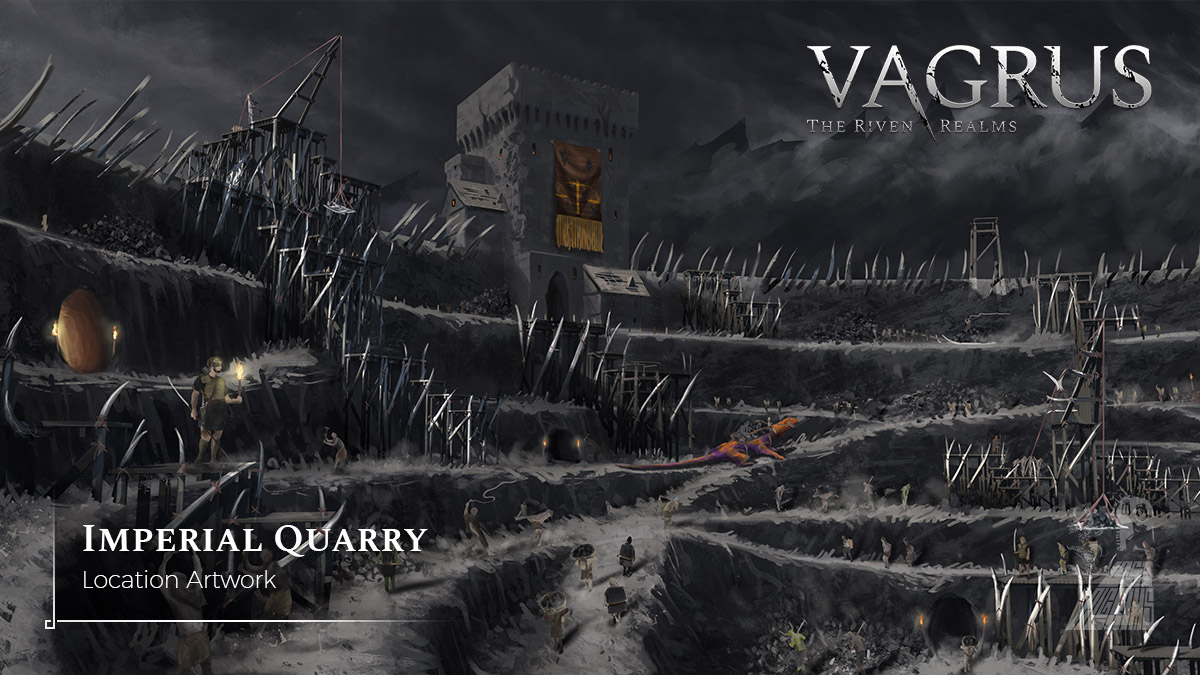 There are many quarries in the middle regions of the Empire, which consists of territories relatively rich in useful resources: stone, marble, crystal, and obsidian. Three of the sites stand out and will be locations in the game:

The Acherus Quarry is the largest and oldest one in the whole region. It was established before the Orc Wars when the armies of the Empire were in dire need of obsidian for the war effort. Since then, Acherus has run dry and only provides little of the black, glassy material every year. It is overseen by House Darius.

The Drusian Quarry is the newest and most profitable of the region. Its yield of obsidian is astonishing, so its owner, House Oquo, has become the wealthiest and most trustworthy deliverer of the material in all of the Empire. The image above depicts the Drusian Quarry.

The Ioscian Quarry is on the southern side of the mountain range called Sergorod's Blade. Upon acquiring the license, House Oquo was hoping to get its hands on another amazing mine but this particular quarry ended up being depleted in a matter of a few years. This did not discourage the trading house much and they ended up turning the Ioscian into a waystation for bone gatherers as the quarry sits right on the border of the Plains of Bone.

These places are prime stops for vagri as they can usually get raw materials at great prices and sell them for great profit in far away settlements.