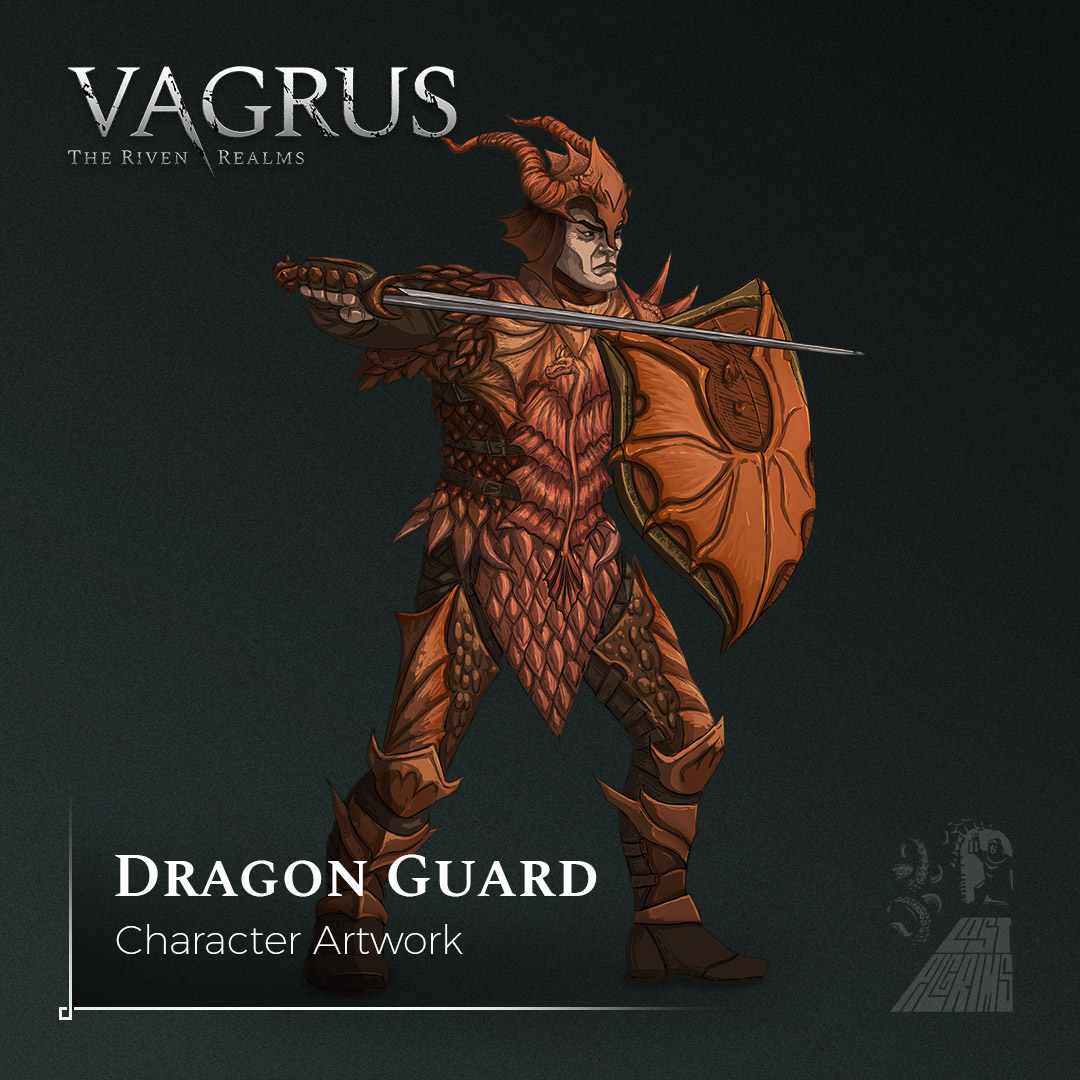 'As the morning drew on beneath the piercing gaze of the merciless sun, Levitius saw the soldiers of the 19th slowly gaining a foothold on the south bank in a fierce melee. Covered in blood and dust, the legionnaires looked more like a gored sand wyrm, writhing madly as it got stranded on solid rock. Then something passed before the sun. He heard one of his evocati shout 'Dragonguuuuuuuard!' before the mighty drakes with the elite warriors of the enemy on their backs started their first swoop and at last Levitius knew the number of his days.'

The elite warriors of the Dragonlands, these fierce yet disciplined soldiers are the best of the best: chosen from the most promising soldiers of the regular army, they go through rigorous training and trials before they are initiated into the ranks of the Dragonguard. Not only are their martial prowess way beyond that of regular warriors but their equipment is also exquisite, be it suits of armor forged of dragonsteel and crafted with dragon scales, or the magnificent dragonsteel weapons that they wield.

Some of these elite fighters are Dragonriders, able to wreak havoc in the ranks of the enemy from the skies. But even without mounts, Dragonguard are able to tap into the innate magical flame of their draconic overlords and use it to empower their weapons and armor made of dragonsteel, thus becoming even more potent in combat for a short while.

Needless to say, going up against even a few of these warriors is no trifle matter, so you will have to be very careful if you choose to do so in the game. These are very tough enemies that only experienced and well-equipped comitati can hope to thwart.