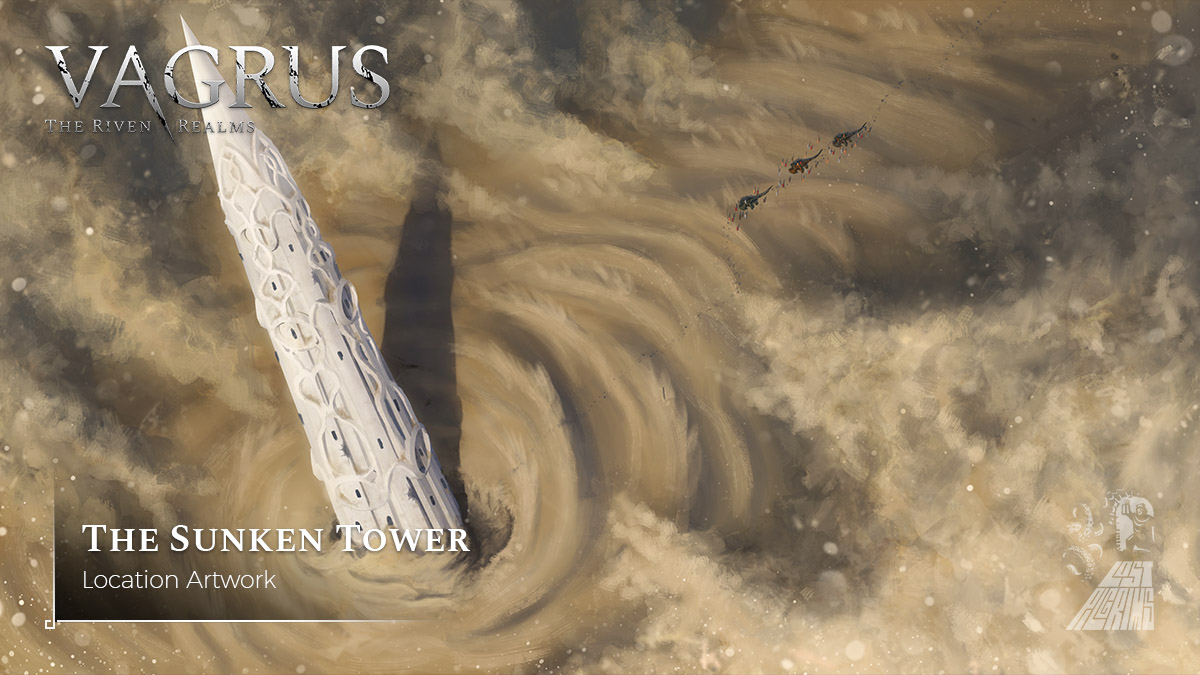 'They say that the tower was so tall that its pinnacle scraped the heavens. These days, though, only about two hundred feet of stained marble poke out from under the endless dunes of Arenas Vorax. What happened to the rest of the tower? Heh. They say that you can enter through a window and go down the steps, deeper and deeper under the sands, deeper and deeper until you reach the other side of the world. They also say that things lurk down there and skitter endlessly in the black abyss. But they say many things...'

- Agos the Wanderer to a captive audience

According to legends of old, what is today called 'the Sunken Tower' used to be a magnificent place before the Calamity. Named after Akarius, Apostle of the early Third Age, the tower became a symbol of the alliance between the Human, Elven, and Dwarven races. A center of learning and shared knowledge, the place functioned as a school for wizards and priests alike, dedicated to the gods as much as to science, and stood as the tallest building in the world until the construction of the Colossus Imperator in the city of Toht. During the Calamity, the tower survived intact but sank beneath the sands of the newly formed Arenas Vorax and has become a forsaken place. Few dare venture even to its general vicinity as the quicksands so typical of the region are said to be the most unforgiving and extensive around the tower. Still, some brave or insane people make an attempt from time to time to reach the tower and plunder its supposed riches but none have returned to tell tales about it.