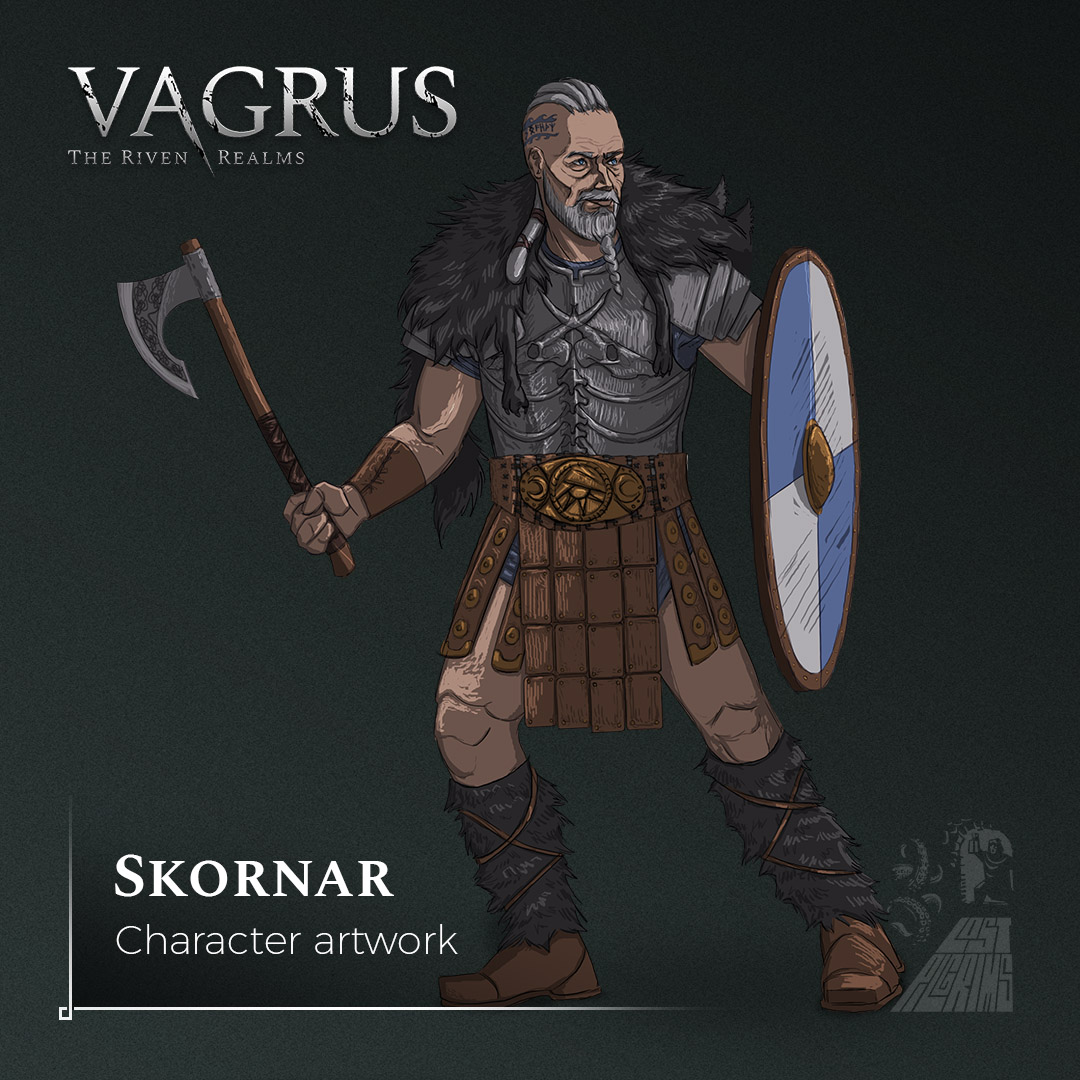 Have you met the kingpin Skornar in the Prologue? He's quite the colorful sort. Good news is: he'll make his return in the main game as a Companion you can recruit! Ten years older and much grumpier, the warrior has a serious grudge against those who ousted him from Avernum's criminal underworld. Yet his story arc will involve much more than that, with the central theme of coping with growing old - not an easy plight for a warrior and leader such as Skornar.

His design is decidedly Norse. Even though no such cultures exist on Xeryn, Skornar's people hail from a cold country far, far away to the north. He got to the Riven Realms long ago and spent much of his life there, though. Yet he retains many of his original quirks and traditions, making him a fairly unique character. Wielding a bearded axe and shield, he is a good front line fighter, able to soak and avoid damage, as well as buffing his allies with his warcry.