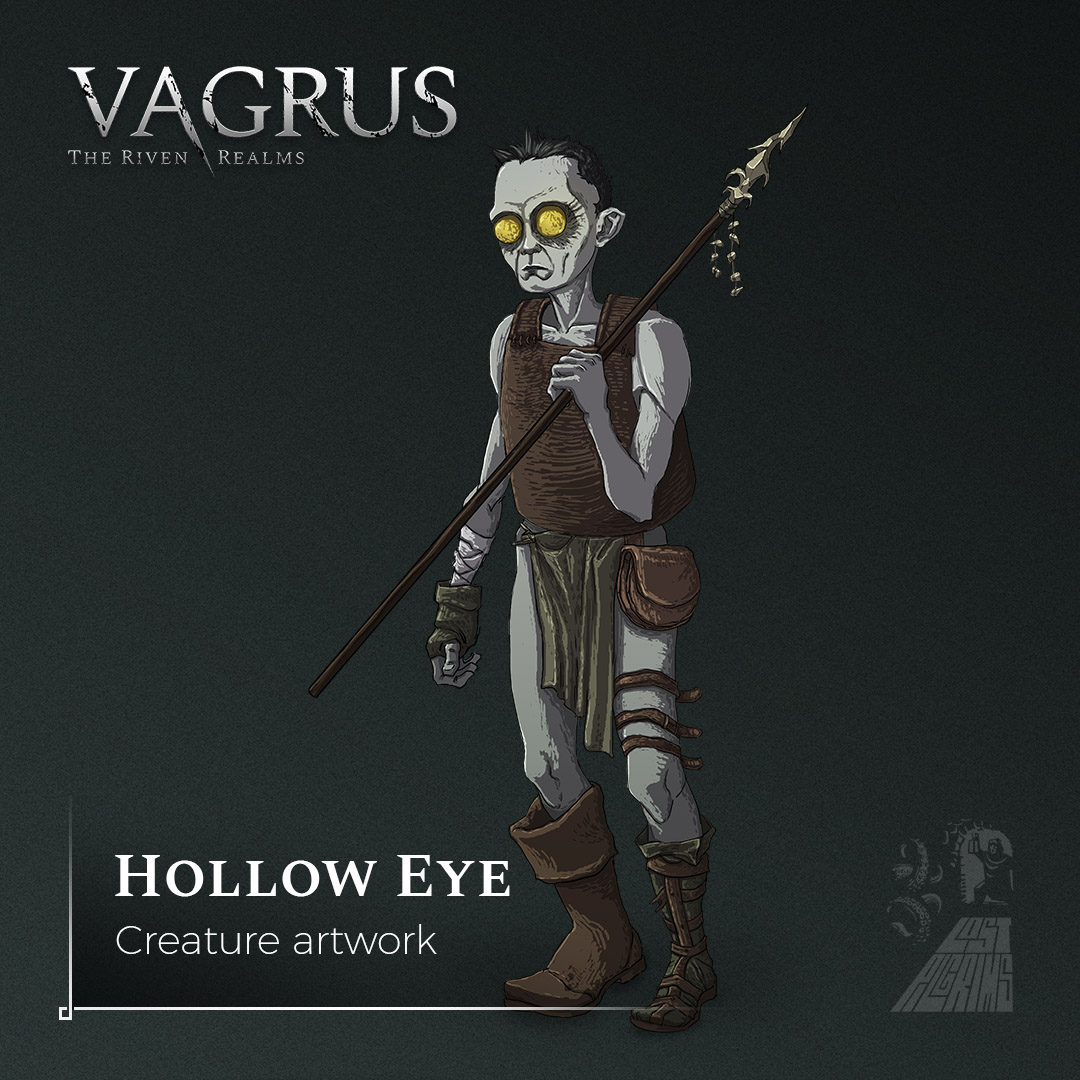 'They may be called the 'Children of the Calamity' but make no mistake, dominus. These terrible creatures are far from being child-like. When you see one, do not hesitate; they won't.'

- The mercenary guide Avgaer to his employee, the late nobleman Vortis Gnaeus Kalvus

Long time enemies of all civilized folk, the beings referred to as 'Hollow Eyes' (nobody knows how they refer to themselves) have plagued Hargad Tuul and the neighboring regions ever since the Calamity, which supposedly created them. The diminutive humanoids are very territorial and form close-knit clans of their own, yet no attempt at communication with them has ever succeeded; it appears the Hollow Eyes decided to shut the rest of the world out. They would probably not be such dangerous adversaries if not for their telepathic powers and uncanny ability to control the Undead nearby. Hollow Eyes use these herds of shamblers to attack foes while they themselves direct their terrible gaze onto their victims to melt their minds or move in for the kill with barbed, poisoned spears.