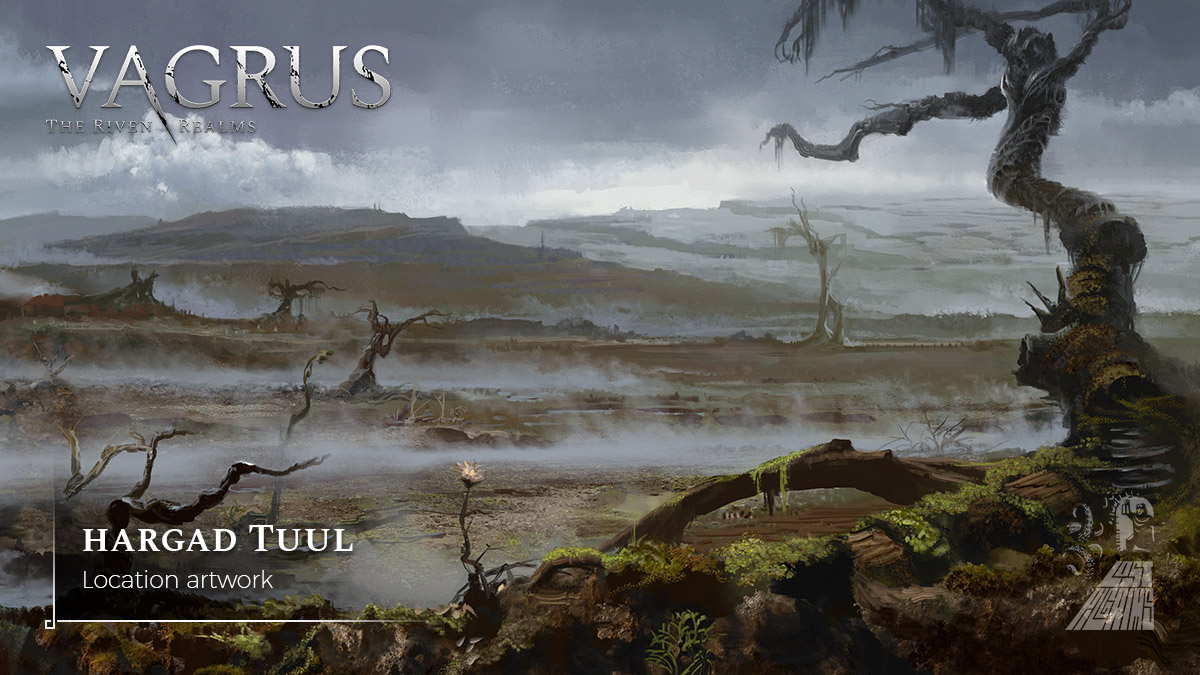 Hargad Tuul (an old name meaning 'The Hollow Plain') is our next location artwork reveal that is found post-Prologue. With its fog, overcast sky, solitary gnarly trees, and greenery the area is a far cry from the usual arid wastelands and rocky deserts of the rest of the continent. The art captures its melancholy dampness and bleakness perfectly.

You are almost sure to visit here when playing the game, so here's a short description of the area to give you a feel of what to expect:

Forming a natural barrier right where the Empire and the Dragonlands meet, Hargad Tuul is a no-man's land where practically nobody lives. The reason for this is twofold. Firstly, even though the plain is protected by the hot winds of the arid northern deserts by the hills of the Windbelt and is irrigated by the rains coming up from the swamps and the Inner Sea in the south, the plants that grow here are no use in agriculture or food production, usually growing twisted and tasting bitter - if not outright poisonous. Second, the region has seen fierce battles in the War of the Dragon and has been abandoned ever since: nobody wants to live where the forces of the Dragonlords might strike first, even though that has not happened for centuries. The only denizens are the occasional band of outlaws who find the place ideal to hide here and strike at unsuspecting travelers to the north and west. That is, until a Dragonguard patrol finds them and smokes them out.