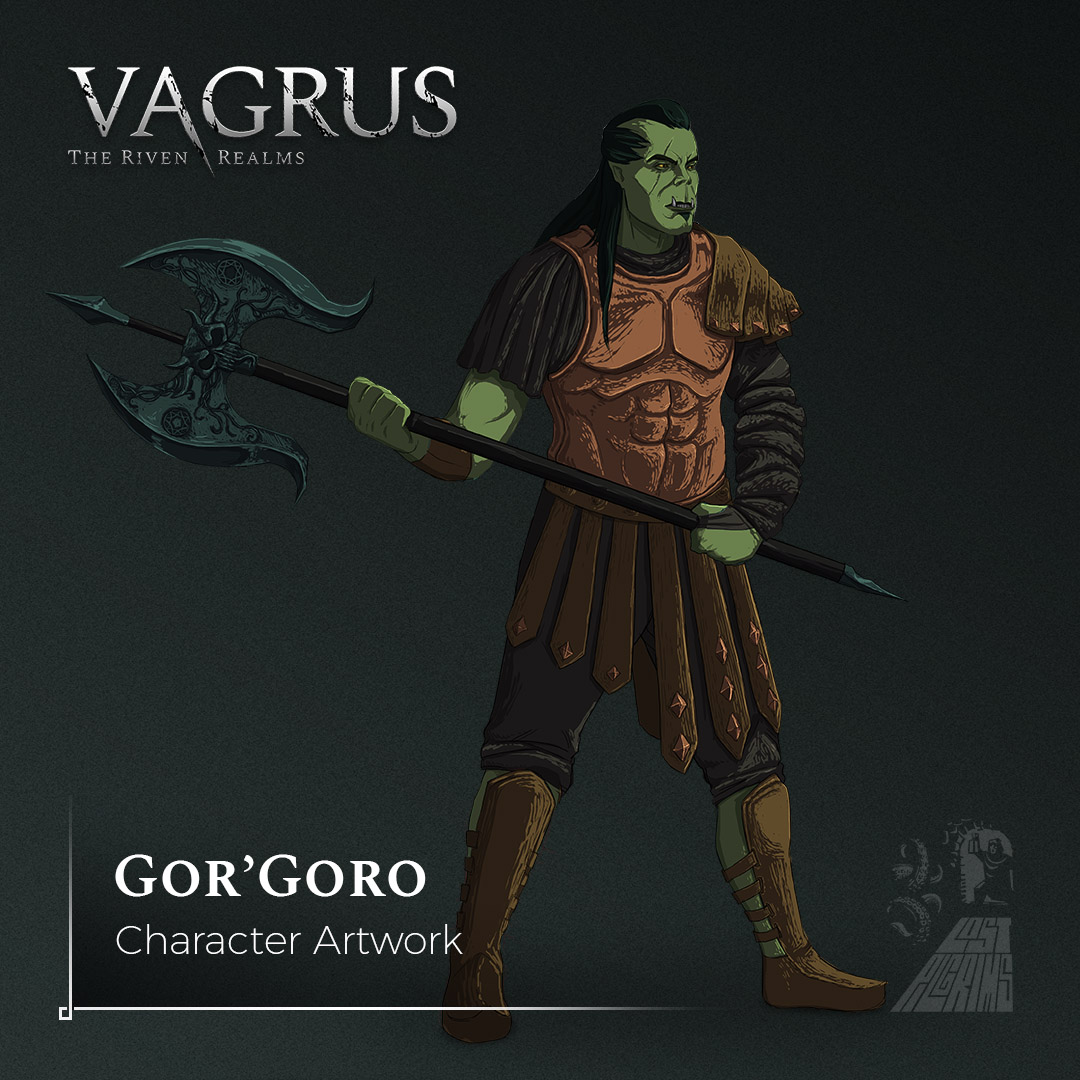 Another character in the long line of non-human cast members is the Orc mercenary and master-at-arms called Gor'Goro. Even among his warlike kin, he is considered a paragon of martial prowess and a very promising leader, yet a strange doubt seems to be tearing at his heart about the fate of his kind. Thus, Gor'Goro has left behind his tribe and set out on his own, swearing to forge a destiny independent of other Orcs and their troublesome politics. For years now he's befriended all manner of warrior folk and settled down in Tor'Zag's Shelter to teach and train. Yet someone like Gor'Goro could never bear sitting on his hands forever.

Armed with his signature winged steel axe, Gor'Goro is a terrifying opponent. Not only can he cleave through armor, flesh, and bone with his brutal swings but he is also very good at taking punishment, making him an amazing frontline character. His mighty roar and insults may taunt enemies, forcing them to attack the sturdy Orc.