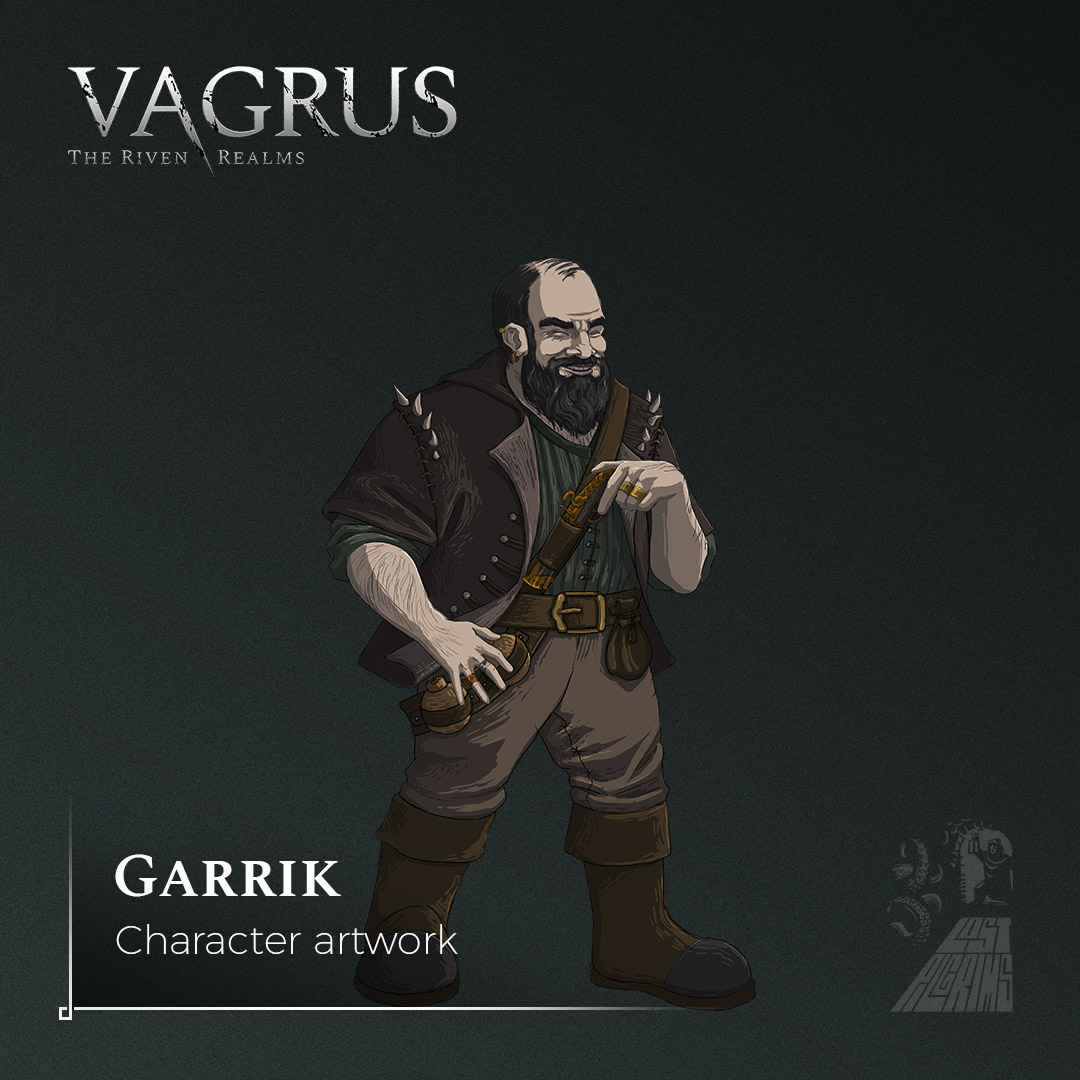 Another non-human character joins our cast, this time a Dwarf! Dwarves are typically lonely, cranky, calculating fellows in the Riven Realms. Their homeland was utterly decimated in the Calamity and has remained uninhabitable ever since. All the magnificent achievements, inventions, and treasures of the mighty Dwarven kingdom went up in flames when it was engulfed in a volcanic cataclysm. And because the volcanoes are still very much active, there is little hope of reclaiming anything from the ruins. Most Dwarves were killed during the Calamity and today, only several thousand remain. For all intents and purposes, they are a dead race.

Garrik is no ordinary Dwarf, however. He is a smuggler and a fence, a nasty fellow and con artist who has many connections to the criminal underworld in the major cities of the middle regions of the Empire. Garrik has been down on his luck lately and some really bad people on his tail; yet he is not so easily defeated and always has a comeback plan.

Garrik is a ranged support character in combat, equipped with gas bombs, salvaged Dwarven runes (that have random effects, yay!), and an ancient, renovated gunpowder pistol (Dwarves used to be able to manufacture the stuff before the Calamity but now only a few know its secrets). Although not very accurate, the pistol shot can be quite devastating.