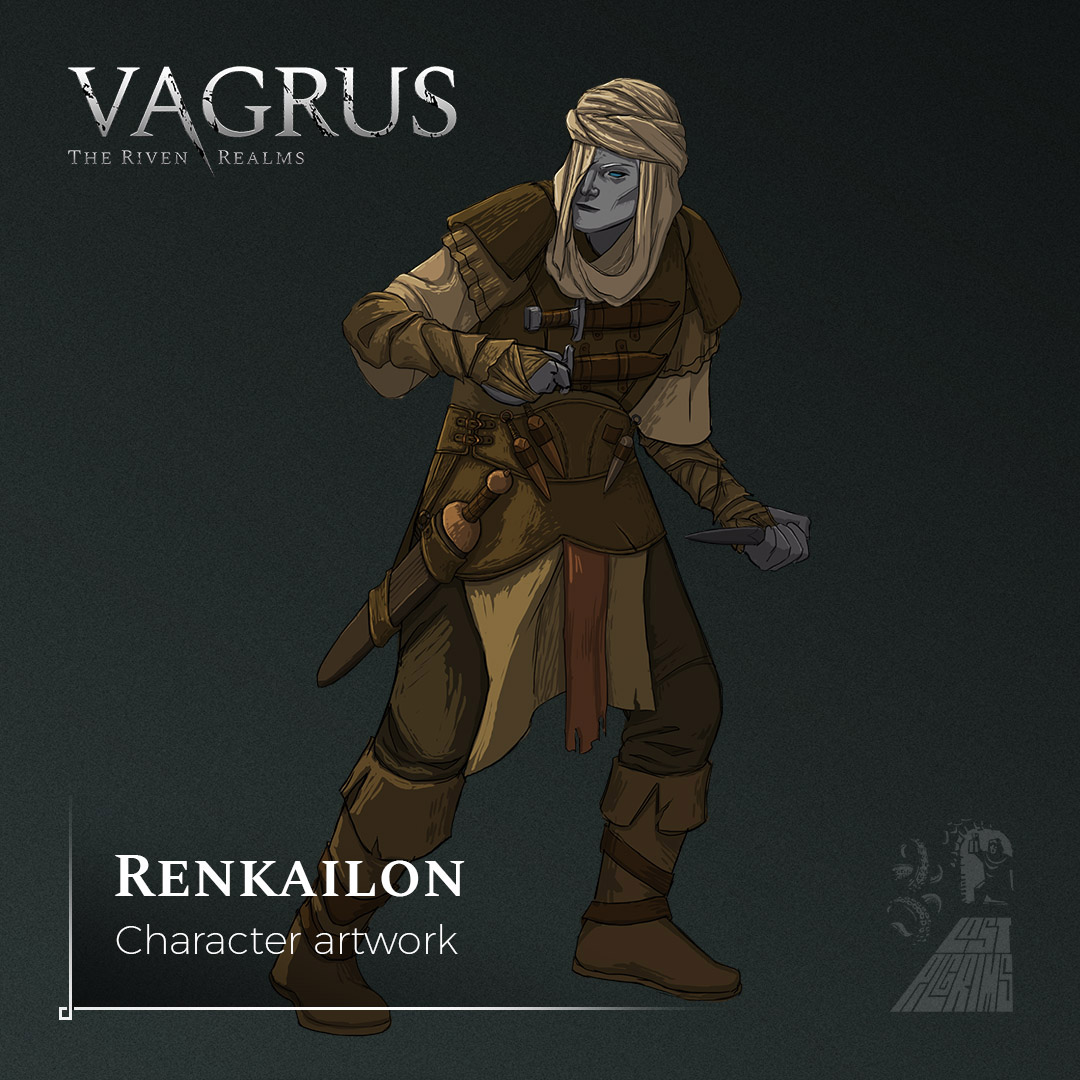 The reveal of our next character marks an important moment in artwork development: Renkailon is the first character who's not going to appear in the Prologue and thus is exclusively created for the main game.

Ren might be familiar to those of you who have read the lead-in short story 'The End of the World' where he appears in a small role. This is him more than 10 years after the events of the short story, still on the road, still working for comitati as a tracker, trapper, and scout.

Renkailon is a Dark Elf, and as such, he enjoys the merciless sunlight even less than most, so he hides his sensitive skin from the scorching rays as much as he can. He is an expert in throwing daggers, keeping a dozen or so on his person. Ren is a ranged-support character who is able to set poison traps for opponents and mark targets. He's a bit squishy but has great damage avoidance and resistances.