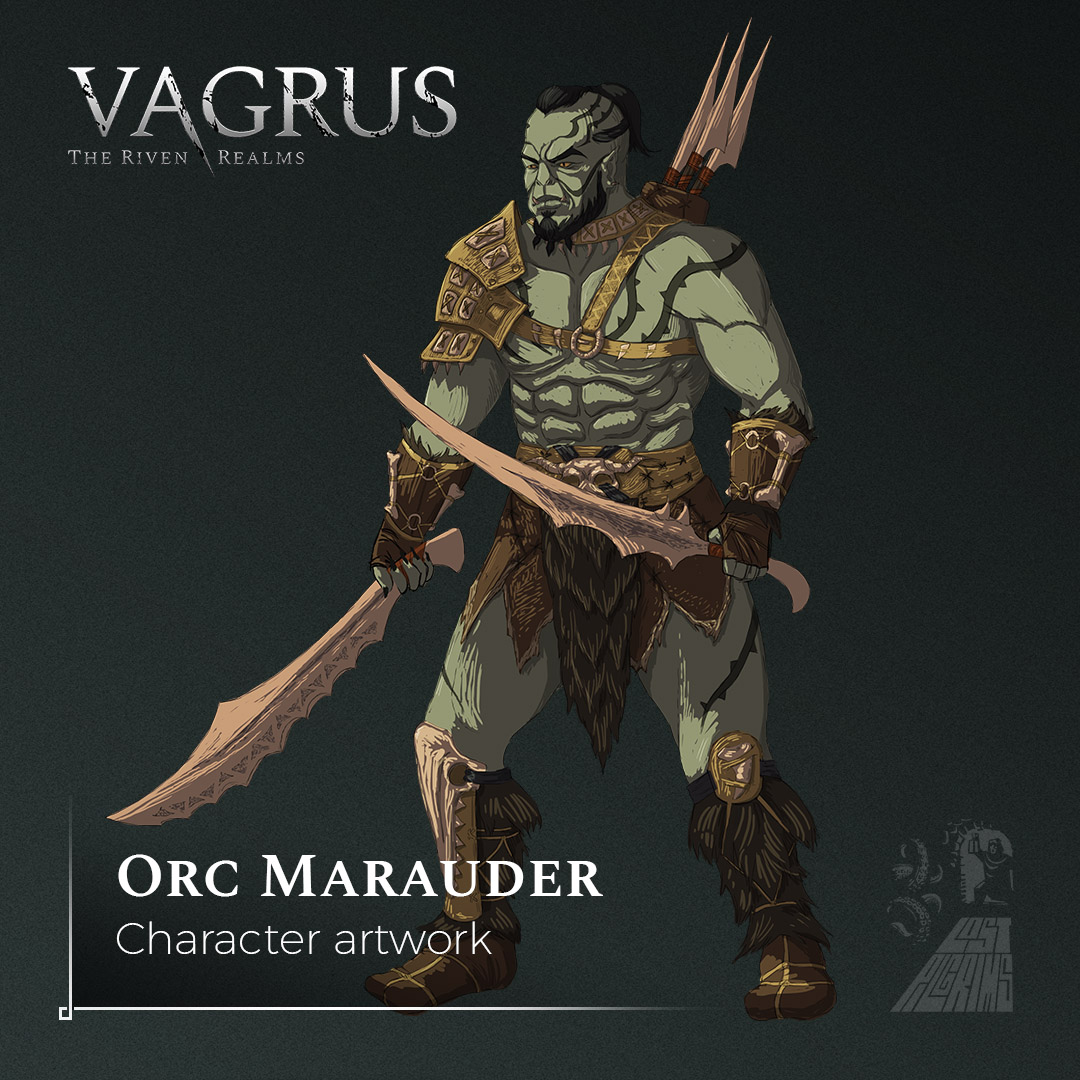 This week's character reveal is the Orc Marauder. Orcs are popular fantasy characters with many different iterations since their addition to fiction by Tolkien. The Orcs of the Riven Realms are creatures prone to violence, sharing a mystical past and origin but they were created fairly recently. They are tribal in their homeland called Darkmoor but rarely travel in groups when far from it.

Many of them find work as bouncers, bodyguards, mercenaries, pit fighters, and other type of hired muscle. They detest slavery or servitude of any form except when serving someone honorable in free will.  That does no mean that some orcs don’t have an easier time putting up with slavery, but many young warriors get involved in liberated tribes one way or the other; just like this Orc outlaw enemy here, who enriches the 'wasteland outlaws' roster. When designing this character, there was an emphasis on a tribal look and on carved bone items (that are much easier to get than metal ones).

Let us know what you think of the character, and thank you so much for your continued interest in the project!