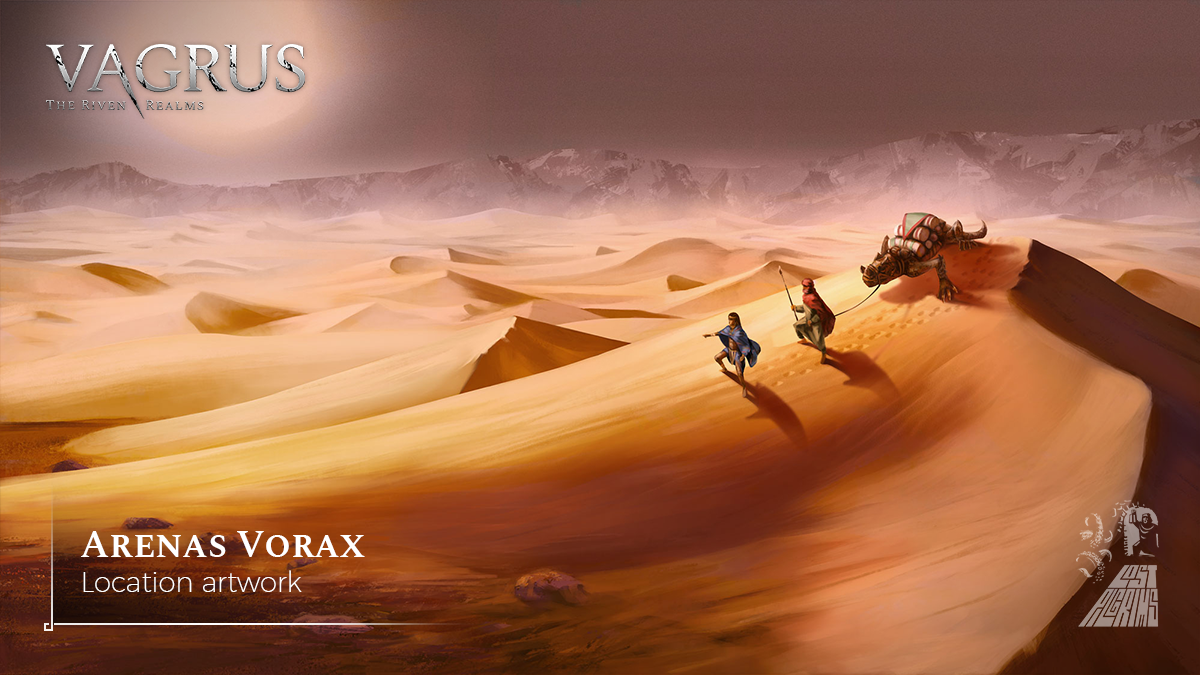 One of the largest continuous desert areas on a continent of many deserts, the Searing Plains spans several provinces that used to be forested regions and fertile plains before the Calamity, but became scorching hot and arid lands of sand dunes and little else. Some parts of the plains have low mountain ranges, rock gullies, or ravines, but, yellow sand dunes and salt flats remain the most common features. A constant, hot wind blows from the East and North, creating sandstorms regularly.

Here and there, one can find a lonely oasis, but these are pretty rare, and if they are not occupied by a faction, it means that they are currently contested. The vast northern part of the Searing Plains is called the Voracious Desert (Arenas Vorax in the Imperial tongue) and it is a desert of yellow sands and great, rolling dunes. Many avoid it altogether because of the numerous and hidden quicksands that plague the place. Tribal people called the Sadirar inhabit some parts of Arenas Vorax (although they mostly just travel through it and actually live west of it). The Sadirar lived through the Calamity in underground, magically enforced shelters called ‘calerus’, and emerged hundreds of years after the cataclysm. By then, their homeland turned into desert, so they learned to adapt to the environment. The Sadirar today have a shamanistic religion revolving around the worship of nature and the elements. They are less aggressive than other tribal cultures on the continent, but they are still very territorial.