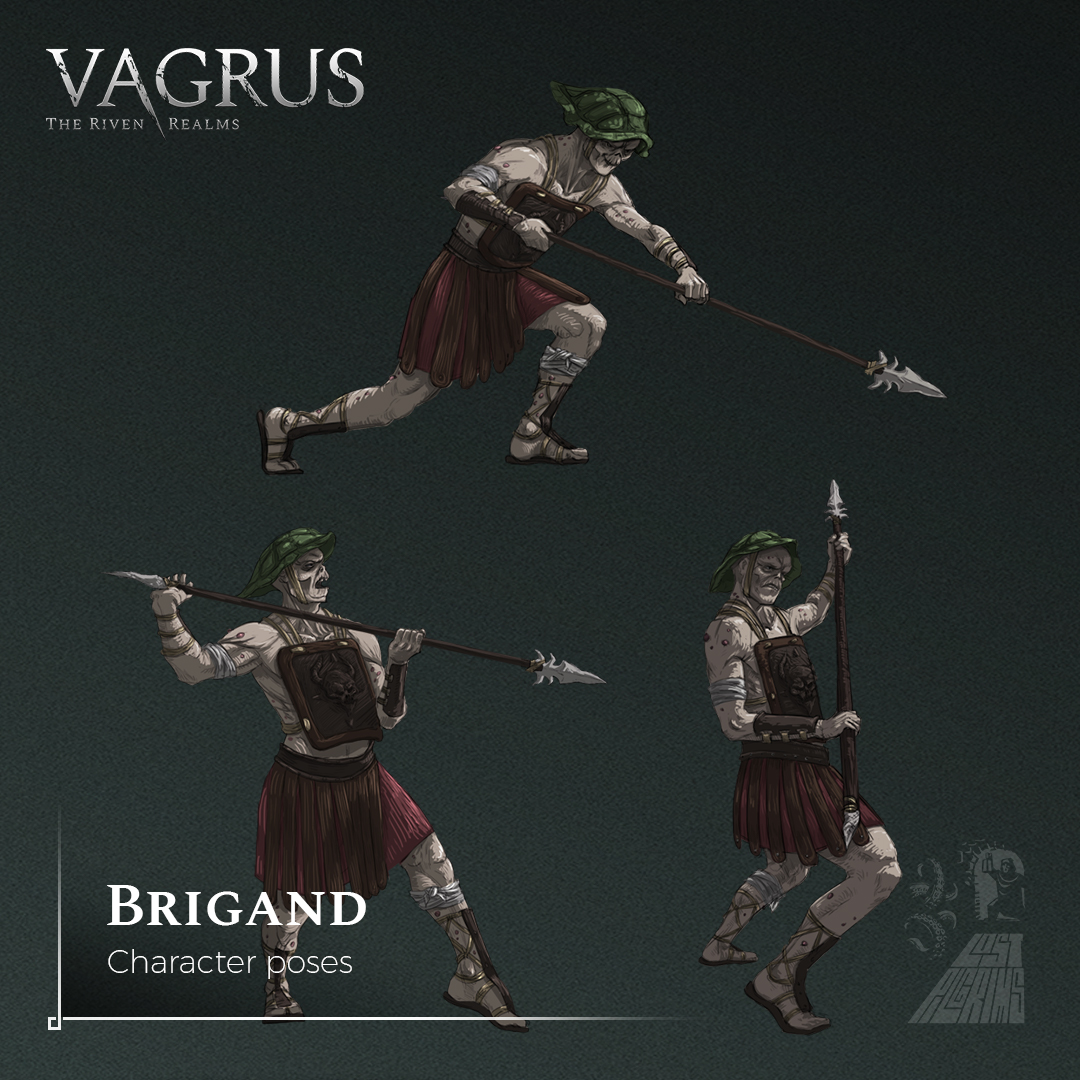 More character poses! This time for the good old Brigand - the very first character Szonja designed for the game!

The first image (top) is for Hamstring, an ability which immobilizes the target. The second (bottom left) is for Fend Off, an overwatch-type combat skill where the Brigand targets an empty space on the battlefield. It's bad news for an enemy if they move onto it. The third one (bottom right) is the Brigand's block/defense pose. The brigand is a very versatile support/defensive character for the outlaw roster, able to block spaces and defend other combatants, making him quite a pesky enemy.