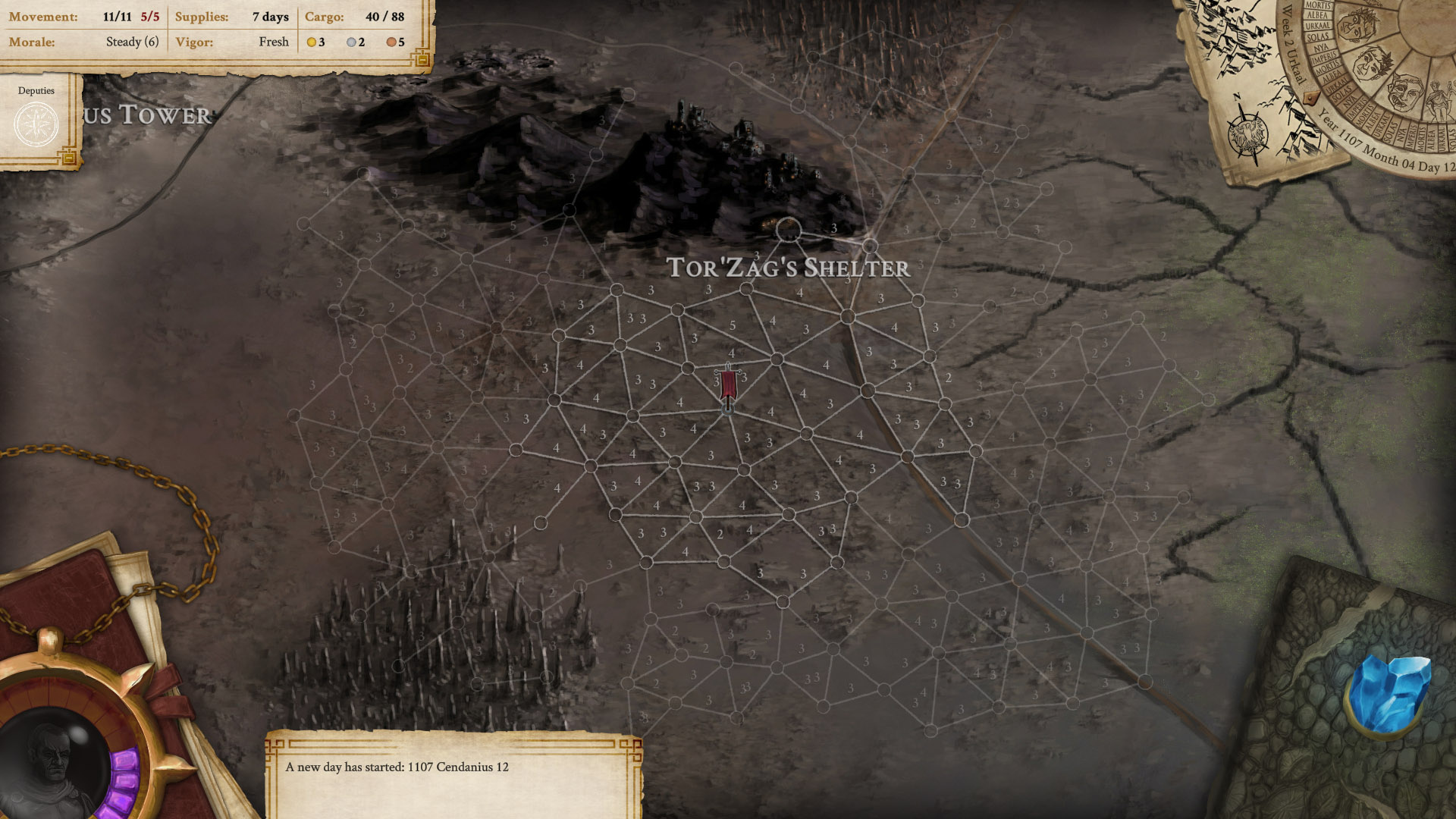 As we are getting closer and closer to releasing the first playable build of the main campaign of Vagrus, it is perhaps a good time to talk a bit about the differences between the open world campaign and 'Pilgrims of the Wasteland'. The focus of this is going to be narrative design and stories but there are going to be implications on gameplay as well.

Encounters of a Random Kind

One of the most noticeable differences between the standalone story and open world (thought the second part of Pilgrims has this to some extent) is the frequency and importance of random encounters. These Events appear while you are traversing the Riven Realms. The longer it is you haven't come across an Event or encounter, the more likely it is that something will come up.

Part of the encounter Events are unique to each location (regions or sub-regions) while others are more generic and thus can appear in a wide variety of locations. The intent was to give interesting (and dangerous) things to do while en-route to some place and of course, to keep players from becoming careless while 'just traveling'.

There's a Right Place for Everything

Another significant part of Events in the open world part are fixed in location. You can find them by the use of Scouting (or by happening upon them on their node) and interact with them by using the Explore button.

A much more elaborate form of these fixed Events are settlement and point of interest Events. We like to call these persistent Events, though many will disappear upon completing them due to narrative reasons.

Have Anything for Sale?

The aforementioned settlement Events are also mostly persistent; many of these you can repeat again and again, as these represent facilities, shops, tasks you can take, or activities you can do in cities or villages. The selection of these Events gives character and utility to settlements; it also makes players travel between them a lot when certain functions are only accessible (or are only profitable) in certain places.

A Tale for the Ages

The meat and potatoes of content when it comes to Events are of course quests and storylines you can take part of. These are typically started in settlements, though some are accessed through random Events, too. Such storylines come in all sizes and varieties. A certain part of these will be dedicated to Companions' personal questlines. These don't only give backstories to your heroes but are also tied into their progress: Prowess levels 3, 6, and 9 are unlocked by reaching certain points of their questlines.

The impact of quests and stories on the world and the player vary as well but many influence one or the other. Tone also plays into this: Vagrus is low key for the most part but sometimes the player does have an influence on things, for example, in deciding which Trading House wins a rivalry to dominate a settlement. Or if a camp of outlaws get to thrive or be ousted by the Empire.

As you can guess, writing and testing all this complexity is quite a task: the challenge to judge and balance the size and difficulty of Events grows exponentially as more and more content is created. Another tough part is to find the sweet spot of the frequency of random Events, as well as their distribution spatially and even in a timeline (would a story activate only in certain season or at a given point of time?).  We have our work cut out for us but the intent is to create a living and changing world that feels dangerous but certainly one you'd want to explore.

We are eager to share the Open world prototype to get feedback about all this and to see what you think of the branching, layered narrative. There are still a few things to complete but we are progressing well, so you can probably expect an announcement in the near future. This would not have been possible without your support. Thank you so much!