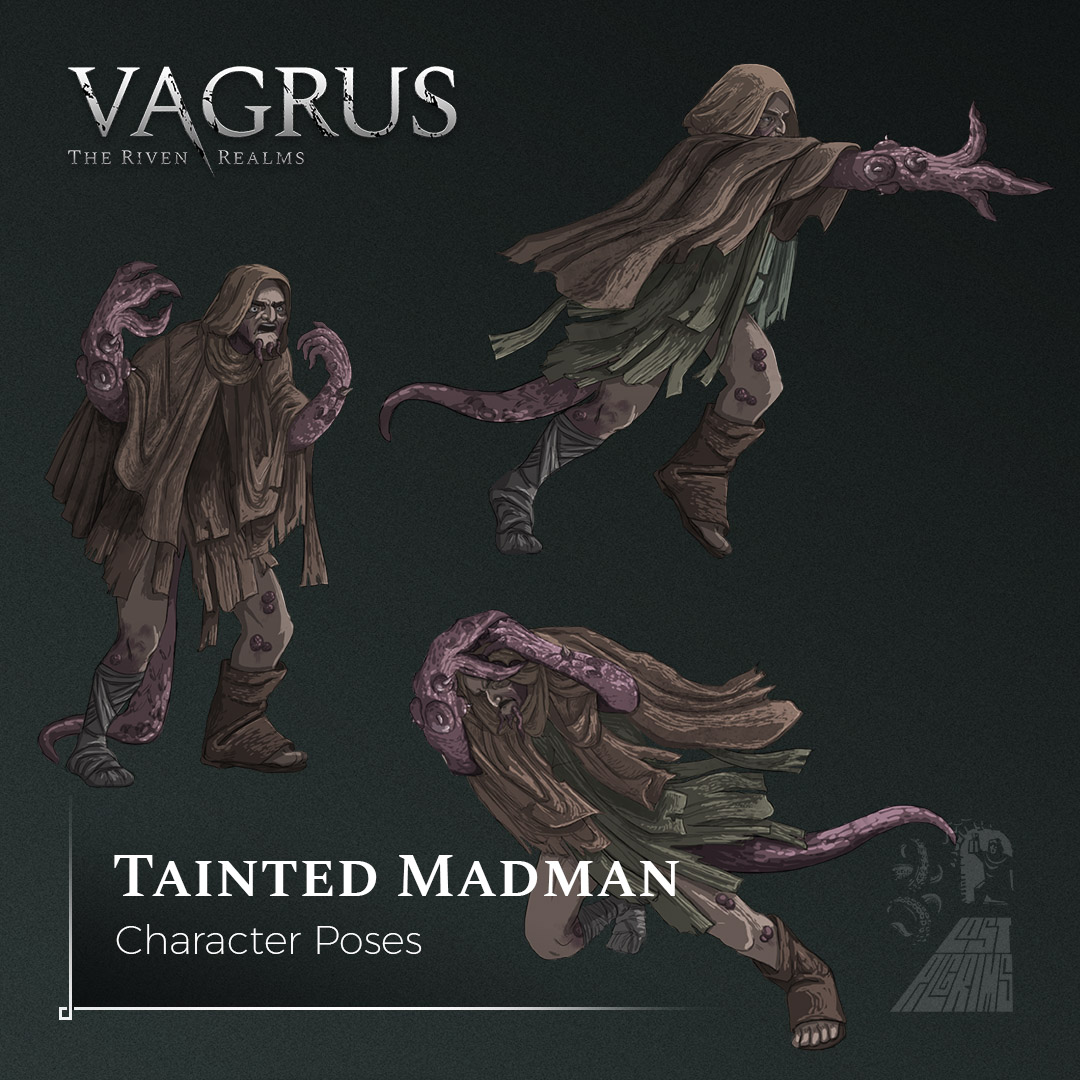 As the name suggests, Tainted Madmen are unfortunate souls driven insane by the arcane disease called the Taint. Even if it does not directly erode their minds, the more extremely mutated of these forsaken are cast out by family and society, which is often enough to start them down a path of madness and desperation.

As enemies in the game, Tainted Madmen are often encountered all around the central regions of the Empire. Living in city gutters, sewers, or caves in the wilderness, they often emerge to waylay passersby.

Though you will see several varieties in mutations for this enemy (many with animal-like traits that is common with the Taint), they have two skill that they use in combat:

Tainted Attack: A single-target melee attack that would not be very dangerous if not for the fact that it can randomly cause poison or bleeding effects.

Insane Rage: Overcome by pain and rage, the Madman gains a lot of buffs for a few rounds: additional Accuracy, Critical Chance, and even an additional Activation per round. This ability is the real danger when it comes to these enemies. You can deal with it in several ways (like focusing down each buffed enemy, or using an ability that Stuns) but if you don't, they can shred through your companions with relative ease.

A single Madman presents little threat to a well-armed group of companions but their strength really is in numbers most of the time.