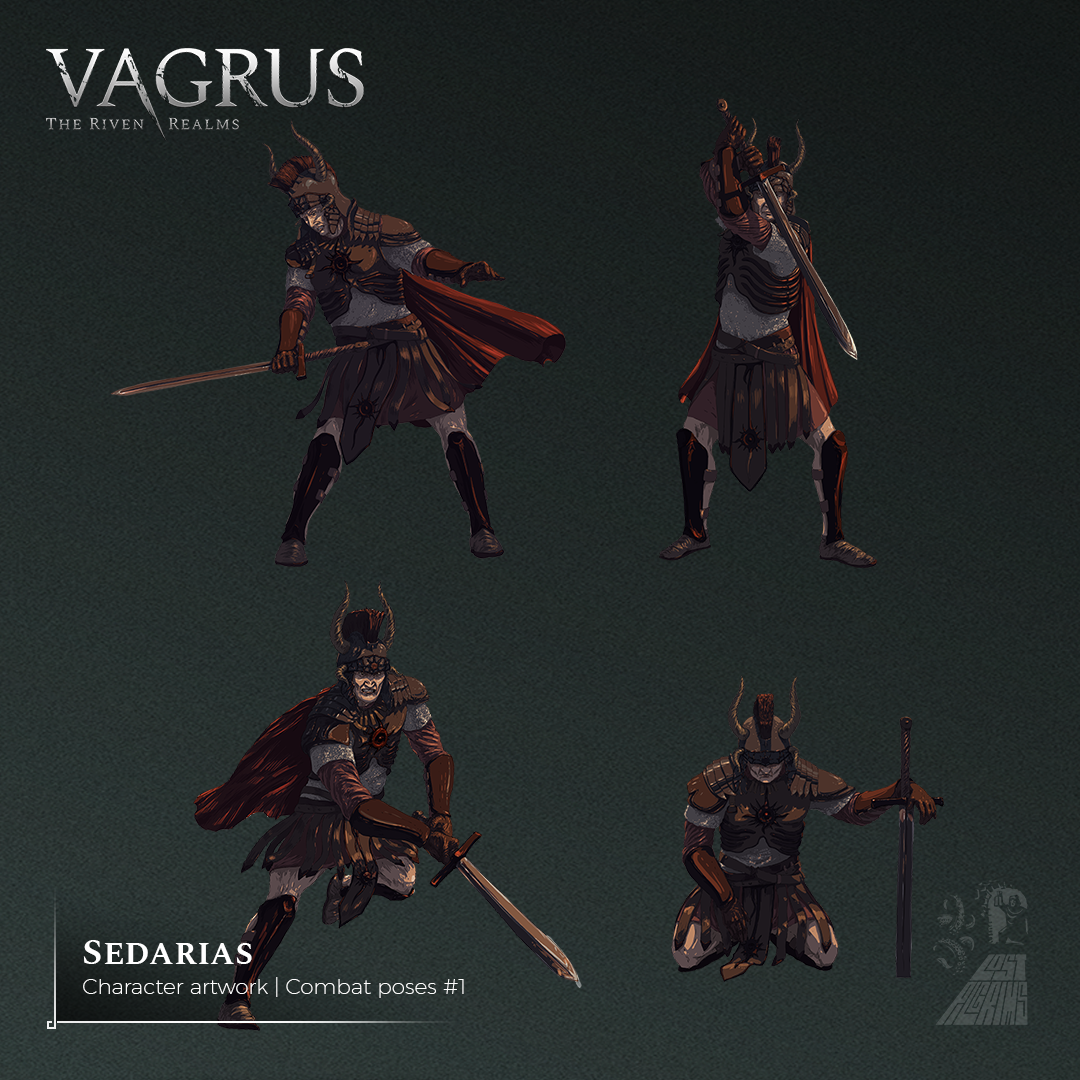 As we are adding more and more characters to the game's combat, we thought you might be interested in how they appear there.

Anything a given character can do in combat (like blocking or dodging, being hit, attacking or using various skills, and even standing idle) has an assigned artwork (a sprite) that appears when that action is performed.

These two images here show some of the action sprites Sedarias has. Some powerful two-handed sword swings make up his offensive abilities, augmented by Bane (a curse he can cast on opponents).

The rest of the sprites are his defensive, idle, struck, and defeated ones.