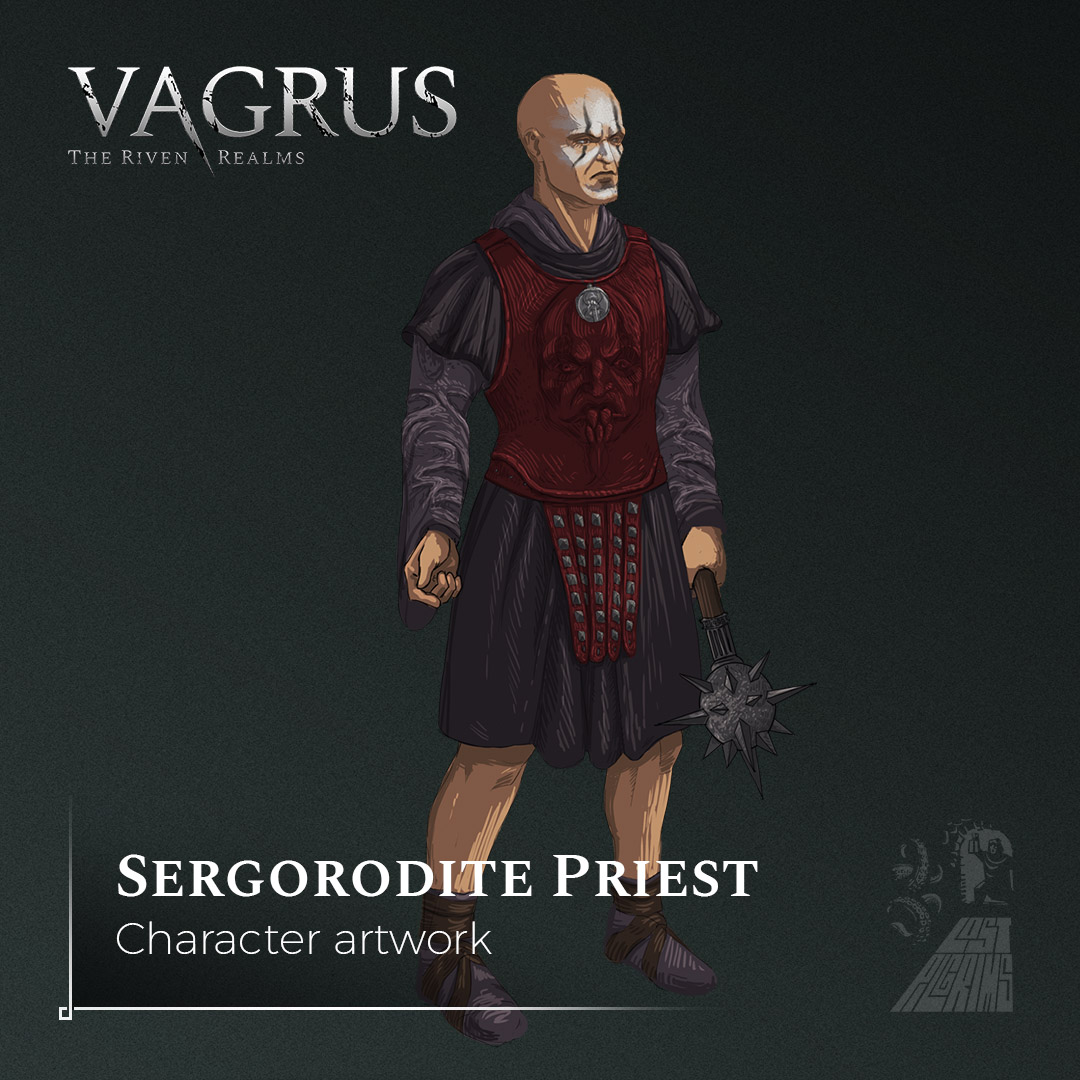 This time, another enemy that sometimes can appear as an ally: the Sergorodite Priest.

Priests of Sergorod are the lowest ranking but already ordained members of the Church of Sergorod. One of the three new gods of the Triumvirate - the patron gods of the Empire -, Sergorod lords over the spheres of vengeance, anger, curses, grudges, and malevolence. Those who enter the service of the Church usually train as novices to become ordained priests of Sergorod (some of them join the more militant Cult of Retribution or other more obscure sects, though).

The duties of Sergorod’s priests involve taking part in law enforcement, judicial offices, and various military assignments. By all intents and purposes, Sergorod is the god of the war as well as the keeper of law and order in the Empire. One of the most feared ability of his priests is to see through lies, which comes in handy when interrogating suspects in criminal cases.

Sometimes priests are in the entourage of Knights of the Black Sun and legionnaires to hunt down, judge, and execute enemies of the Empire such as bandits, raiders, or abolitionists. They are usually armed with maces and axes, chosen weapons of their god. Priests of Sergorod are adept at drawing on the malevolent energies of their god, utilizing it in combat in the form of curses and vengeful enhancements.