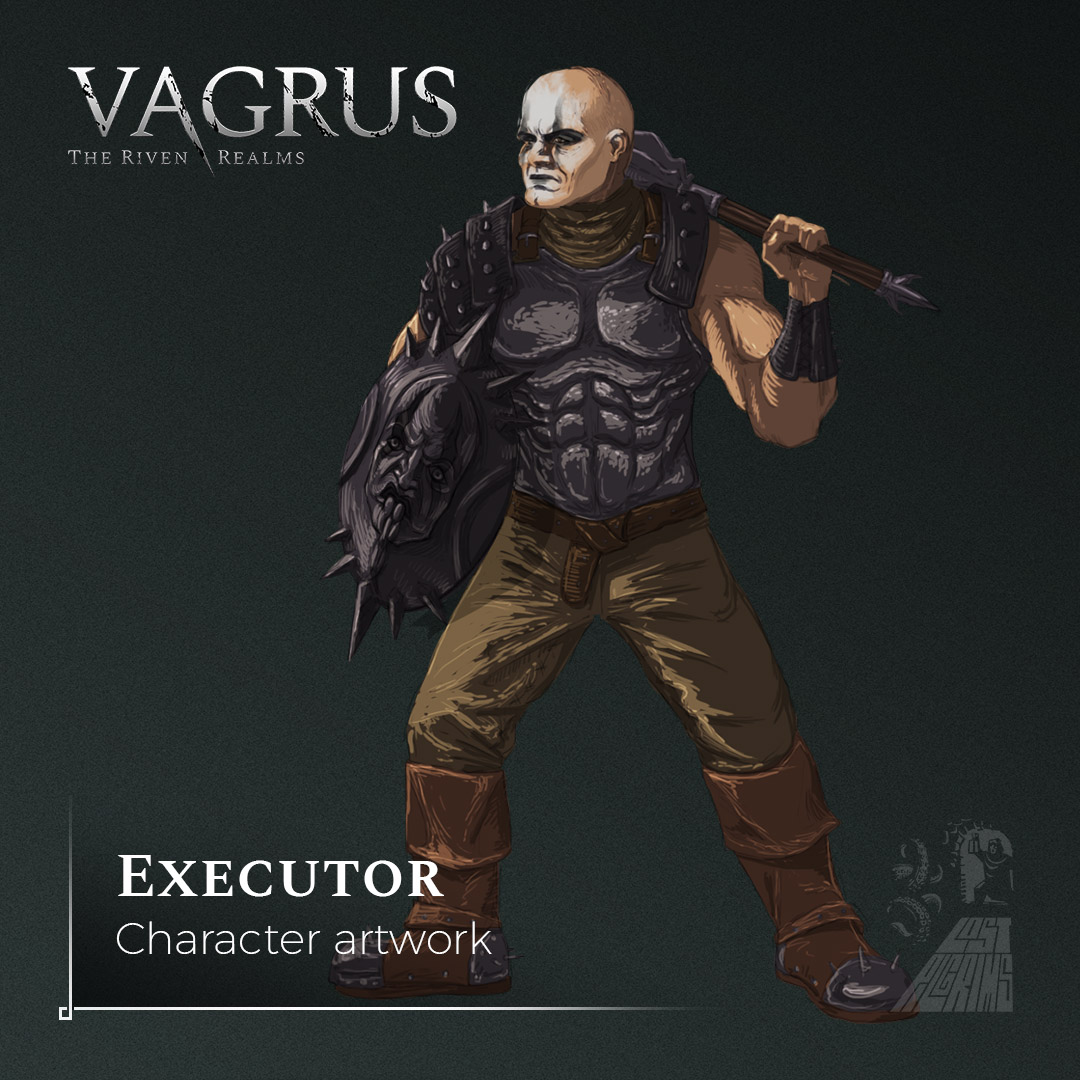 This week we have another character art for you: the Executor. These unholy men are enemies in the main game, but the Prologue does give players the opportunity to have them on their team, albeit briefly.

But who are these grim individuals?

Executors are the armed enforcers of the Church of Sergorod. As one of the three new gods of the Triumvirate - the patron gods of the Empire -, Sergorod is known as the god of vengeance, anger, curses, grudges, and malevolence.

Most of those who enter the service of the Church train as novices to become ordained priests of Sergorod, but some of them join the more militant Cult of Retribution. The cult puts emphasis on martial training over theology and divine magic, and novices strive to become Executors, agents who make up an ideologically and theologically conditioned police force that does the Church’s bidding without question. Executors are stationed in large cities mainly, due to lack in numbers - the harsh training and unquestioning loyalty does not draw that many. Arch Executors are powerful men who organize the police force of districts. Sometimes Executors escort important Triumvirate leaders or civic officials. Other times, they are in the entourage of Knights of the Black Sun and legionnaires to hunt down enemies of the Empire, such as bandits, raiders, or abolitionists. Executors are generally armed with the symbolic weapons of Sergorod (maces or axes), and are often heavily armored (even using metal armor pieces thanks to the wealth of the Church).