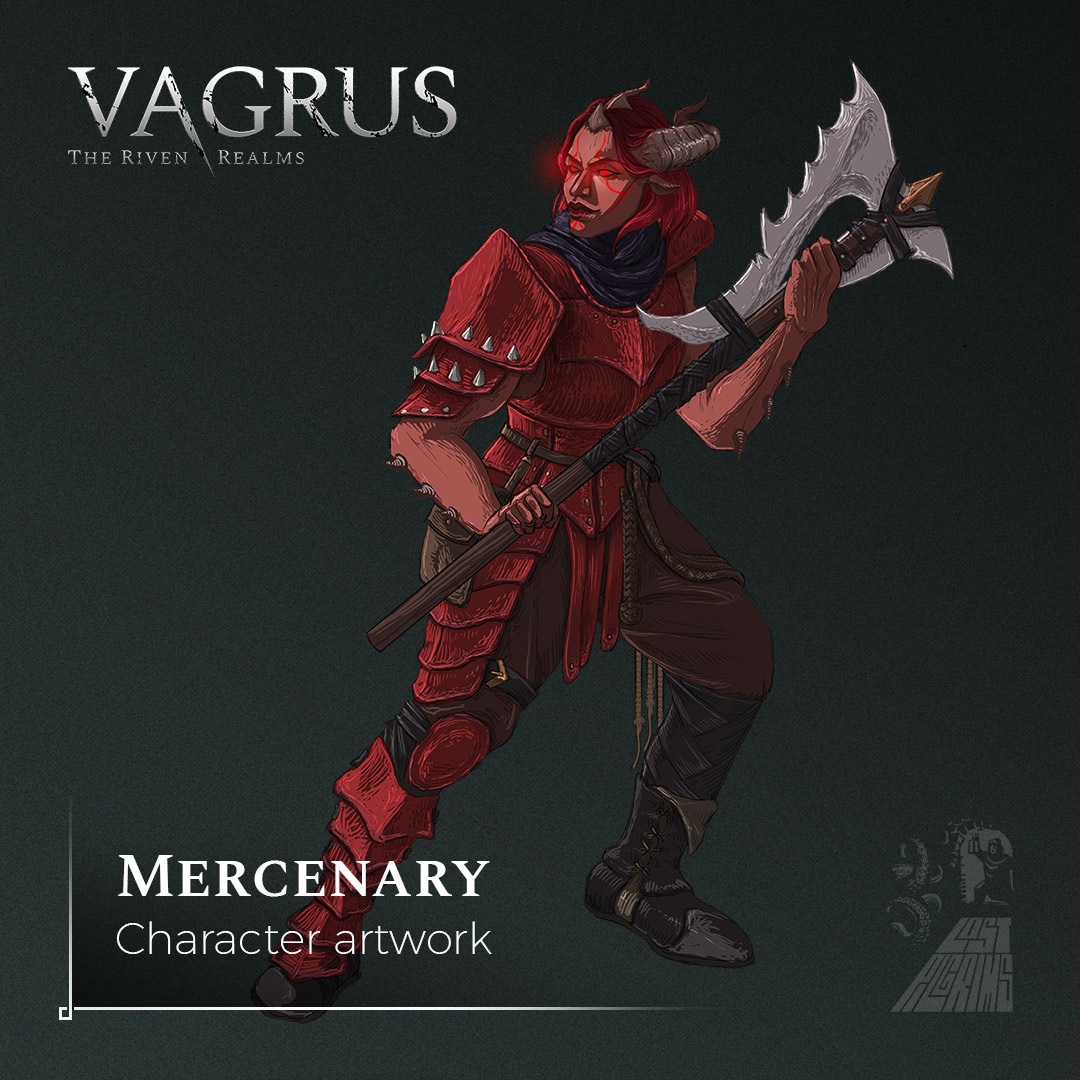 Time to reveal a new character today: the Mercenary.

One of the mercenary characters in the game, this lass is a melee expert in combat and a tough customer to boot. Players will come across her in the Prologue as a friendly NPC, but later on she can be encountered more frequently as a mercenary enemy. Apart from her axe, she wields a whip to great effect. Her painted leather armor is light but sturdy.

She is also a Demonkin, a race that has a bad reputation all over the continent of Xeryn. Demonkin (or more colloquially: Demonspawn) are thought to have been created when mortals mingled with demons, so their ancestors have demonic blood, which produces all kinds of physical changes and sometimes magical powers. Not true Demons and not even half-bloods, these beings are mere mortals. No two Demonkin are completely alike, since their appearance and abilities not only depend on what kind of demon they hail from but also on their mortal lineage. Members of other races feel upset or aggravated around them, yet Demonkin are not inherently evil or aggressive. However, since people often treat them badly for their notoriety, they frequently end up living a life of crime and violence.