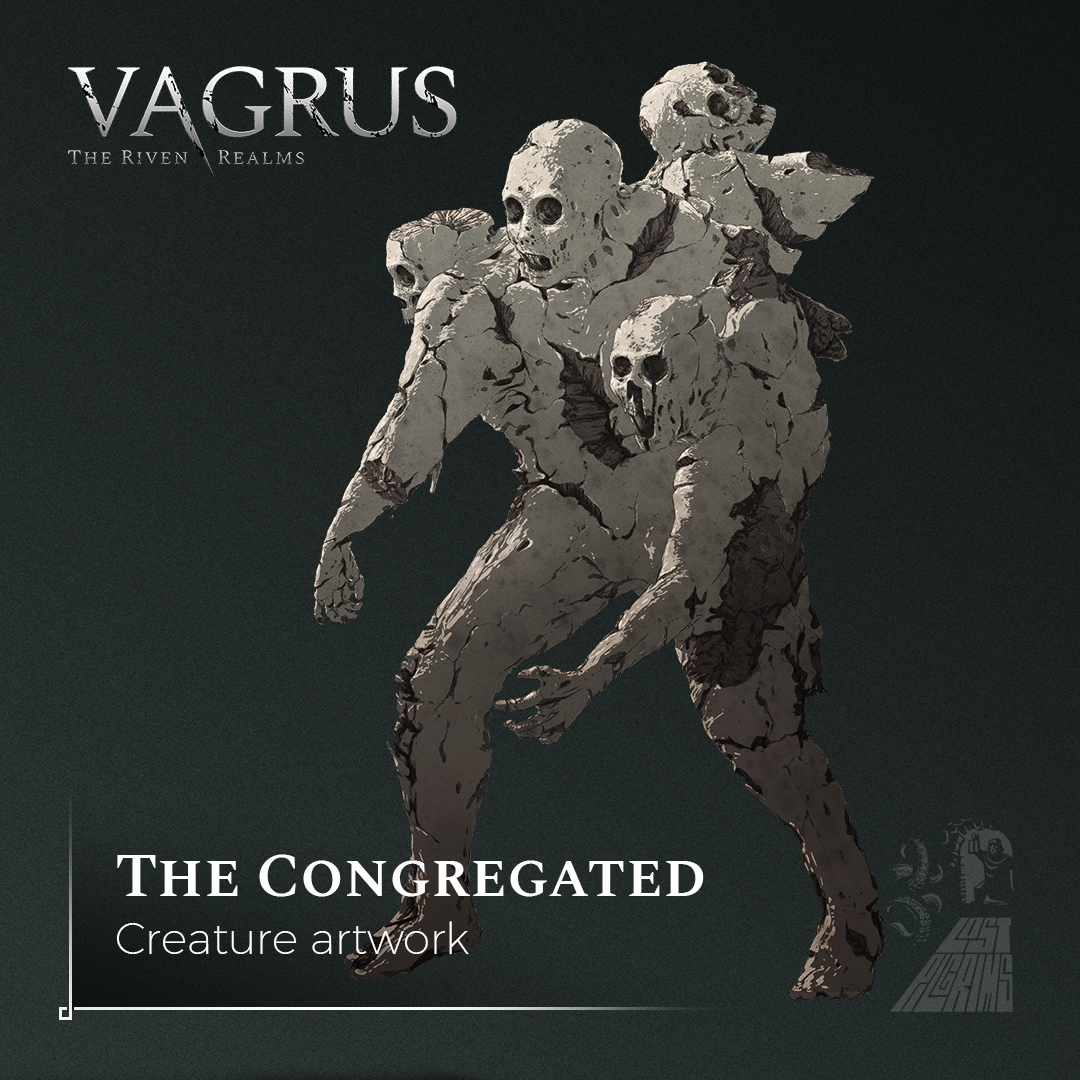 Another horrifying undead joins our creature roster: the Congregated is here. It'll be one of the more challenging enemies in the game.

A unique kind of undead was formed when the lethal hot ash of the volcanic cataclysm hit the regions at the foot of Dvendar Tharr in a wall of searing death on the eve of the Calamity. The ash cloud covered many human settlements in a heartbeat, finding people on streets and inside homes. These unfortunate souls died an agonizing, fiery death, and did so in the most unexpected positions, often clinging to each other in their final moments. The ash blanket preserved them, and the curse of the region later reanimated them: amalgamations of corpses that are drawn to all life and bent on extinguishing it. The Congregated. They are fused together forever by the ash and the curse, encased in a grotesque, porous, stone-like form. These sad beings roam the area near the lost kingdom of Dvendar Tharr, a lethal threat to all travelers.