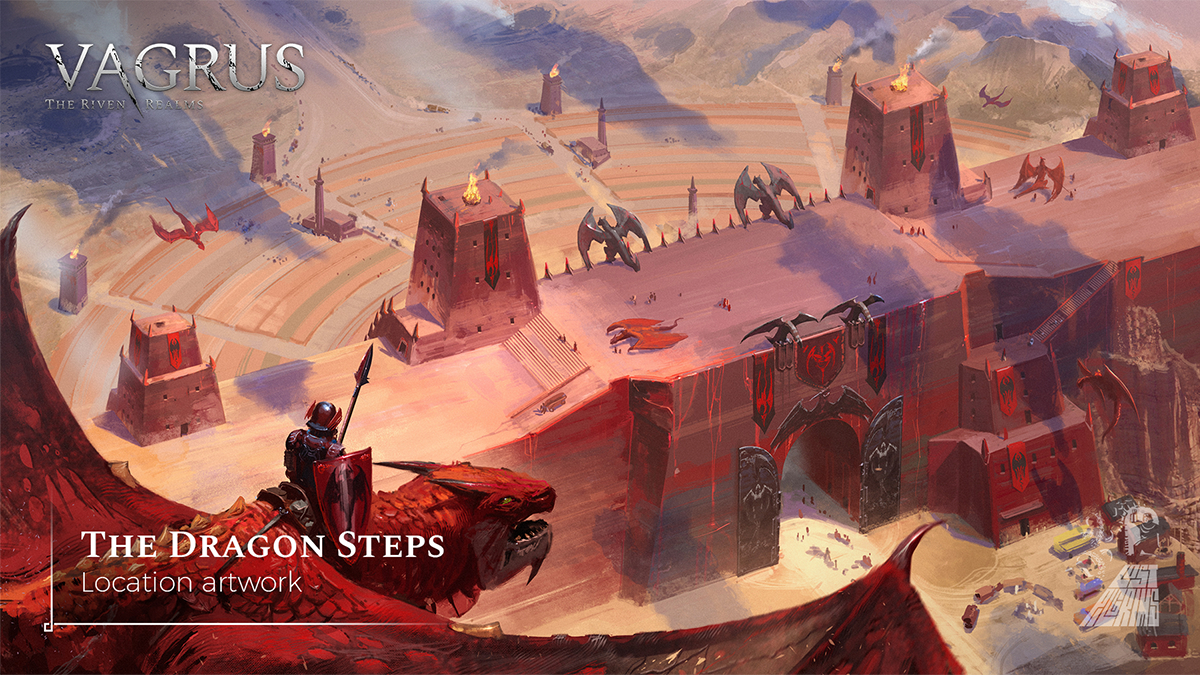 After the Dragon Lords arrived and descended upon the broken continent in the wake of the Calamity, they settled down in the middle of the landmass and cast their ancient magic on an area large enough to comfortably sustain their nests and broods. The magical energies crushed the plains and physically elevated the region, molding it into spacious highlands and great mountain ranges, as well as carrying up earth and ore from deeper below, thereby banishing the fallout of the Calamity, making this land fertile once again. Thus, the Dragonlands were born.

The Dragon Lords then shaped the highlands with their will, making the surrounding mountain ranges difficult to pass through, save for a few points of entry that are much easier to guard. In the following centuries, their kind invited humans and mingled with them, creating the dragonkin, and ultimately, a new sovereign country. The Crimson Gate is one of the entry points into the Dragonlands, built by the Red and Bronze Dragon Lords - even though the red one, Firokrayg took most of the credit. Ever since its creation, the Gate stands tall and threatening right over the Dragon Steps, guarding one of the most frequented trade and travel routes into the obscure country. A special battalion of the Red Dragonguard is tasked with holding the Crimson Gate and its fortified walls, something they have been proudly and unerringly succeeding at for centuries: no enemy ever breached the Crimson Gate, not the Imperial Legions in the Dragon War, nor the Orcish invasion in the 8th century, nor any other - albeit smaller - incursions of late.

Standing on the outer side of the Crimson Gate are the Dragon Steps, supposedly the largest set of stairs in the world, partly built from rock, partly carved out of the sheer mountainside that leads up to the Gate. Guard towers and small forts stand at intervals, looking over the twin roads that cross the miles-long stairs.