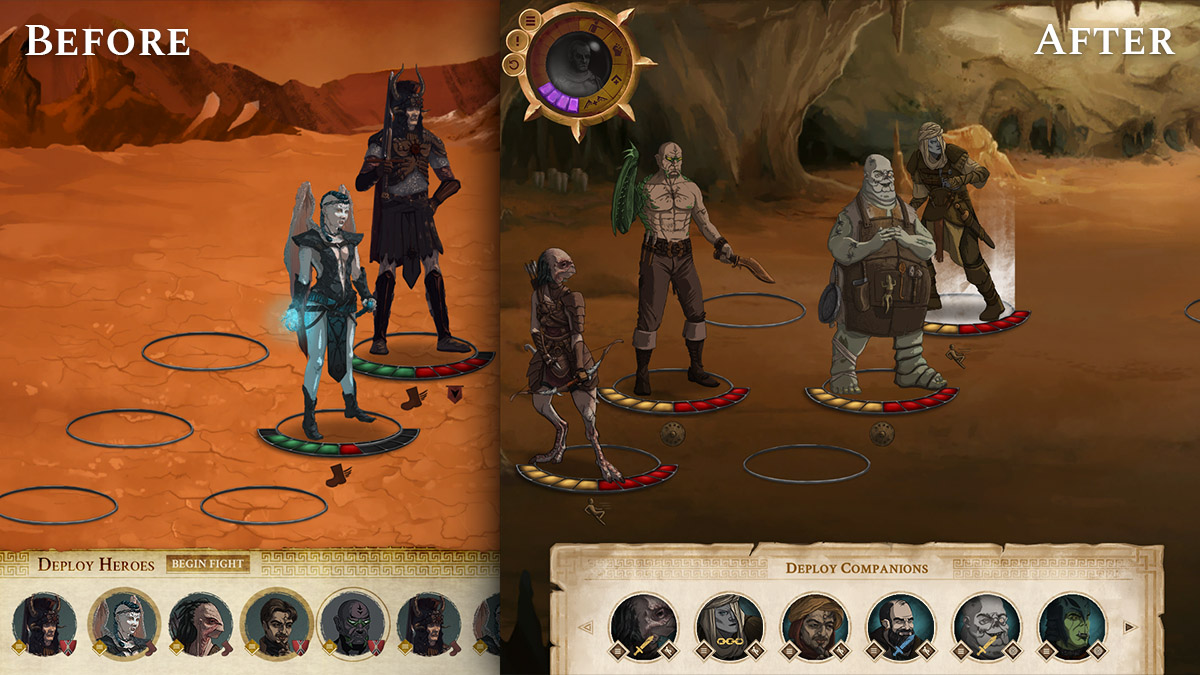 Hey Vagrus Fans,
while our Fig crowdfunding campaign is in full effect, we've been busy working on one of the gameplay updates: the new deployment features for Companion Combat.

Above you can see the old and the new Deployment UI and probably can easily spot the differences.

Previously, it was a bit difficult to tell who is already deployed (in a fixed way due to the narrative) and who you can deploy. Additionally, now there are all kinds of different states that Companions and Allies can be in, including:

Can Be Deployed: These companions can be deployed normally.

Already Deployed: These companions with the golden sword icon are already deployed on the battlefield.

Fixed Deployment: Denoted by the golden chain, these companions or allies are pre-deployed and their position can not be changed.

Must Be Deployed: These companions or allies must be deployed for this particular combat (denoted by the blue sword) but are not yet deployed. You can not begin combat until all such characters are on the battlefield.

Unavailable: This particular companion is greyed out and thus not available for this fight (this can happen for various reasons).

Wounded: You can deploy wounded characters (red glow on portrait) but it's risky, as they can be downed more easily and potentially even die.

This redesigned deployment update will be included in the next release of our Open Access build. If based on your pledge tier you are eligible for Alpha access you only need to link your Discord account here on Patreon and you will be automatically granted with the necessary role on our Discord server to access the build there.