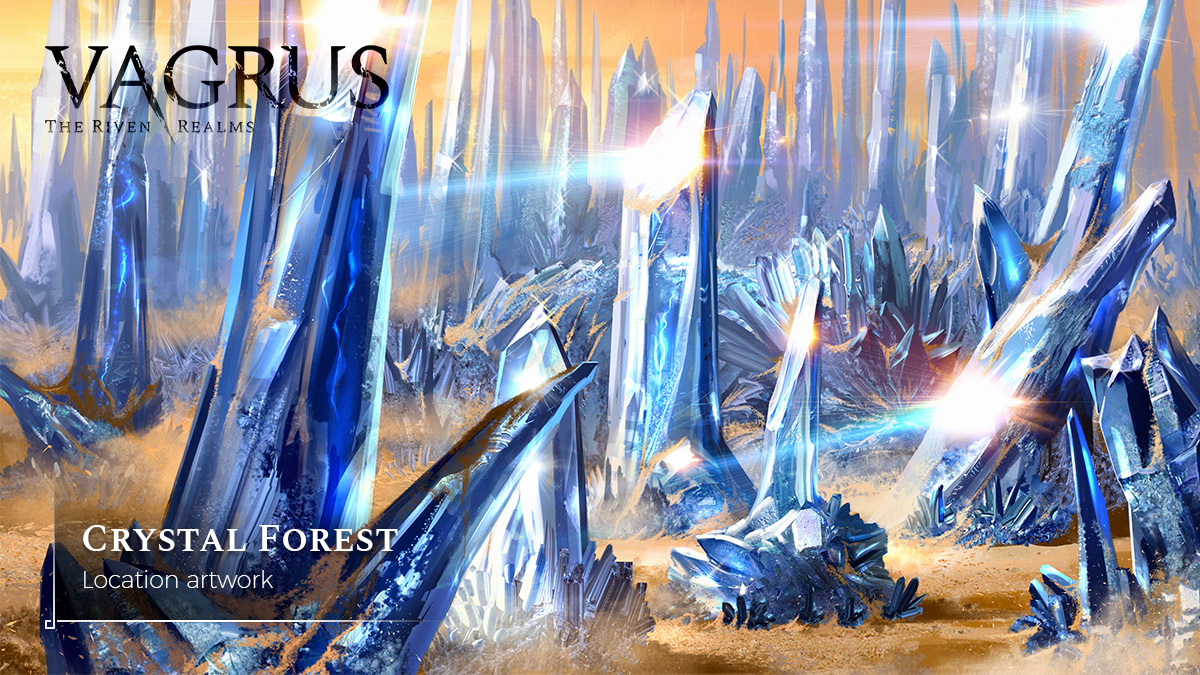 The Imperial word calerus has come to describe the many crystal forests that now dot the continent of Xeryn. The vast majority of these forests can be found in the east, in the province of Sargot Kala but some have grown in the central region of the Empire. Some caleri can be visited in the game, such as Loom, or the twin caleri simply called North Calerus and South Calerus.

All caleri have thousands upon thousands of towering, spire-like crystal formations stacked together to form a forest of sorts. Most of the crystal is valuable but there's a catch: sunlight heats up the crystals so much that being near them becomes unbearable during the day. There are many stories about people who got cooked alive due to being greedy and staying too long in a calerus. More importantly, the refracted light during the day can actually blind you. For these reasons, people generally avoided the forests for a long time but then crystals became much more looked after as a resource thanks to the rise of crystalmancy (magic that utilizes crystals). Since then, the caleri are harvested slowly but steadily, mostly during the night, which saves one from the unbearable heat and blinding light but still carries the danger of being attacked by crystalline creatures.

A whole industry has risen to meet the growing crystal demand of Imperial society and with attainable riches came competition, too, leading to veritable wars over the resource. Some say that the caleri are actually alive and have a vast, slumbering consciousness and warn us of the day when the caleri will awaken.