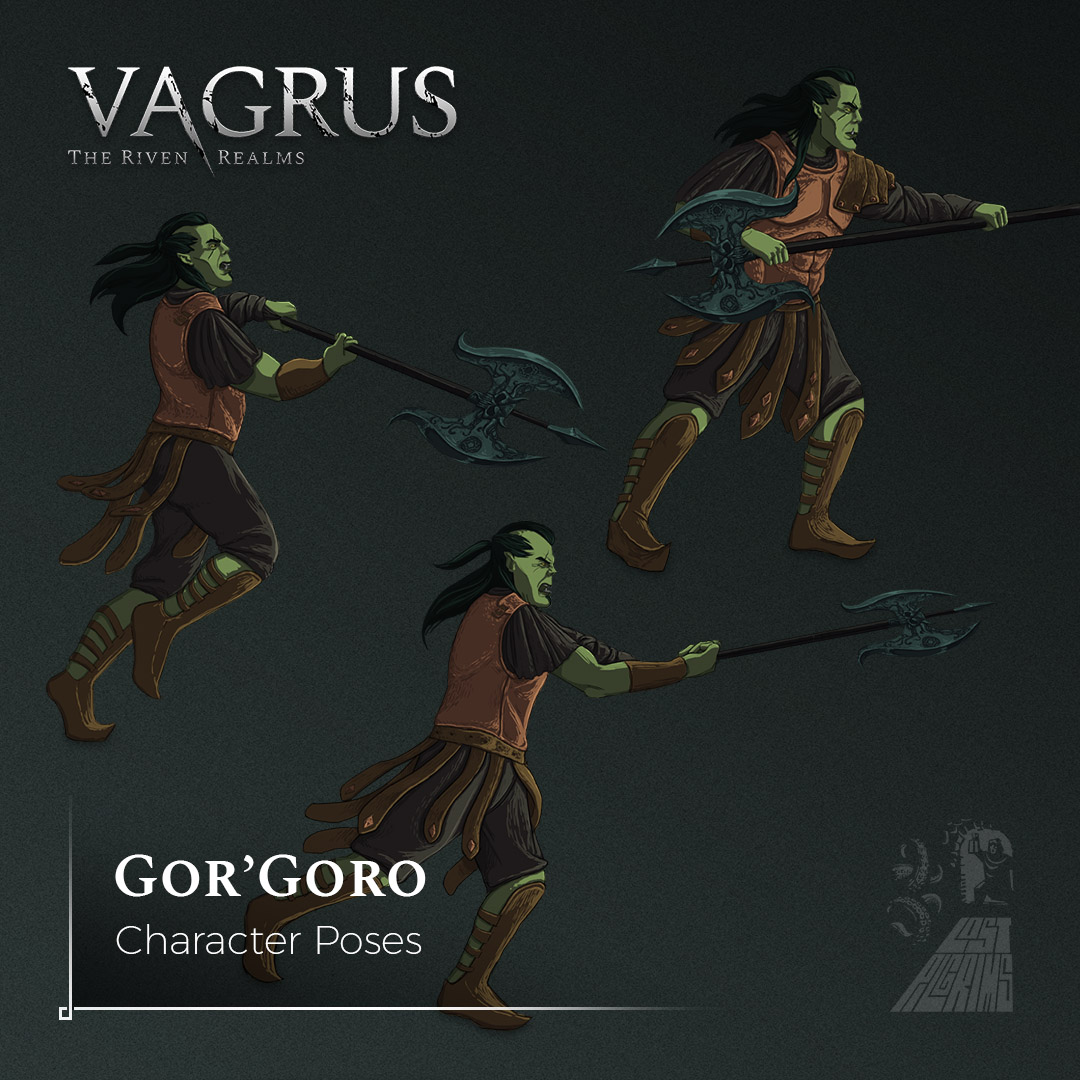 🎉 Our crowdfunding campaign is LIVE ▶️ Get instant access to the Alpha build of Vagrus at fig.co/vagrus.

Next up in our series of posts about character poses and skills is the mighty warrior and gladiator Gor'Goro.

Gor'Goro is not only a heavy-hitting melee character but very tanky as well; someone that any vagrus would gladly employ as muscle for the crew. Although he has no ranged skill, he is far from useless when he gets in the back line, however.

Mighty Swing: Gor'Goro's main attack targets two adjacent enemies and deals a large amount of damage when it connects. This skill is very difficult to block, and has a chance to trigger a follow-up attack (see below).

Follow-up Attack: An armor piercing, often critting attack, this skill can not be used directly but has a chance to trigger after a successful Mighty Swing or Brutal Charge. The chance rises as Gor'Goro gets more experienced. This skill serves to raise the Orc warrior's already great damage potential.

Brutal Charge: Easily Gor'Goro's most devastating attack, this skill has to be used from the back row. He will charge ahead and deal a great amount of damage that is difficult to block. However, this skill has relatively low accuracy, so it is always a bit of a gamble.

Challenging Roar: Gor'Goro's only support ability, this skill allows you to force a single enemy attack the Orc warrior in their next turn. The roar also applies a debuff on said enemy's damage for the next turn, making it an ideal tanking ability.

As it is clear from the above outline, when left unchecked, Gor'Goro is a devastating character, easily one of the two best fighters among our cast of companions. As a trade-off, Gor'Goro is little use in anything else but combat initially and will never have the varied skill sets of other recruiteable NPCs. Still, if you need to fight, there are not many better options than the grim ex-gladiator.