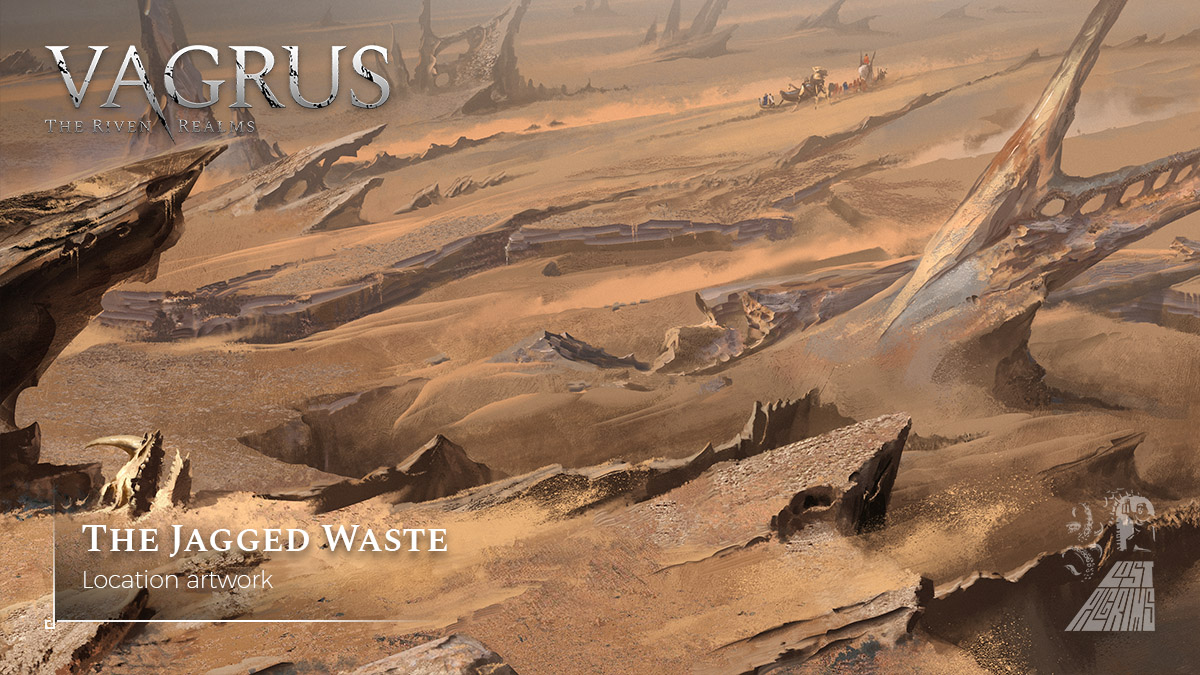 The next artwork on display is that of the Jagged Waste. You won't spend time wandering there in the game's Prologue but may catch a glimpse of it, as this area is available in the main game. Here's a little snippet to go along with the revealed environment image for the area:

One of the greatest desert regions in the whole Empire, the Jagged Waste is named after the spiky, sharp, and jagged rock formations that cover most of it. Sub-regions differ vastly but generally, the Waste is an arid plain dotted with various formations of rock. Saw-like ridges and ravines are very common. The Waste usually has a washed-out yellow or bone color. Skies are visible but have an orange tint due to the sun’s terrible power that beats down on the naked stone. Winds often become brutal, carrying deadly dust and stone that can - according to legend - eat the flesh off men.

Wanna help to get the game ready for you the earliest with even more content? Please share our pages and posts with your friends through your favorite social media channel(s). Appreciate it!