Last Chance to download the full Prologue for FREE! 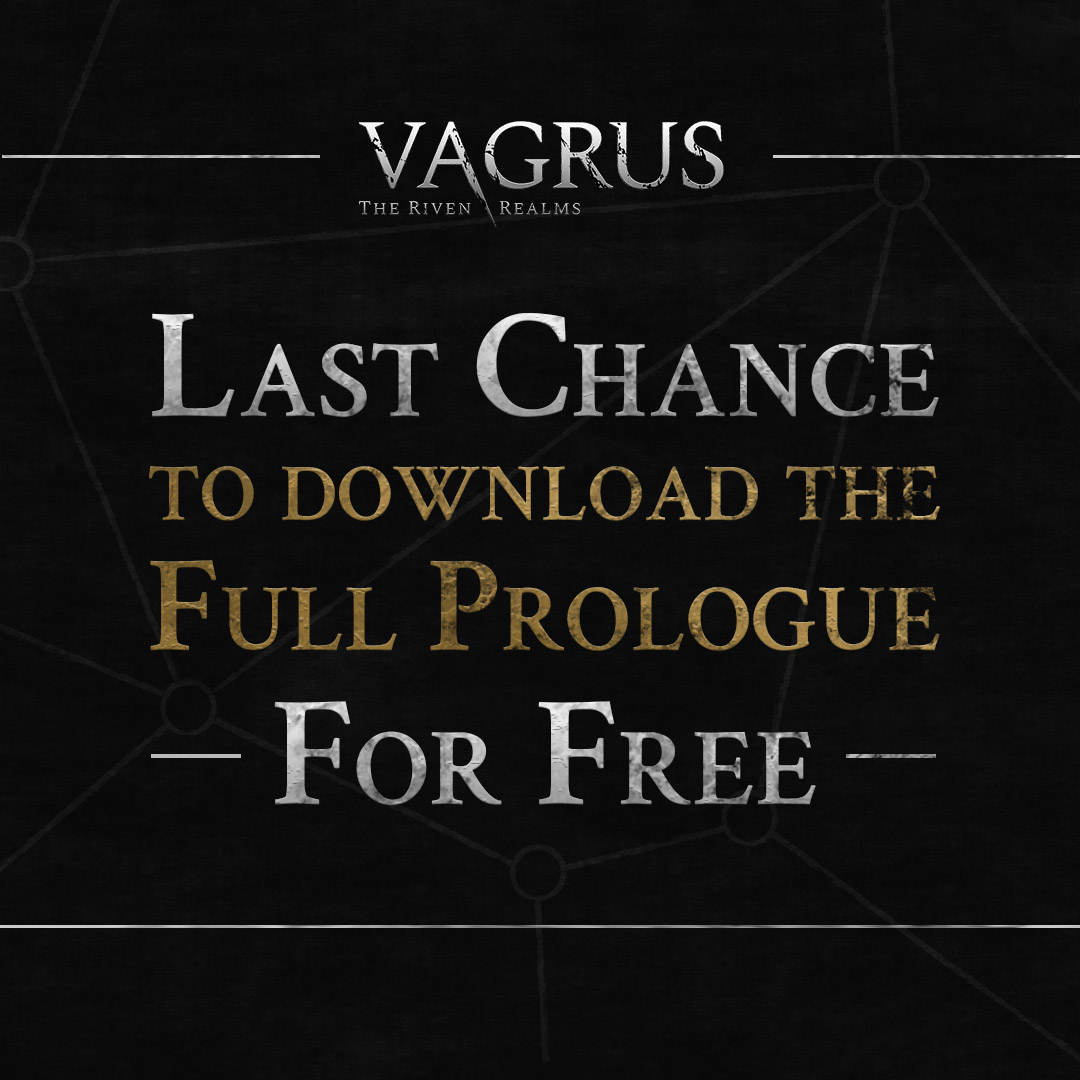 📢 📢 IMPORTANT! 📢 📢  Considering our upcoming crowdfunding/Alpha Access campaign, we will be replacing the Prologue with a shorter Demo build, so in case you wanted the full Prologue experience for FREE, it's time for you to download it now!

Q: Okay but why not keep the full Prologue as the 'Demo'?
A: The main reason is that we are considering to enter into Alpha Access (a sort of Early Access) with Vagrus selling it on close to it's future price to support - partially - covering the development costs. As the Prologue will be the first drop of sizable content in that build, we can no longer offer it for free in parallel (it would just not make any sense).

Q: So about this planned new 'Alpha Access' build... does that mean that if I buy that package I will get the full game eventually.
A: That is exactly what it means. It will work just like any other Early Access package that you buy and with periodical content/feature updates you get to own the final game eventually.

Q: So it will really just be an Early Access, won't it?
A: Well, you could say that but we are trying to avoid using that terminology as people typically have an expectation to get a game close to a Beta development stage as opposed to an 'Alpha Access' which as the name suggests is much earlier in product development.

Q: So what does that mean for people who have downloaded the Prologue previously?
A: All downloaded versions will continue to work, so just to be safe we recommend that you download and keep the latest version (0.1.6) on your computers in case you ever consider (re)playing it in the future.

Q: When exactly are you going to take down the Prologue?
A: Soon after we publish the Demo build that replaces the full Prologue. We expect it to be ready by March 5, so we recommend downloading the current version before that.

Q: When do you expect to enter into 'Alpha Access'?
A: That depends on a number of factors. Most prominently on our upcoming crowdfunding campaign. We are in the process of assessing whether to run that on Fig.co or Kickstarter. We will let you know in due time of course as we hope to find you guys among the first wave of supporters. :)

Thanks a lot for reading this little Q&A, hope it answered some of your questions. Please feel free to join our Discord server to learn more about our plans!