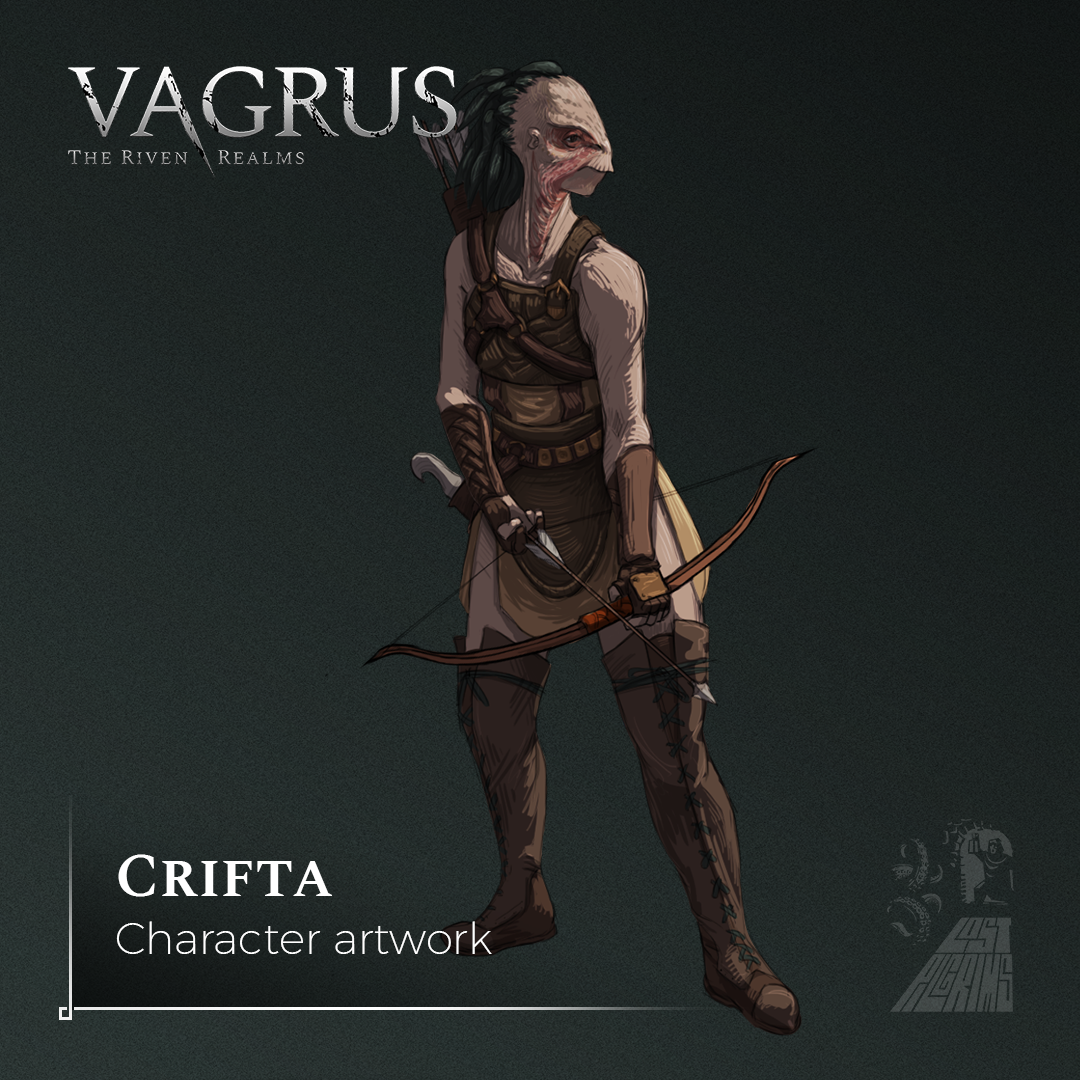 Our next character reveal - and related artwork - is that of the unfortunate mutant Crifta (literally meaning 'feathers' in Imperial). The player meets the cunning archer in the Prologue, where she debuts as a tough enemy. She can be recruited later in the game, however.

Crifta was born named Navassia Degado in the kingdom of Viran. She became an archer in the army of the northern continent after her brother got killed in earlier battles and she felt compelled to avenge him. Captured during the battles for Santo Lucadas in Viran, she became a slave in the Empire. She was forced to be a prostitute for some time in military camps, but in a year or so she contracted the Taint, and after her transformation she was not so attractive any longer. They moved her to a stone quarry near Deven where she was both a worker and a prostitute. There, she joined some slaves who organized an escape into the wastelands; they became fugitives, escaped slaves, but at least they were free.

They fled to the Searing Plains, and joined a larger liberated tribe (wasteland tribes made up mostly or entirely of escaped slaves, living in hiding in the most unforgiving environments). She had little luck there, however, as she had to survive by becoming the spouse of powerful and cruel tribe leaders. Filled with hatred for these leaders, she managed to kill them off one by one in subtle ways during the next few years, ending up leading the tribe herself (but weakening it in the process significantly). They got contacted by abolitionists in the region who were seeking aid and Crifta (as she was now called) decided to join them as much out of desperation for a strong ally as for the chance for revenge on the Imperials.