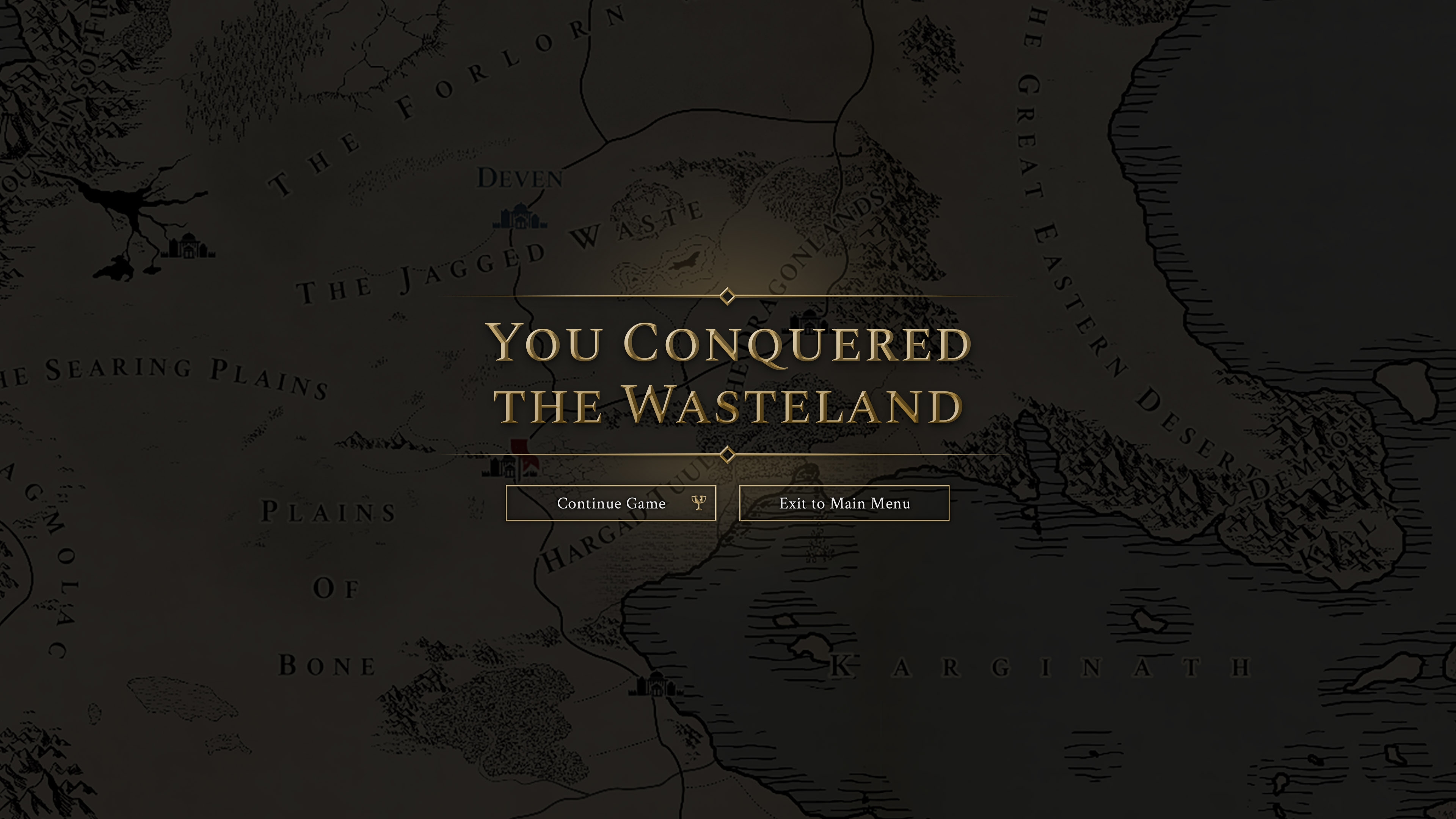 with so many of you well over the hundred hours mark in the game, it was high time for us to add the opportunity to actually win it. The first winning condition we have implemented is the Renown victory. The other two, Wealth and Knowledge will become available in the 1.0 release later this year.

No worries, though, meeting the winning condition and actually retiring with your vagrus are two separate things. Even after you are able to win the game, you can decide to continue playing and trigger the victory screen later in the associated in-game Event, essentially postponing the victory (and the game's end).

The Movement (Warning: mild spoilers in this paragraph!)

The Abolitionist faction is a secretive one that only engages a vagrus when they see a like-minded individual, so many players have never met them. Still, even the vagri who did may have felt that their reach was rather limited in the previous builds. With this release, they receive a new mechanic that allows players to unlock interactions with them in many other locations over time as they gain the trust of the faction. This spreading mechanic also serves as the means to get faction Tasks from them in those unlocked locations and even have the chance to increase their faction presence in the settlement of your choosing.

There are a number of other improvements as well, detailed in the patch notes below.

Crew and Settlement User Interface update and the first set of Companion loyalty questlines are inbound.