Project Update - The Fate of the Foe Post Crew Combat 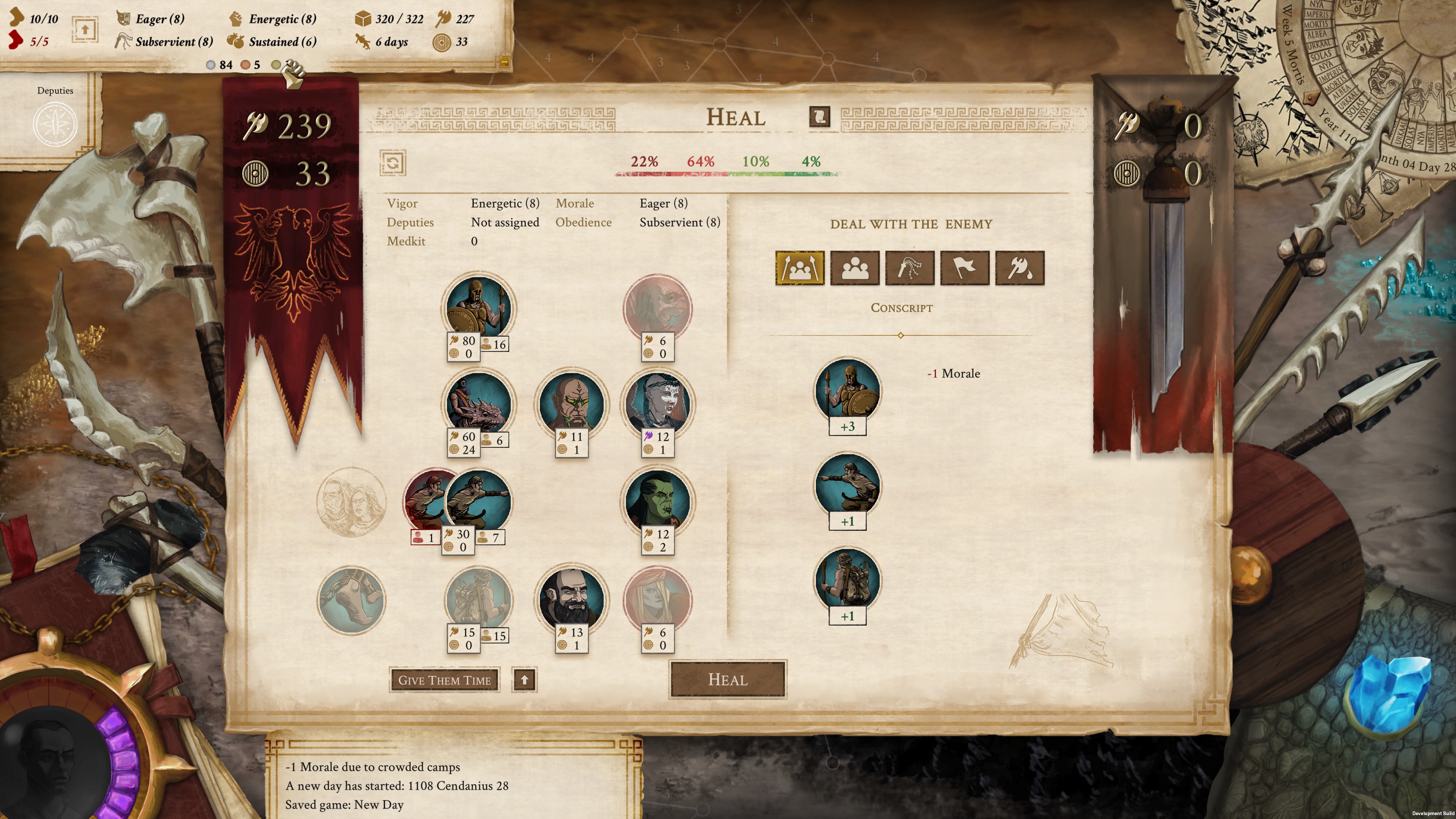 As we teased in our latest devlog post about Mercenary Tasks, we are extending Crew Combat with a new feature: you can deal with the enemy from now on following a victorious battle. This simply means that you can decide the fate of the defeated foe.

The option appears on the Crew Combat UI at the end of the fight opposite your heal options provided that your enemy surrendered (remember, only humanoids can), fled or retreated but you caught some of them while pursuing them. 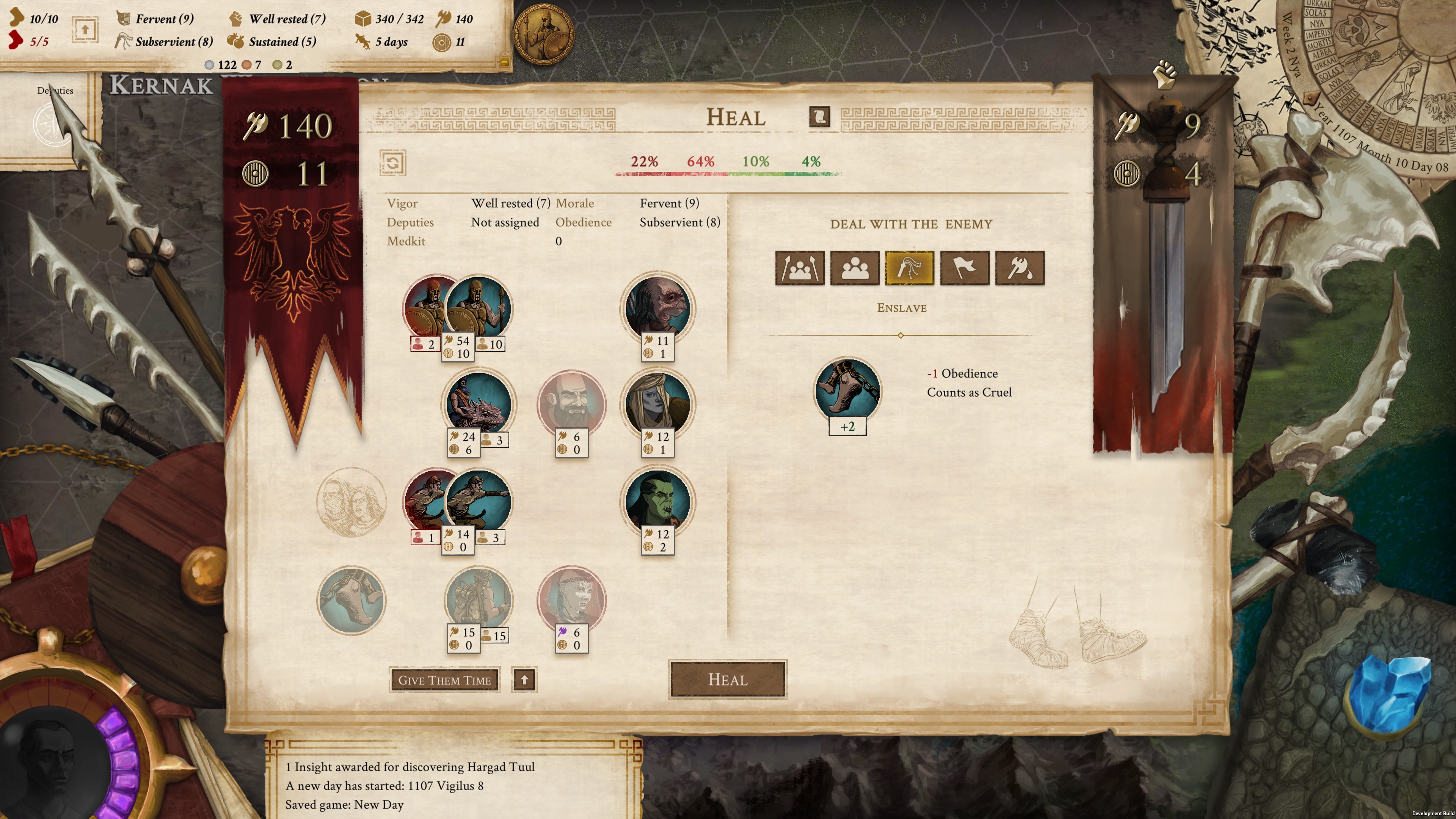 Recruit: Depending on their willingness to join, this results in a few fighters, scouts, or workers to be added to your ranks. That, of course, will not sit too well with your existing crew who have fought them just moments ago, and the result is Morale loss. It's also considered to be a 'kind' action and certain companions may like or dislike it for the same reason.

Conscript: Somewhat similar to Recruit, except joining is not voluntary, and so in this case, neither your existing crew nor the newly added members are happy about it, leading to an even more significant Morale drop.

Enslave: Instead of joining as free crew members, all surviving enemies are pushed into slavery. As expected, a massive drop in Obedience accompanies this decision.

Release: Once you stripped the foe of their valuables, you set them free. It may sound kind but in fact, it's a relatively cruel decision given the dangers of the wasteland.

Execute: This is a drastic measure that is considered 'malevolent' and brings no benefits since the valuables of the enemy have been turned over anyway at the time they surrendered or got caught.

Imprison: The last one is an option that players will only see when they have an active Mercenary Task to capture such enemies (be them bandits or other faction rivals). Hence the timing of us implementing this feature alongside Mercenary Tasks.

These expanded options will provide further incentive, strategic depth, and even immersion to Crew Combat encounters and we hope you'll like them and provide us with the usual valuable feedback.