The long awaited rework of the in-game Events' UI is finally here! It brings a number of visual, gameplay, and quality improvements, so let's have a quick rundown on what these are.

There is a frame around each choice now, and the whole box thus created is clickable while also providing visual feedback when hovered over, too. These choice boxes help differentiate the various choices better and contain everything you need to make the choice. 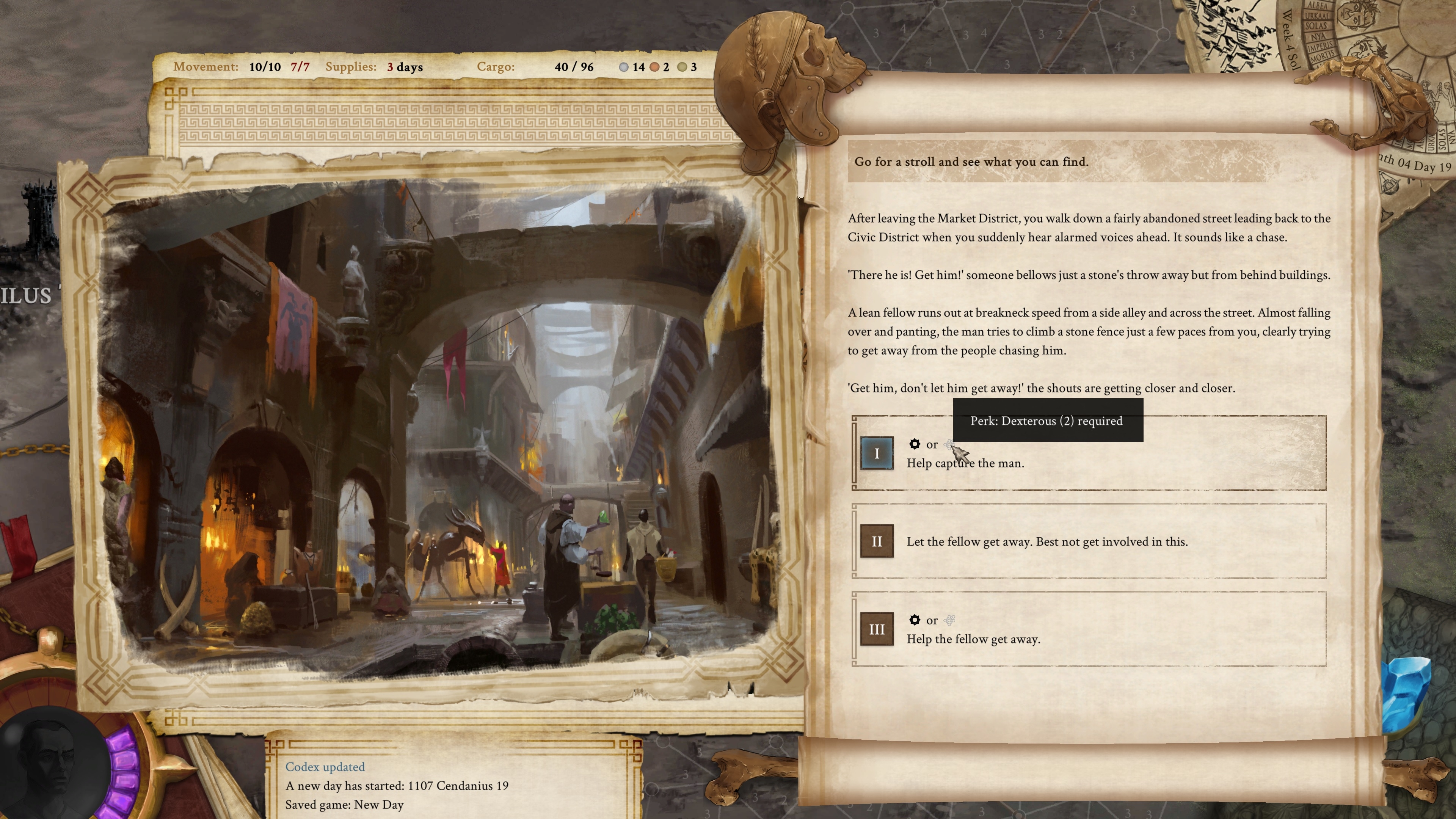 What you have and what you need to make choices are called dependencies (a fancier name for 'requirements' really) and from now on, these are much better differentiated. Each category has its own icon and detailed tooltips. Optional dependencies are now signified as such, and many hidden, story-related dependencies at least show up to inform players that they are lacking something for that choice.

A great number of improvements were added to tooltips in Events, which mostly deals with the clean-up of dependency tooltips. 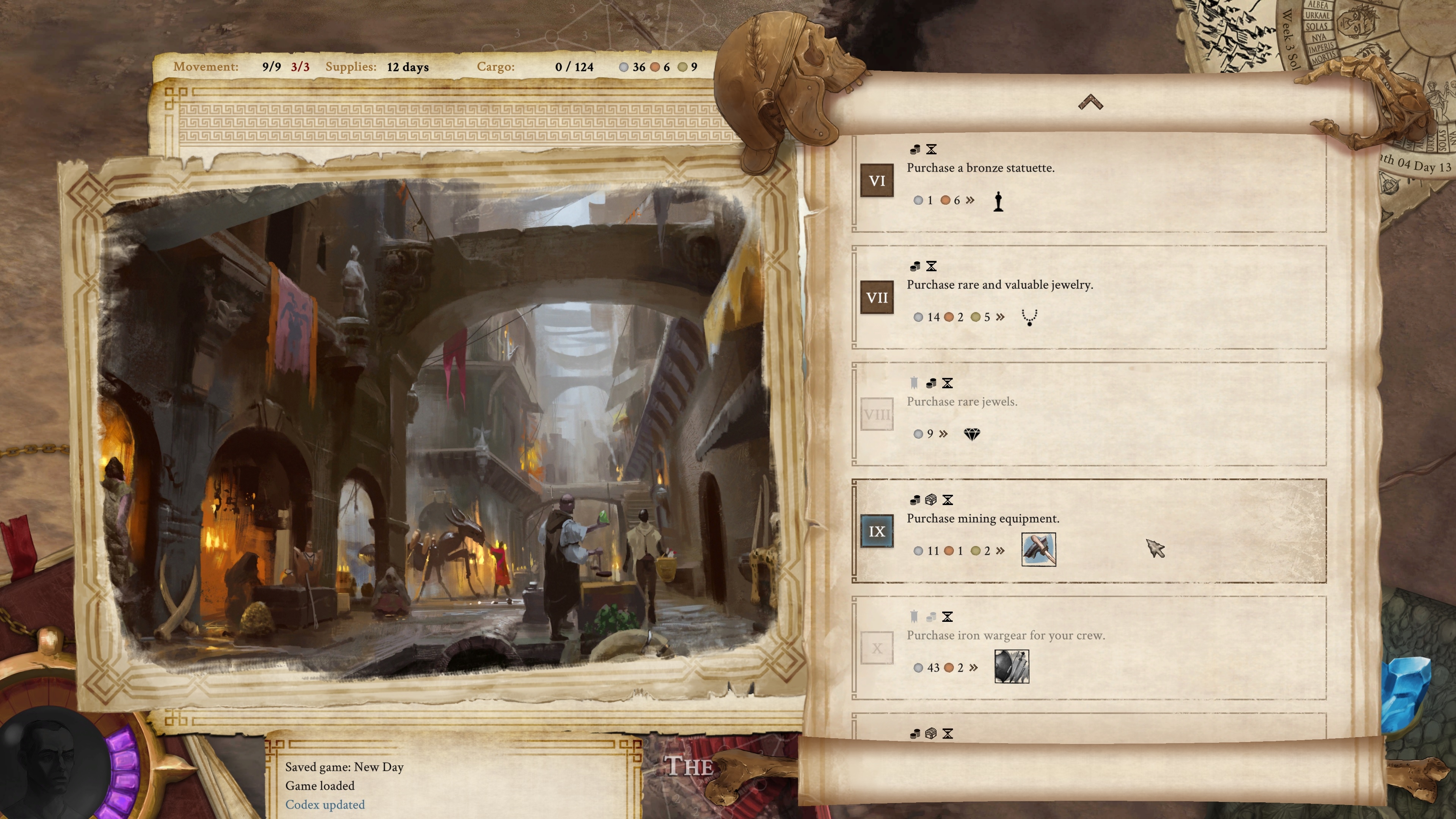 Specialized shops or ad hoc deals are often encountered in Events. From now on, the choices that lead to buying or selling are better marked, with more information on the price (and its relation to prices elsewhere). You can also see the right icon for items, equipment, goods, and gear in these choice boxes.

Last but not least, we have implemented the 'Enhance' Leadership Perk, which can be used to raise your choices in Tests presented in some Event choices. This has been planned for a long time and we hope that it will lessen the impact of the somewhat more arbitrary Tests and give you a measure of agency.

The team has done a lot of awesome work on the Event UI and we hope you'll like these improvements when you get your hands on them in the next build! Until then, take care, and conquer the wasteland!