It's been a while since we posted a devlog entry and we figured that this would be a great time to do so. Today's topic, Dynamic pricing, has been on our minds for a long-long time, and finally, we've decided to pull the trigger on implementing it. To provide a little background on why we need it, let's review what happens in the current build of the game when you go trading.

Buying and selling goods on the market do not affect those respective prices. The first stack you buy will cost exactly the same as the last one you grab from that market. Similarly, the first unit of pottery you sell will go for the same amount as the 535th unit you dump on the locals.

This means that after you figure out what makes sense to trade in small quantities, you can rely on repeating that no matter how big your comitatus grows and end up making the same rounds over and over again. The whole thing turns into grinding, which never was our intent, of course. 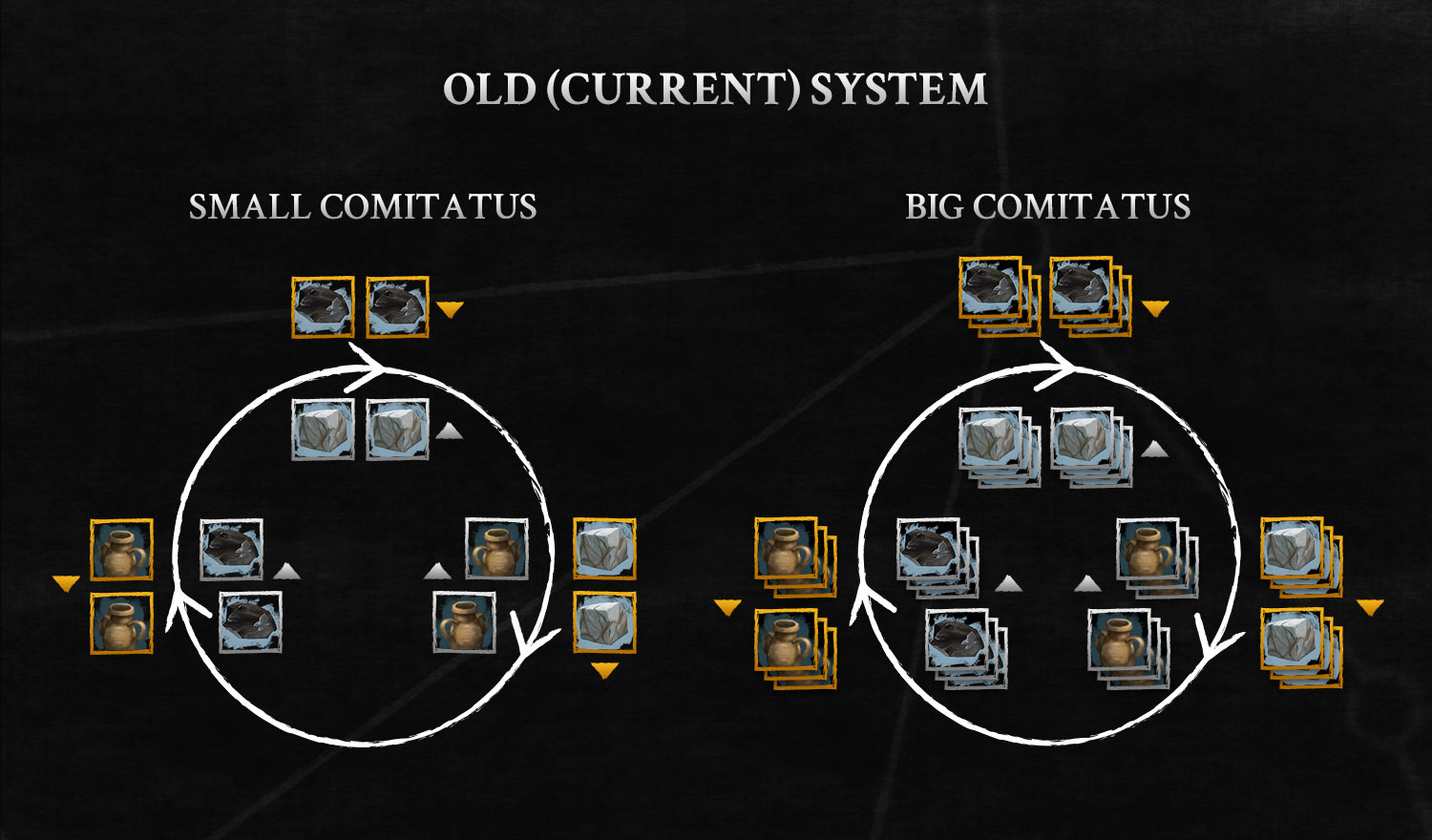 It's problematic from an immersion perspective as well since dumping twenty stacks of pottery on an oasis camp makes absolutely no sense. What the heck would they do with that many, right?

Lastly, but just as importantly, that system created an economy balancing issue, too. As once the size of your comitatus grows, it becomes more and more profitable to repeat tried and static routes. While the buy and sell prices are the same regardless of the quantity, the other costs (upkeep, consumption, etc.) are not scaling linearly with the cargo size.

We have struggled with this through numerous attempts at balancing, failing in a new way every time. 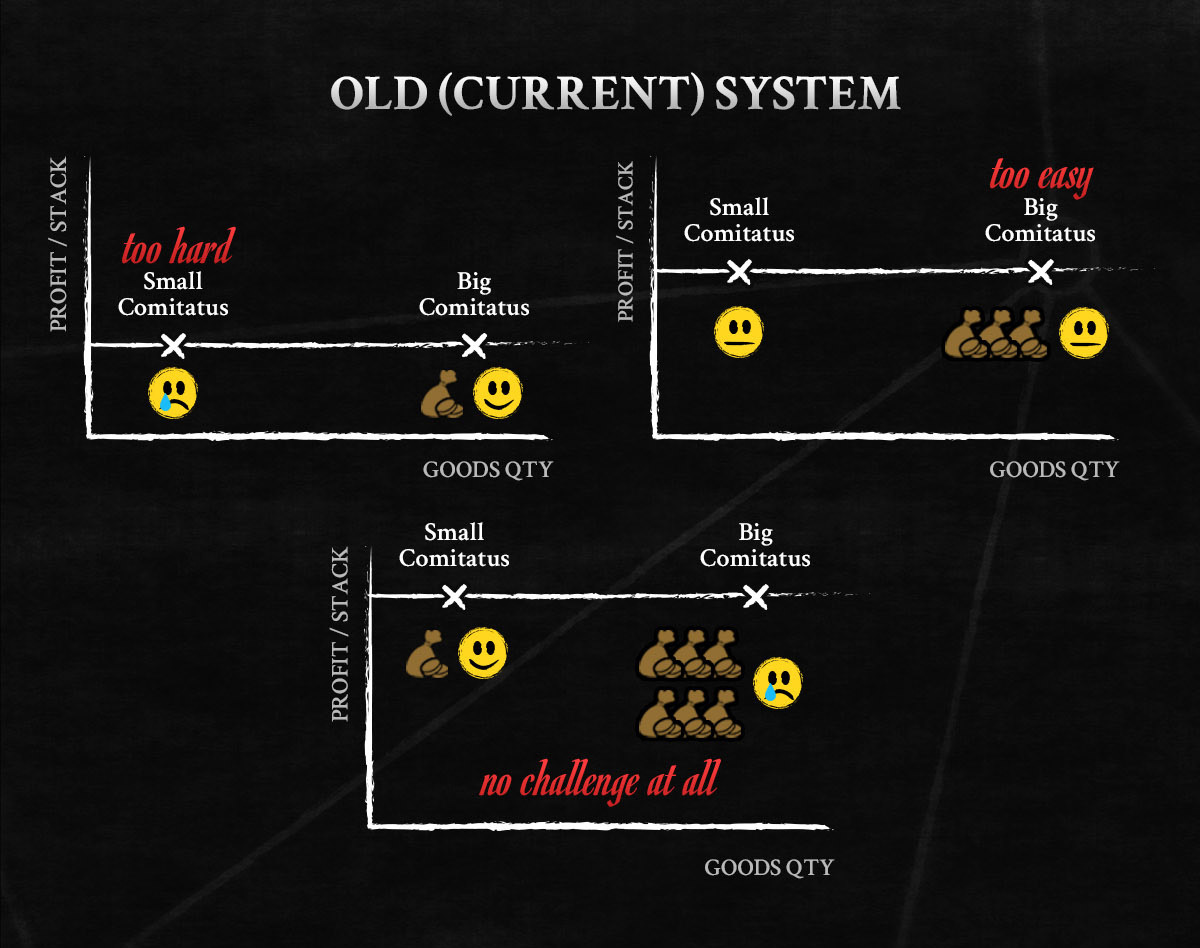 The main change in this system is that markets react to the quantity available to them. The more of the same goods you sell on a market, the less they are willing to pay for it and similarly, the less quantity of a trade good remains on the given market, the higher the price they expect for it. It's a well-known concept: in economics, they refer to this as the 'invisible hand' that balances demand and supply at the right price.

But how does this help with the issues we listed above?

It allows increasing the profit margins to the high spectrum, so smaller comitati would have an easier time while effective trading still maintaining a challenge for mid- and large-sized caravans. The higher quantities you buy and sell, the closer the buy and sell prices become, so the profit margins stick closer to your cost-efficiency. 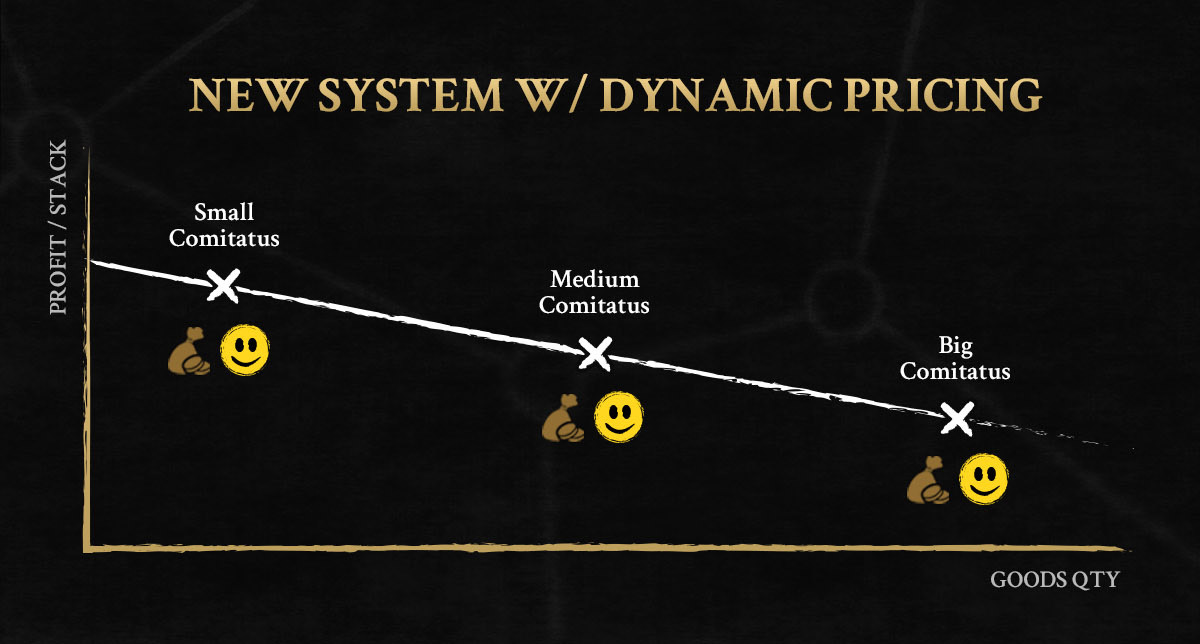 Does that mean that the game will become much harder for mid- or large-sized comitati?

Yes and no. Doing the same as before, running exactly the same trade rounds regardless of size, will not work well any longer. Players trying that will quickly see their profits dwindle and might feel that the game just got harder for them.

The answer is partly in: 'the bigger no longer means better' but also in: 'diversity over grinding'. Instead of trading in 2-3 types of goods in massive quantities, the best profits (better than before in small quantities) can be achieved in trading in many goods at once. Getting great deals and distributing between multiple locations along a trade route work much better.

It will be something new and challenging until players figure it out; also much less repetitive, hence more enjoyable, we hope. 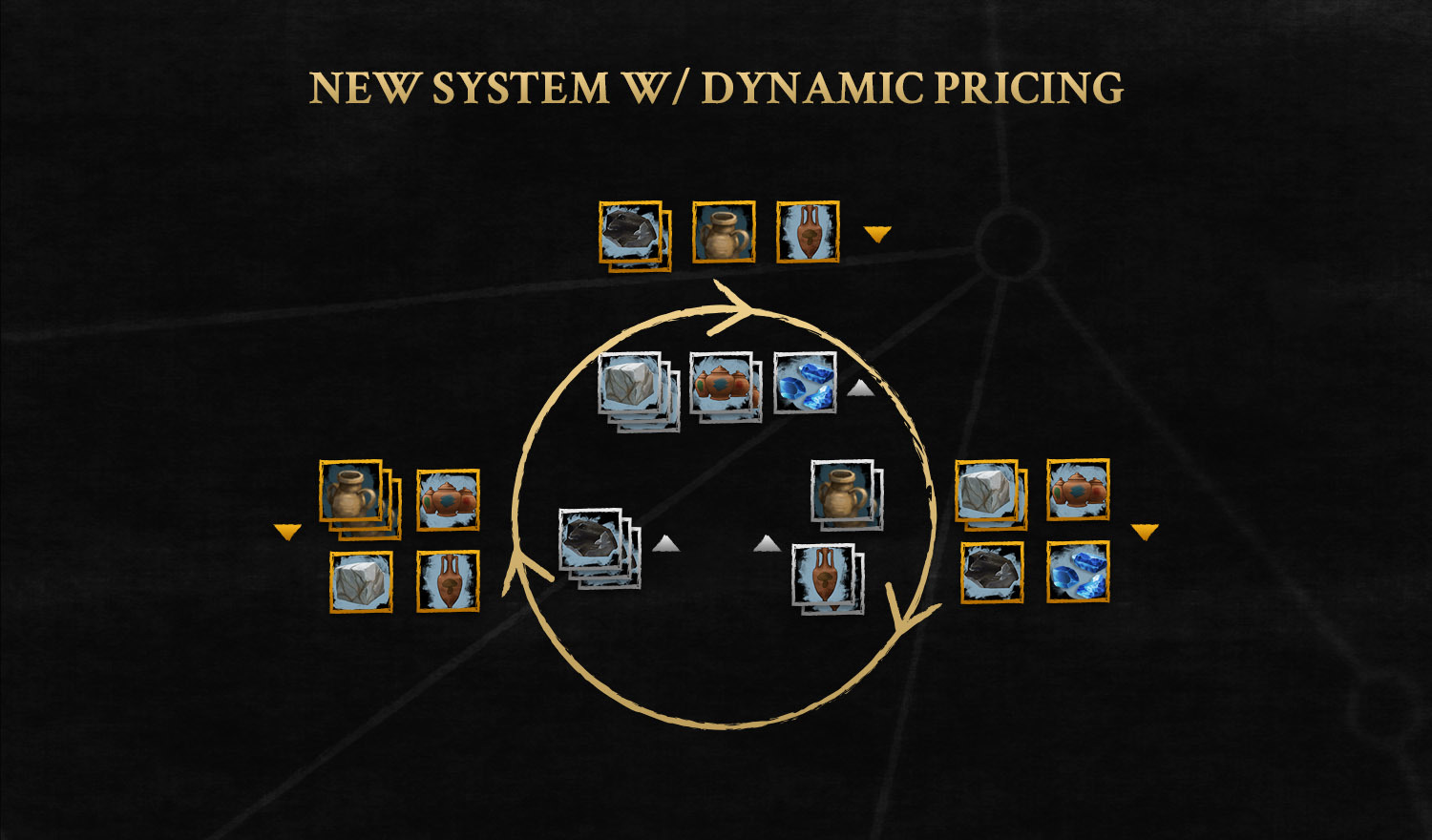 It will surely take several iterations to balance this new system. We have already started testing it internally but the ultimate trial by fire will come when we make this available to you all and hear your insights: stories of success and failure. Learning those will help us tweak the system further and get closer to a good balance between challenging and enjoyable.

Hope you are just as enthusiastic about these upcoming changes as we are!