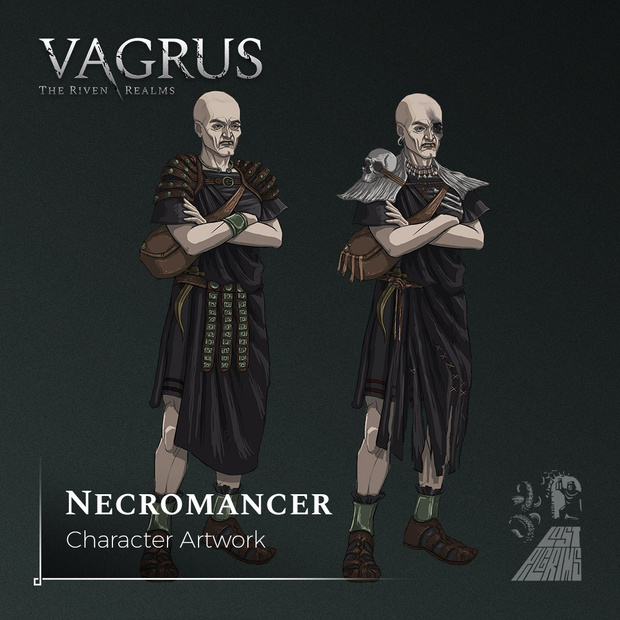 'The Emperor brought the Twelve back when the Elder Gods abandoned us and with that divine act had sown the blessed seeds for the Empire's resuscitation. Is it not then most holy to imitate his act by raising the dead to aid and serve us in our struggles and endeavors?'

Necromancers are essential in Imperial military operations, religious practices, industry, and sorcerous research. For this reason, they are usually powerful individuals in important positions. That said, the Empire - and more specifically, the Church of Ahskul - regulates necromancy and its practitioners very strictly, as the God of the Underworld shuns if the dead are disturbed, and these dark magics are the ultimate sacrilege when performed without consent. For these reasons, Imperial necromancers are well-trained and closely monitored in exchange for a life of wealth and power. They can raise the dead when sanctioned by the priesthood, and even empower their Undead minions who end up as mindless soldiers or tireless workers for the Empire.

Many necromancers are also priests of Ahskul but it is not a requirement. Others can not bear the pressure that comes with their training or simply do not wish to live by the strict rules and end up becoming rogue spellcasters living out in the wilderness, practicing their art without the constraint of Imperial society. Unfortunately, many end up preying on travelers and outlying settlements in order to obtain raw materials for their work. In the game, you will come across such rogue necromancer enemies but perhaps also those attached to the Empire's armies or the Church's agenda. You can notice the slight differences between their appearance in the artwork here even though both variants possess the pseudo-Roman visual design.