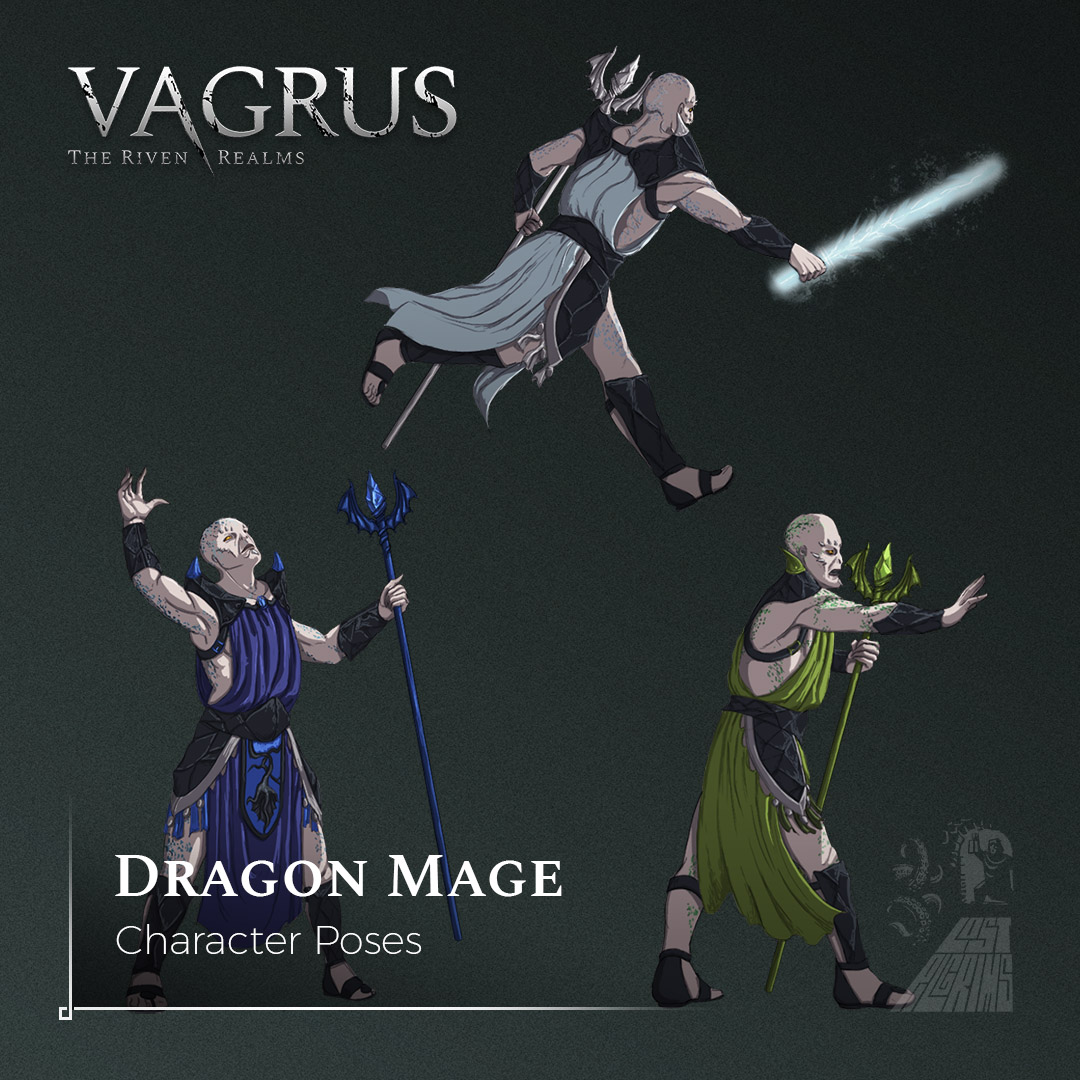 Dragon Mages are spellcasters who specialize in Draconic magic, especially in manifesting their arcane powers as destructive spells. They are typically attached to Dragon Army or Dragonguard contingents, which is where you will encounter most of them in Vagrus. Dragon Mages are armored, sturdy, have amazing resistances, and regenerate Power that is used to fuel their magical attacks.

Dragon Mages are chromatic, that is, there are various sub-types of these enemies that wield different powers based on which Draconic brood they belong to. For example, the Red Dragonmages of the crimson Dragonlord Firrocraig wield fire magic, while the Blue Dragonmages of the tempestuous Doranmathar use lightning-based attacks. Due to that, the three 'Draconic' skill names below are actually different for each Dragon Mage type (for example, Dragonflame Missile, Corrosive Weapon, etc.).

Draconic Missile: A single target, magical ranged attack. It does considerable damage and can be spammed quite freely if the Mage is not dealt with. Each chromatic missile type has a corresponding secondary effect.

Draconic Strike: Similar to the missile attack except that it deals more damage, costs more Power, and attacks a line of targets instead of one.

Draconic Weapon: This single-target melee attack summons an elemental weapon with which the Mage strikes the opponent. It applies a damage-over-time effect corresponding to the Mage's color.

Might of the Flame: This powerful buff grants Accuracy and Critical Chance to the Mage's allies and also cleanses them of negative effects.

Dragon Mages are high-tier enemies with amazing destructive powers. That, coupled with their toughness and the fact that they appear almost exclusively in the company of Dragonguard and Krawags, makes them a great challenge for even stronger comitati.