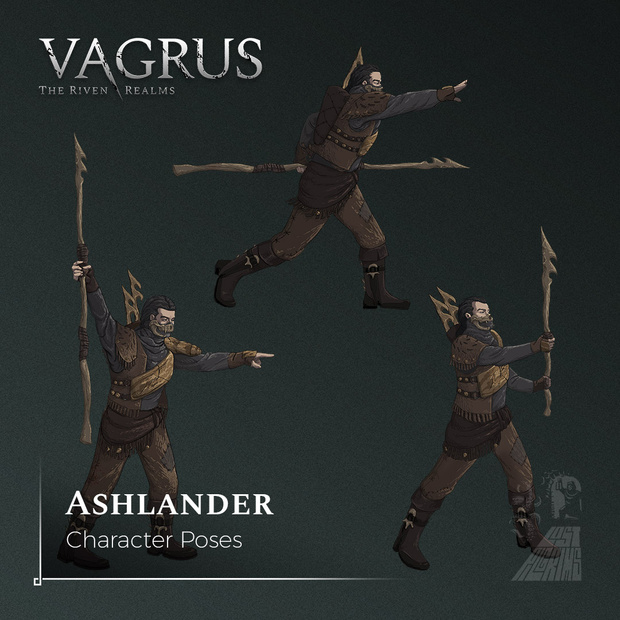 Ashmen, or Ashlanders, are the tribesmen of the Forsaken Waste, an endless desert of grey sand and little else. Yet these nomads make a harsh living off the Qurus, gigantic snail-like creatures, as well as other critters that roam the monotonous wasteland.

When coming face to face with an Ashlander in the game, you can expect a tough huntsman, though by themselves these enemies provide little challenge. In greater numbers they can make use of their supplementary ability, bleed inducing attacks, and ranged capabilities. Their combat skills are:

Lacerating Jab: A single-target melee attack that causes bleeding and is fairly difficult to dodge.

Lacerating Javelin: This is a single-target ranged attack that the Ashlander can use a couple of times. Not very effective but often better than passing or repositioning.

Focus of the Hunt: The target enemy of this ability is marked - those attacking them receive a bonus to their Accuracy and Critical Chance stats.

Ashlanders usually single out an opponent they can mark with Focus of the Hunt and then concentrate attacks on that target to be more effective. Defensive buffs against such a tactic while downing the relatively weak tribesmen is a possibly effective strategy against them. And of course stacking Bleed resistance.