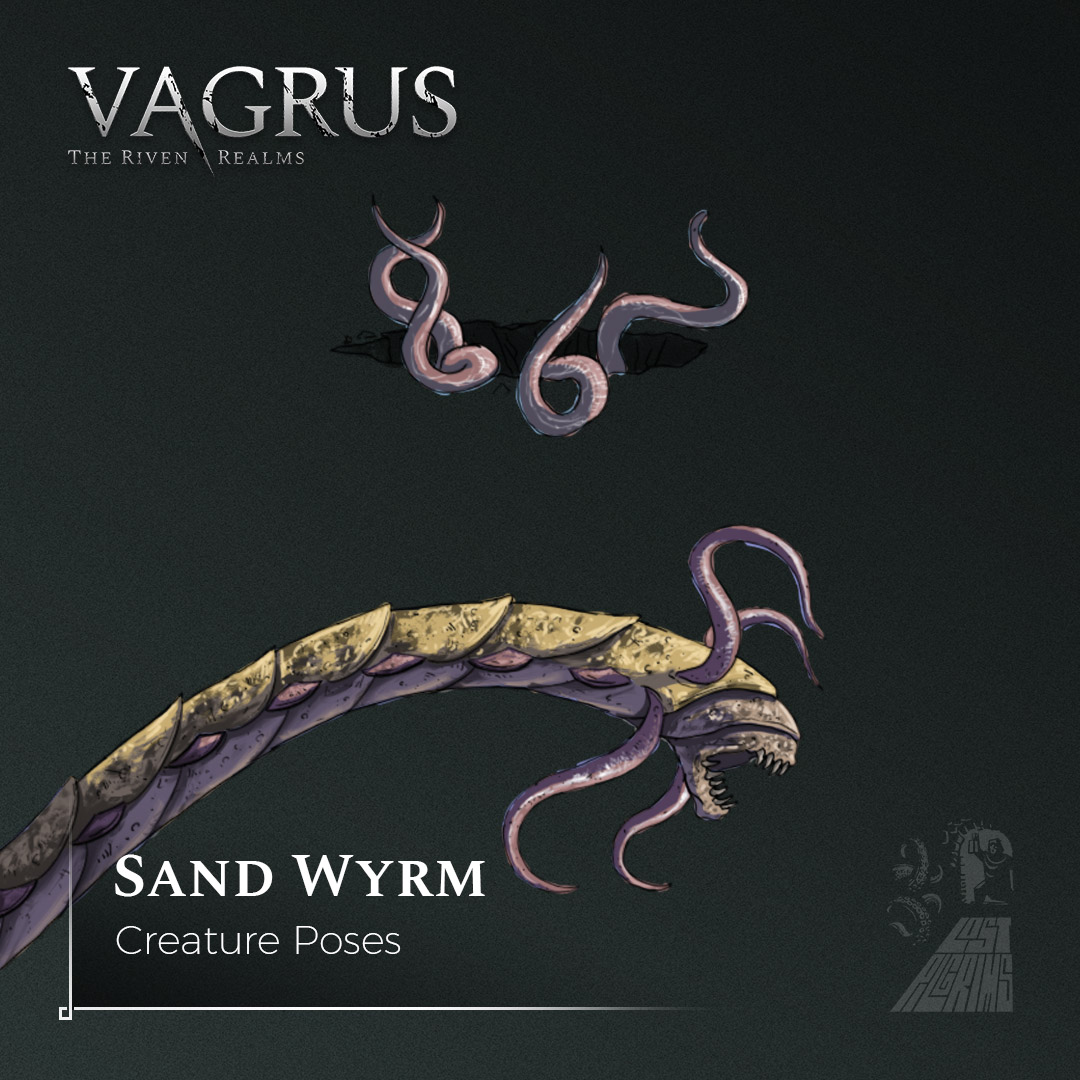 Sand Wyrms are a race of huge, worm-like creatures that burrow in sand. Thought to have been extinct, they resurfaced a few decades ago, albeit exclusively in remote desert regions and in small numbers only, so the Empire and its allies do not need to fear another destructive war against their kind. Or do they?

In combat, Sand Wyrms try to overwhelm their opponents with their numbers, but they are not pushovers alone, either: high Vitality and Evade stats make them difficult to kill, as is their armored carapace. Their Skills are ideal to cause serious damage and weaken opponents:

Lunging Wyrm: The creatures leaps at a single opponent in melee range and causes reliable damage with high critical chance.

Digestive Acid: The regurgitated acid is spit at a single ranged target, causing minor damage but applying a long-lasting poison damage-over-time effect, as well as lowering the target's Armor stat for the entire fight.

Burrow: The Wyrm digs deep underground and stays there for several rounds, during which it regenerates and is invincible. This may draw out fights against them substantially, causing them to deal even more damage in the long run.

The only weakness of these creatures is that they are sightless, represented by their relatively low Accuracy stat, although since they sense air vibrations, they are not completely blind. Working around Burrow in combat can be quite challenging, encouraging you to either focus down on Wyrm at a time as fast as you can, or perhaps trigger several Burrow states simultaneously to minimize damage.