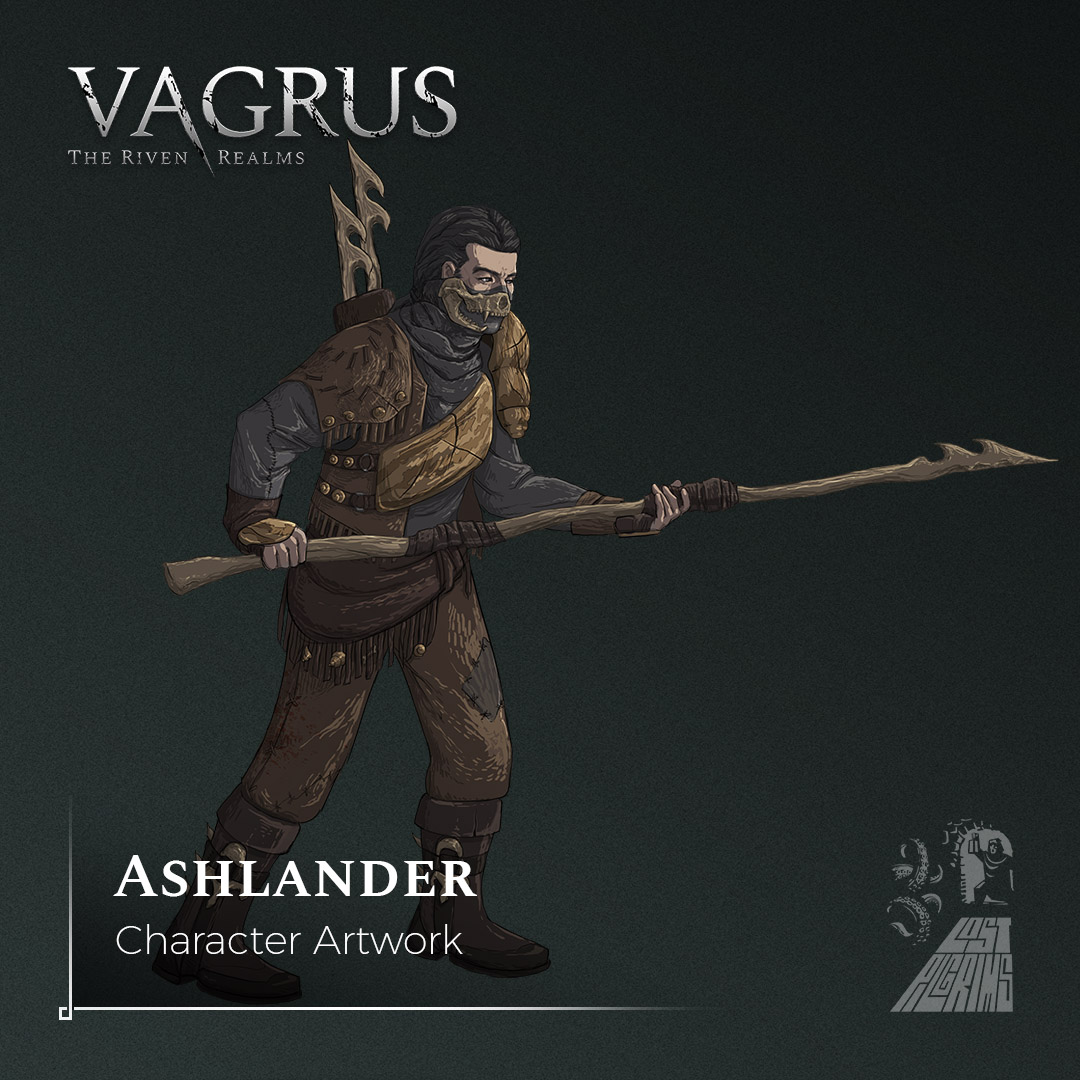 'Colorless fellows, these Ashmen. But what else would they be, livin' out on that damned, grey wasteland. Naught but ash, silt, and starvation. No wonder they keep comin' south, keep pushin' into our realm. It spells trouble for all of us, I'm tellin' ya.'

'There is no 'Ashman-problem' as far as Imperial authorities are concerned.'

Ashmen are the native hunter-gatherer tribal people of the Forlorn Waste, this vast expanse of grey silt and ash that is said to drain the color from peoples' clothes, gear, and even their skin. Though their homeland is constantly swept by powerful gales, the recent upheaval in wind activity has made the ashen wastes practically uninhabitable, and so the Ashmen started to flee, migrating into the rest of the Empire. This will certainly ripple through the realms and cause a lot of problems.

Ashmen have been a part of Riven Realms lore for a long time and their art direction was quite strict - bone and horn is used along with hardened leather to produce their gear, and due to the constant ash of their homeland, they are always dressed head-to-toe. They also appear 'colorless' to an extent, as the Forlorn Waste drains it from them permanently.

As for gameplay, Ashmen are not especially difficult individually, but they usually come in numbers. You can often find wandering, starving tribes out in the wasteland and will have to defend yourself against the unfortunate tribal people.