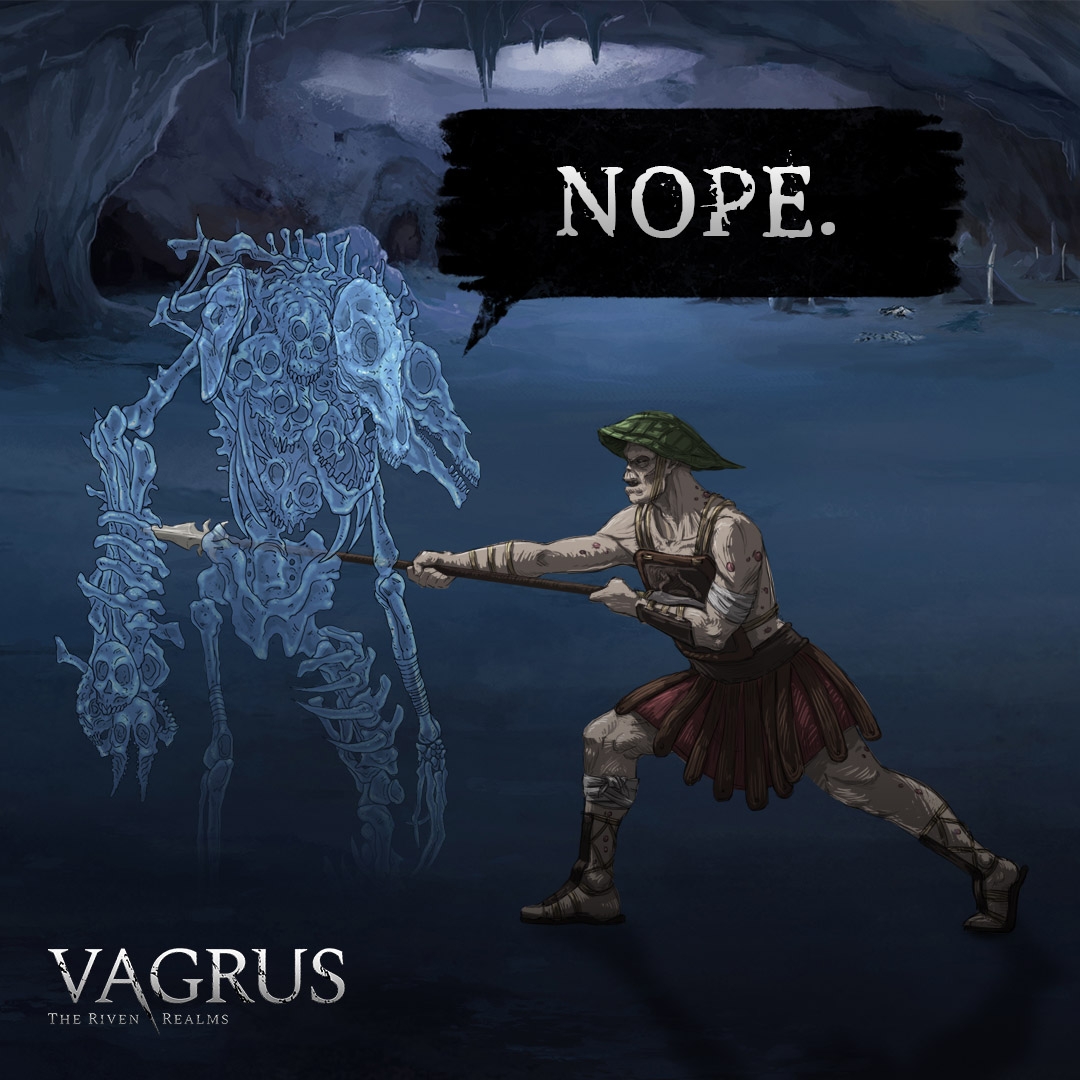 What did we learn when we started implementing the Specter and Shade enemies? Well, apart from them looking ghoulishly amazing, we realized that we need a new mechanic to best describe and present the idea behind them, that being physical damage defense and also methods to crack it.

So we added two new Combat Traits for these, Impervious and Unstoppable.

Impervious: Characters (sadly only enemies) with this Trait can not be damaged by normal means and only magical (arcane, blessed, etc) attacks can harm them. While some of your Companions are equipped with such Skills, most of them aren't, and you'll have to find Gear and Status Effects that allow for the bypassing this defense.

What happens when you come across a whole bunch of these enemies and you face them in Crew Combat? Well, unless your crew is blessed some way and you bear a Status Effect that allows for magical damage, you'll have a really, really hard time. Think twice before angering evil spirits and incorporeal Undead, eh?

Unstoppable: Some attacks and characters bear this Trait, which allows the bypassing of Impervious. Attacks become enchanted and can thus damage targets that are protected from mundane damage. Several Companions will be able to perform such attacks on higher levels.

In a bid to streamline these mechanics we also reworked some other immunities and resistances, including Traits that deal with status effects.

Fearless: This Trait makes the character immune to the effects of fear and terror effects. Not only can they not be stunned or weakened with such effects but they also bypass the recursive fear penalty of terrifying enemies (such as the hulking Congregated or the freaky Stinger Scorpion).

Immovable: Characters with this Trait can not be moved by Skills that have such an effect on them, like Push and Pull skills. Perhaps they are too huge or too well-trained to be moved around.

Thick Skull: Characters with this Trait are immune to Stun. No more rounds spent looking dumb and doing nothing! This is an extremely useful Trait, of course.

These new Traits will further deepen your Companion combat experience and we are looking forward to these being used extensively in our encounters. Hope you'll enjoy them!