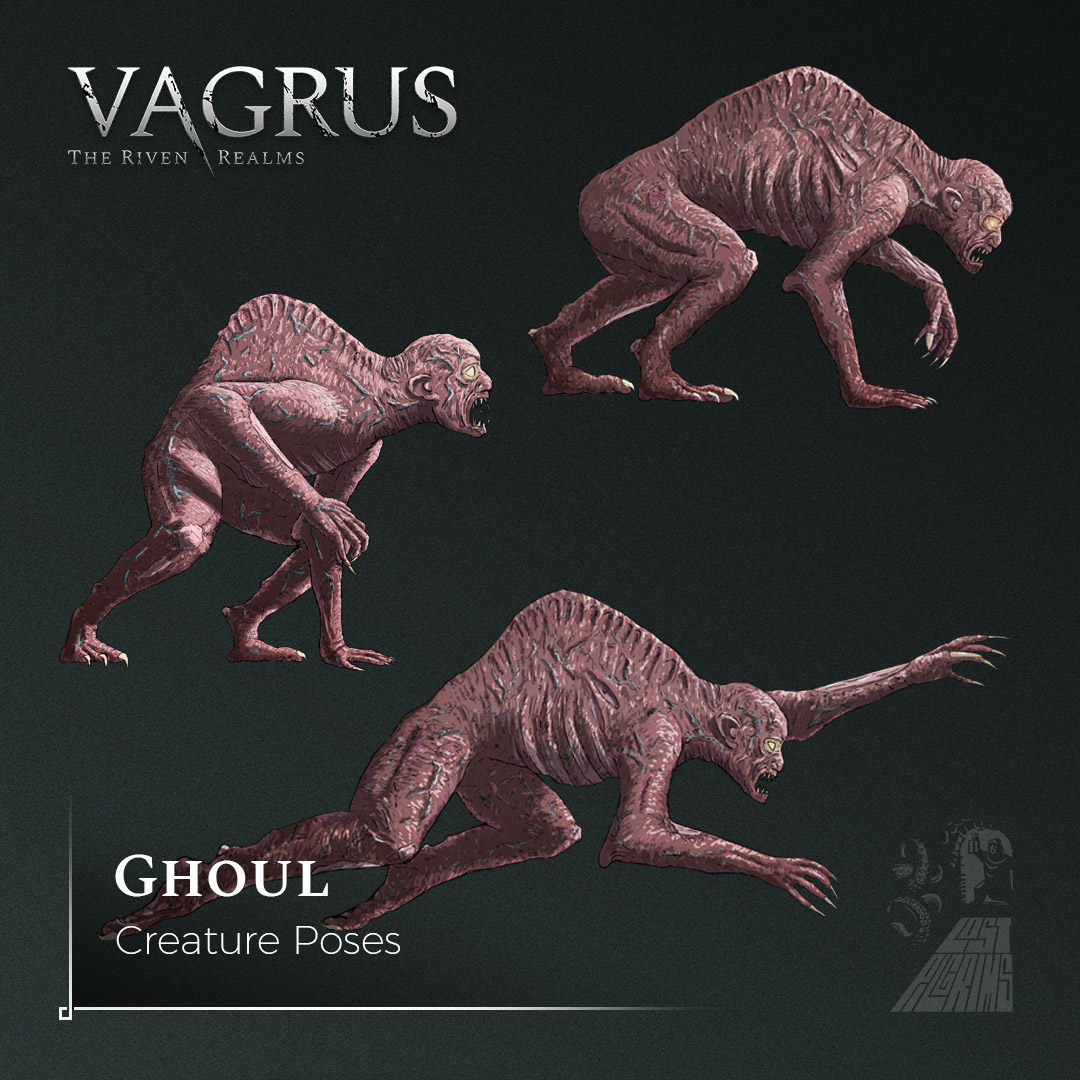 Ghouls are mysterious creatures whose origins you may be able to find out by playing Vagrus. They hunt at night, preying on beast and human alike, traveling great distances in packs. Their sickly, frail humanoid form hides terrifying strength and astonishing speed, which the Ghouls utilize to corner and eviscerate their victims. It is a common misconception to consider these creatures Undead because of their looks and name, they are far from it, falling into the category of mutants rather.

Although Ghouls have no Armor stat, they are still relatively tough and very good at dodging attacks with their high Evade stat. Their high Initiative makes them fast, and they steadily resist a lot of status effects (such as Magic or Mind). Their two Skills in combat produce a sort of lethal dance which can down even tough combatants if the Ghouls are left unchecked:

Ferocious Bite: A single target melee attack that causes Poison damage over time and though it does not deal a lot of damage, it moves the Ghoul to the back row.

Mangling Leap: An attack usable from the back row, it makes the Ghoul charge a single enemy and cause high damage. This attack is very difficult to Block, and moves the Ghoul to the front row.

If left unhindered, Ghouls will keep biting and leaping until their victims are no more than bloodied corpses. It is best to try and make them immobile, or keeping them in the front row, denying them the more dangerous Leap. Since Ghouls almost never attack alone, managing a pack can be a serious challenge.