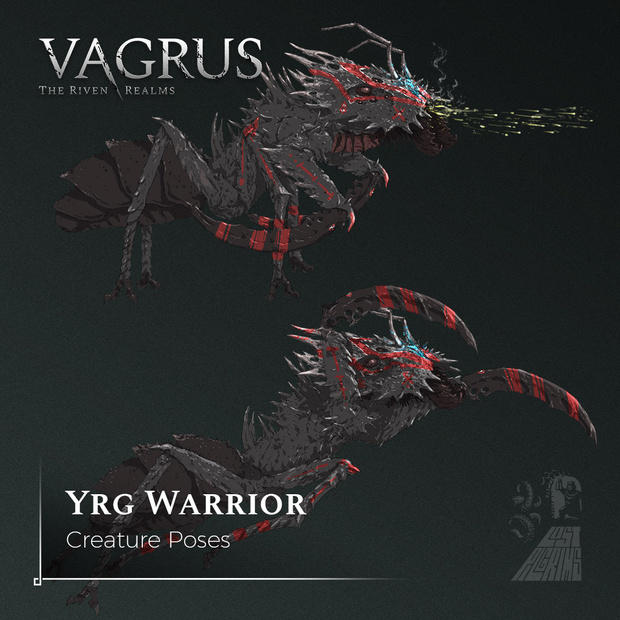 Yrg Warriors are very tough enemies but luckily they are not encountered often. When they are, make sure you have the right Companions healed up and ready for a savage battle because these chitinous juggernauts give no quarter and won't stop until they are killed.

What makes Yrg Warriors difficult to destroy is their high Armor value (in addition to a large pool of Vitality) and good Resistances to effects. They are difficult to Stun or Bleed, and have a high Block value to add even more Armor against attacks. However, they are quite slow and due to their bulk they may not be able to move around much on the battlefield.

Both of their Skills are damage-oriented, though each of them has its special perks that make them even more dangerous:

Blade Arms: The Warrior attacks with one of its scythe-like arms then follows up with the other, so this Skill chains two attacks into one, but with separate Hit, Crit, and Damage rolls. Both attacks have a high damage potential as well as being difficult to Block.

Yrg Warriors typically accompany their weaker kin but sometimes (if you are really unlucky) you will come across a contingent of these hardy killing machines by themselves. Whichever the case, you should be prepared for a very dangerous fight.