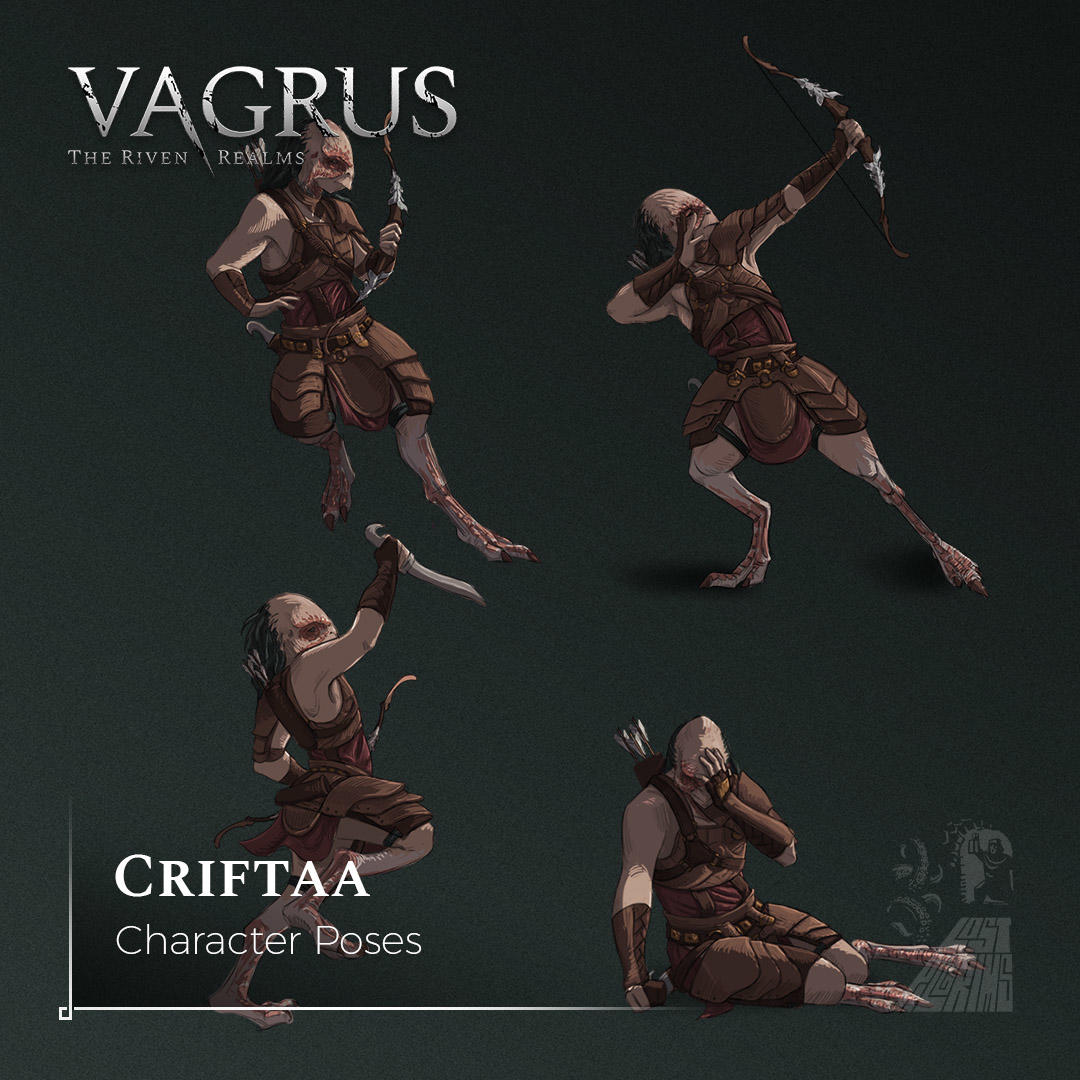 You fought her in Pilgrims of the Wasteland, now you can hire her in the main campaign - Criftaa is back with a little skill and stat rundown! She is a character with a dark past and a cold, professional demeanor. Her journey has had a lot of cruelty, abuse, and heartbreak, which forged her into a deadly bounty hunter and a true survivor.

Criftaa is a ranged damage-dealer and support character. Her skills have great potential to deal a large amount of damage to enemies if she is positioned correctly and she can also deny enemies actions if her trap skill is set up well. She is not very sturdy but has a high Evasion stat that helps her avoid damage from time to time. Each of her arrow-using skills below take 1 Power point to use, symbolizing her quiver running out slowly.

Aimed Shot: A single target, steady damage, high accuracy skill with a high critical chance. It is also Armor Piercing, so you'll be able to deal solid damage to more tanky enemies, too.

Poison Arrow: Though it is less damaging and less likely to hit a critical strike than Aimed Shot, Poison Arrow applies a damage-over-time effect on the target that can finish off weaker or more sturdy enemies while you concentrate on another target.

Suppressing Shots: With this skill, you target an empty space on the enemy's side and Criftaa goes into a stance until her next activation. If the enemy steps on the space, they suffer ranged damage and their current activation is forfeit due to a secondary Stun effect. This means you can set up neat traps for the AI and even lure it or push it into them.

Defensive Cut: A weak, single target melee attack that applies a debuff on the target for 1 round, significantly lowering their Accuracy (so that Criftaa may get away to safety).

As you can see, Criftaa has a lot of useful tricks and solid damage up her sleeves, and it is a matter of tactical thinking to apply her skills and abilities effectively. Paired with good melee support, she can be devastating.