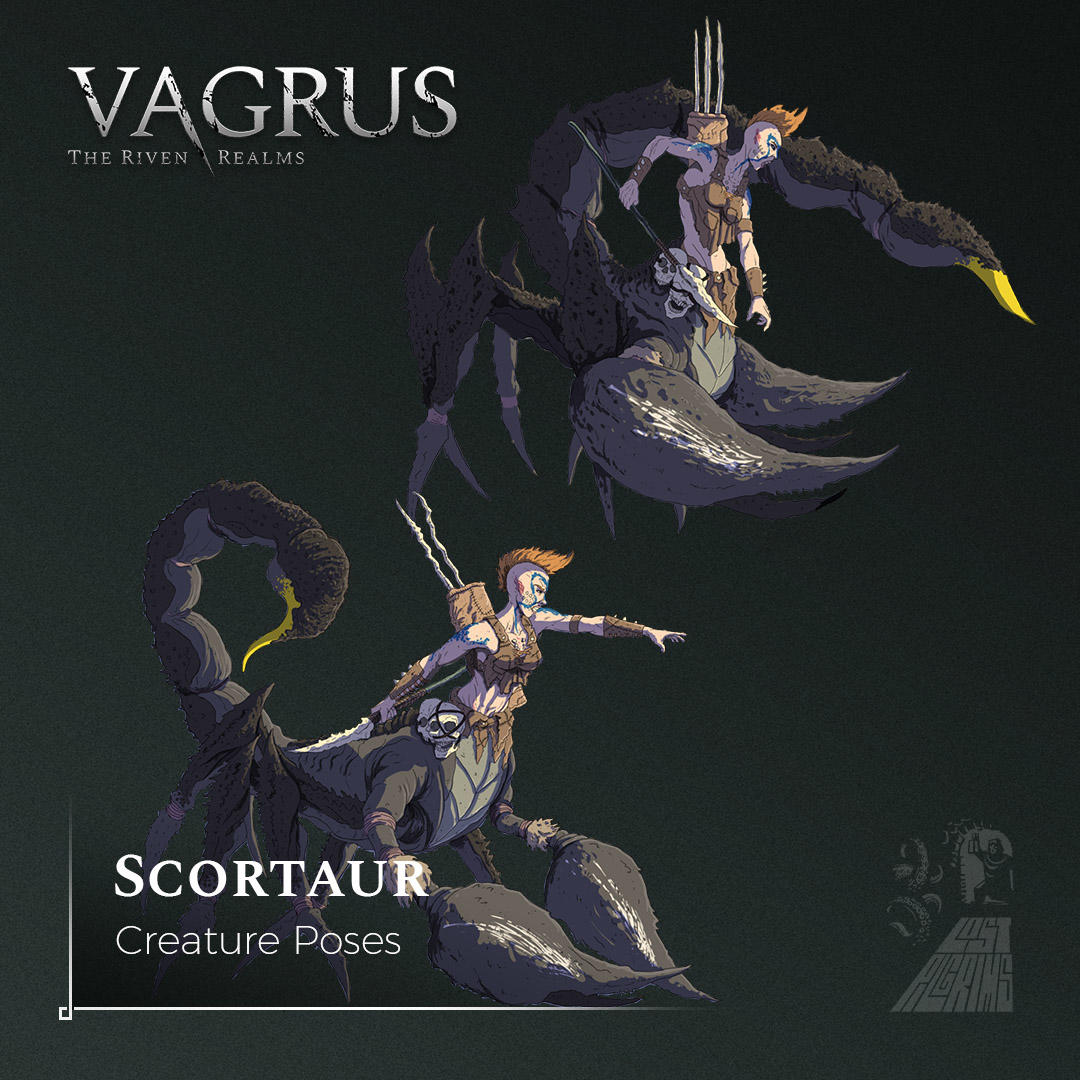 This time, we'll revisit the dreaded Scortaur and take a look at their stats and skills in general. These creatures are devious, fierce, and horribly mutated, so you'll have to be prepared to be challenged by their combat abilities when you run into them.

The most apparent stats when it comes to these horrid savages are the high Vitality and Block chance, which often adds a bonus to their already considerable Armor. Additionally, they are quite resistant to many status effects and have great Initiative. Their four Combat Skills make them versatile opponents:

Pincer Attack: The scorpion part of the creature's body attacks with its huge pincer claws. This is a single target attack that is not very accurate but has bonuses against Block defense. It deals consistent damage and pushes targets back.

Deadly Stinger: A devastating armor piercing attack with very high critical chance and a deadly poison effect that can easily kill even tough targets. It is best to be avoided altogether, and the Scortaur can use it only once per combat.

Javelin Toss: The humanoid part of the creature tosses a bone javelin at a single target. The tip of these projectiles are coated with the scorpion part's poison. The attack is not extremely dangerous but gives the opportunity to Scortaur that are blocked from melee attacks to do something offensive in their turns. Javelins run out quite fast, however.

Savage Assault: The humanoid part uses more conventional weapons (though no less savage!) to attack a single opponent in melee. This skill is more accurate than all the others but deals only moderate damage and has no perks.

Scortaur take up a double space on the field of Companion combat and so you can fight against three of them at the most at any given time. Still, their general toughness, high block chance, resistance to crowd control, and high damage potential make them a force to be reckoned with.