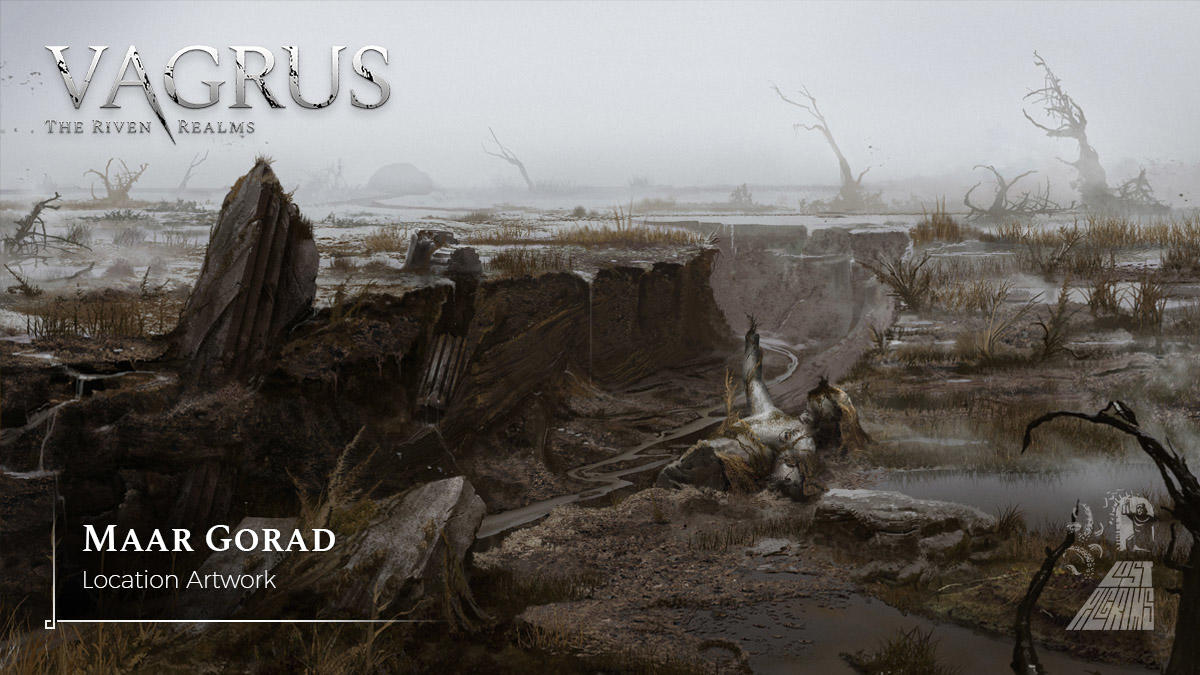 - A common saying in terra supra, meaning 'not a chance'

Not all regions of the northern part of the continent are deserts or arid wasteland, even though those are the most recognizable features as well as the most numerous. One region stands out with its wet, humid atmosphere and its moors that are almost impossible to navigate: Maar Gorad, the Unforgiving Swamp.

The swamp stretches from the southern edge of Hargad Tuul to the Karginath sea to the south. Its green foliage - sickly as it may seem - is in stark contrast to the dry and dusty deserts to the north, yet it is not a place of joy.  Deep holes and soft muck below the thin water can devour the unwary in a heartbeat. Mosquitoes travel in hungry packs and transmit horrible diseases to anyone they chance upon. Leeches and other vermin hide in the muck, hungry for blood. Ruined settlements stick out of the mud here and there, especially around the southern coast of the swamp where once mighty cities stood. A few trees stand here and there, but mostly thorny bushes and sickly green grass cover the region, making the bleak and cold Maar Gorad a truly desolate place. Fog often settles in the morning and evening, sometimes bringing with it the horrific dwellers of the Gloomweb in the northeast that bear no name. There is talk of a giant beast, a veritable leviathan that burrows in the mud and could swallow a dozen men whole. Nobody could verify its existence, but travelers talk of it, referring to it as the Constrictor. No wonder that most folk avoid the place altogether.

This piece of art for the location of Maar Gorad is also the work of Peter Kovacs, and as ever, he nailed it perfectly. The atmosphere is spot on, and you can even see the strange tracks left by a gigantic creature, as well as marks of an ancient past.