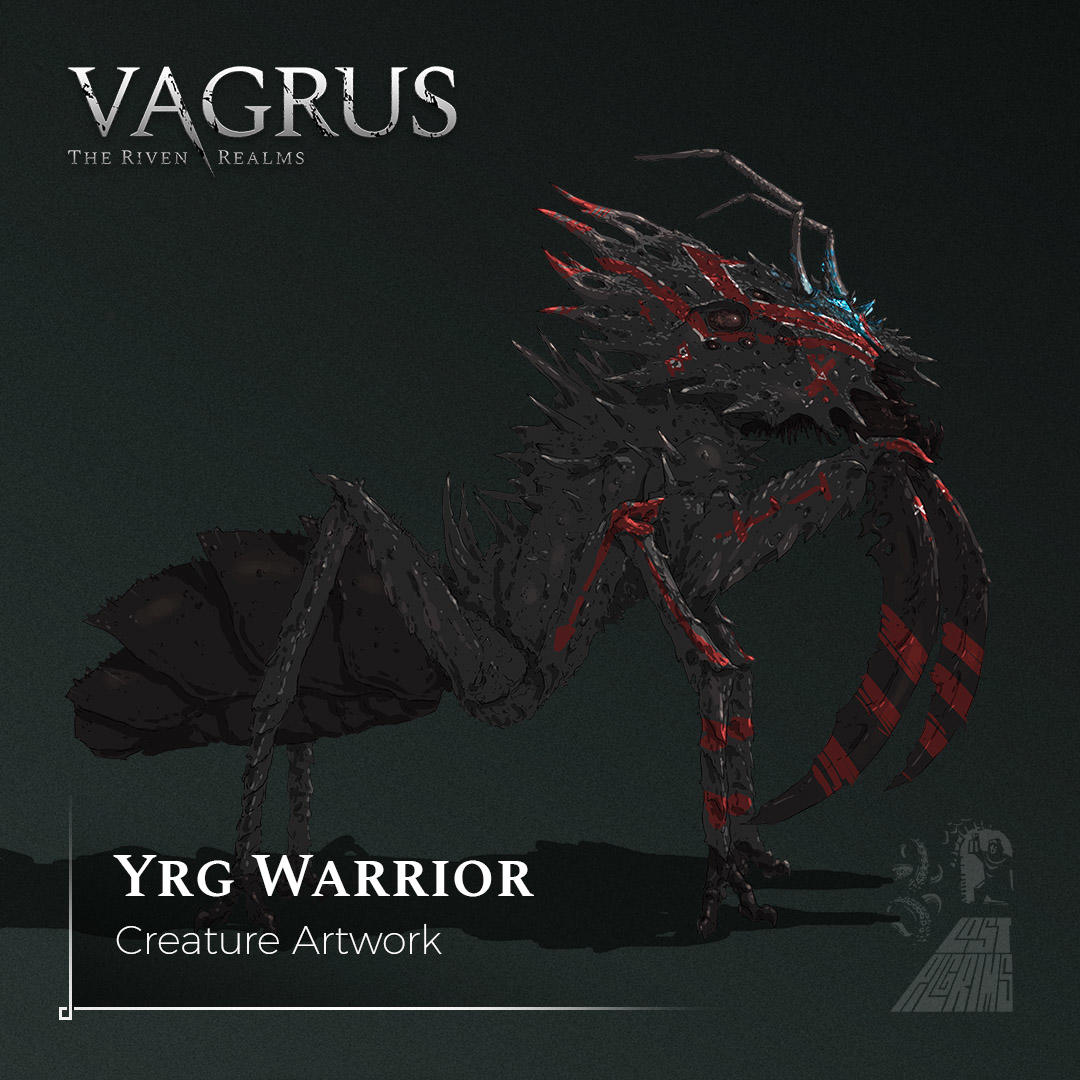 'I'm not afraid of your little bug. I've seen its kind before, squished its kind before. And you dare call it a 'warrior'?! Yrg are pathetic, as are people who think they can measure up to real warriors. So send it in, let me splatter its insect innards over the hot sands of the arena.'

Yrg are hive-minded insectoids the size of smaller horses that live mostly in underground tunnels and hollowed out hills in the less-populated parts of the Empire. They are not outright aggressive but quite territorial, so they will protect their hives and tunnels fiercely.

A relatively little known variety of Yrg are the hive's warriors. Larger than workers, these creatures stand on four limbs, while the front pair of limbs had evolved into scythe-like blades. They also secrete an acidic fluid they can spit on the target from a dozen yards, dissolving armor, flesh and bone alike. And even though Yrg are known to be extremely sturdy, warriors of the hive are amazingly tough, with thick chitinous armor as hard as steel. They are belligerent, aggressive beasts bred with the sole purpose of defending the hive.

These creatures sometimes separate from the hive and get captured - or are abducted. Over the centuries, Imperials perfected a method by which  an arcane controlling crystal is embedded into the head of the insect, generating a mental presence similar to the original hive, rendering the Yrg docile and easy to control. In the case of warriors, however, the method is less than perfect, and these extremely dangerous creatures has been known to go insane, killing indiscriminately. Still, sometimes they are encountered in arenas (and of course out in the wilderness), because their victims are always killed spectacularly.