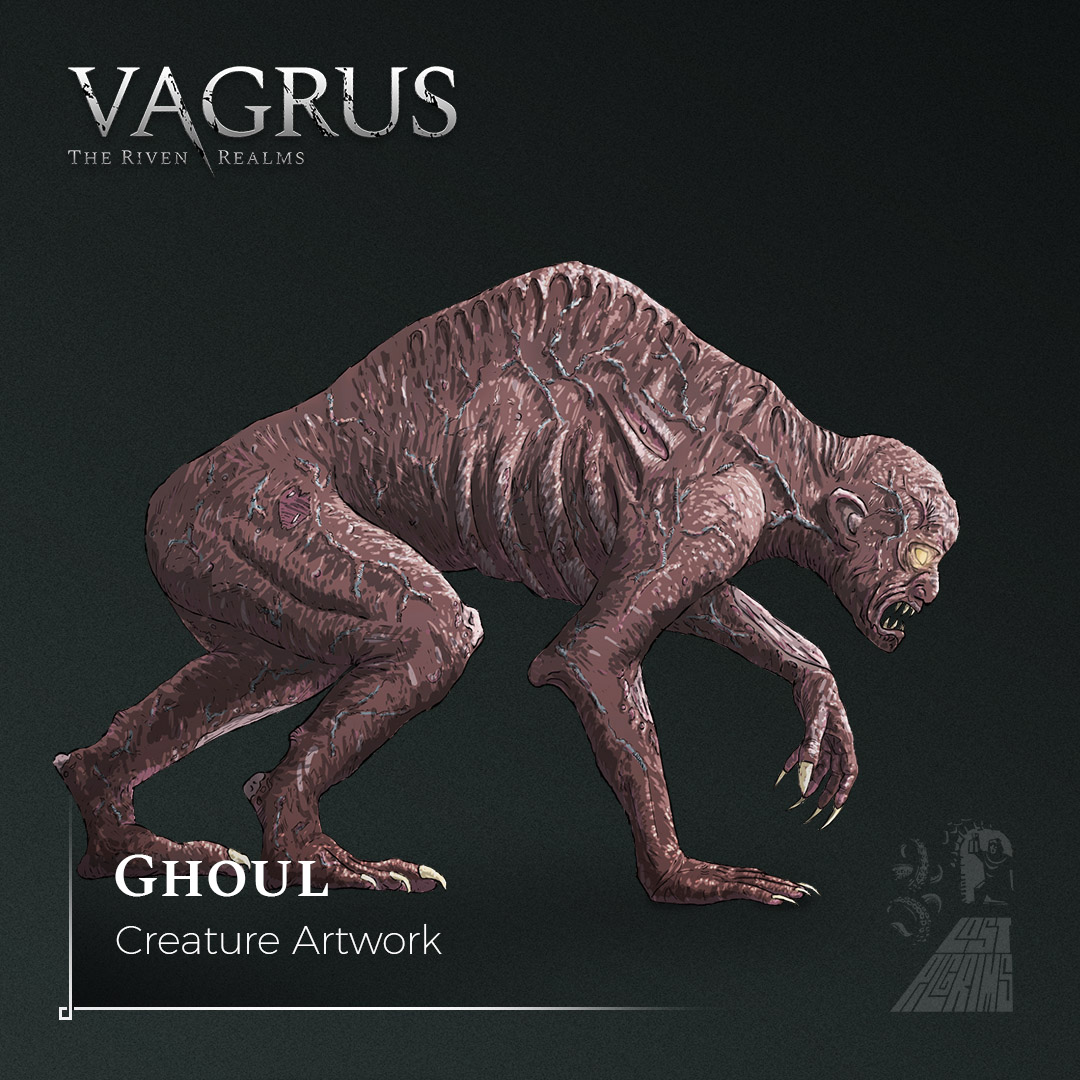 Little to nothing is known of the beasts now commonly referred to as 'ghouls' that appeared not long ago and now plague the Southern Jagged Waste and especially the gale-ridden expanse called the Singing Winds.

The creatures are vaguely humanoid but their claws, fangs, and slightly glowing eyes are anything but. They are also completely hairless and seem to display adversity towards light, rendering them night crawlers that prey upon wayward camps and lost travelers. They are not Undead, even though it is difficult to tell upon a cursory glance. What is certain that they enjoy feasting on freshly killed prey - be they intelligent or simple animals.

Where these ghouls come from is unknown; and Imperial authorities seem to be mute on the subject. Perhaps a resourceful vagrus and their comitatus might be able to shed more light on this recent and alarming phenomenon?