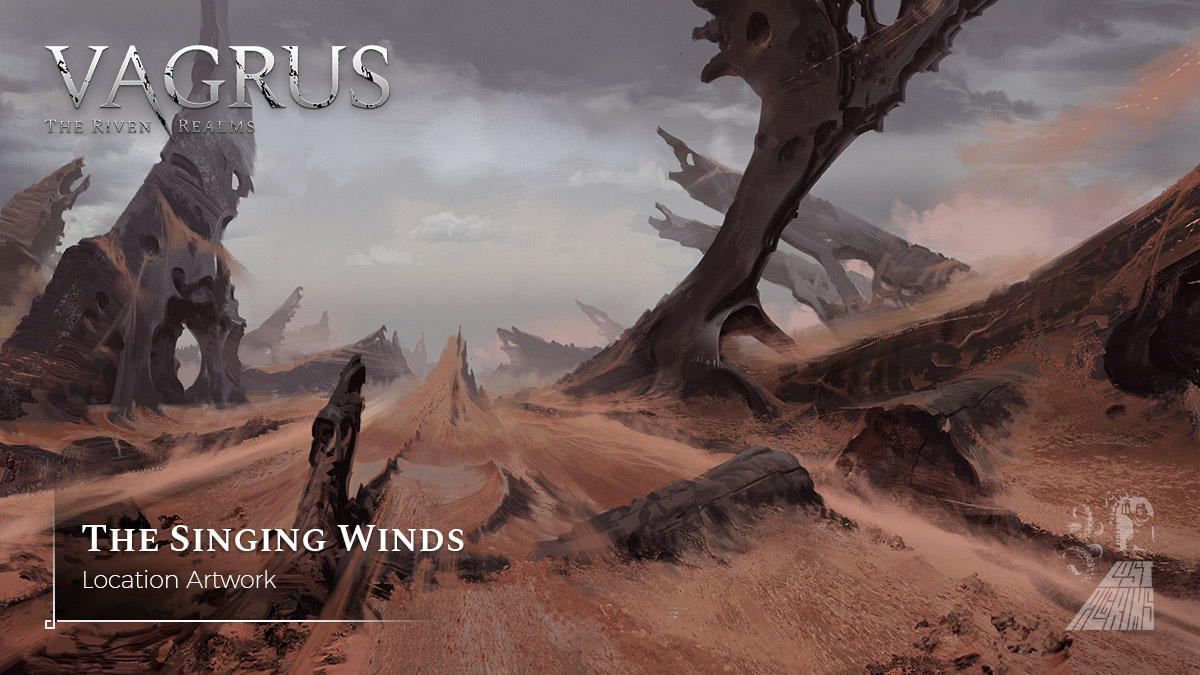 The wind was speaking to her, telling her terrible things, singing of her demise, chanting of her worst fears becoming manifest, of her never reaching her destination, never achieving her dreams, never being content, never finding rest or refuge or love. It kept on whining and screaming and whimpering until she herself started screaming in a vain attempt to blot it all out.

In this week's artwork reveal we have an amazing illustration by Péter Kovács for the area called The Singing Winds. This wasteland has always had strange and eerie winds blowing constantly across its stony expanse, sculpting rock into unseemly and bizarre shapes but lately things changed for the worse.

A few weeks before the game's beginning a terrible earthquake shook the region, its epicenter believed to be the ruined Elven city of Carravhon. The quake upturned the earth of the Singing Winds and marred the plains with crags and chasms, like a spiderweb of open sores. Simultaneously, the already notorious winds of the region wend wilder, causing many nearby to hear voices of the dead, have their worst nightmares, or become haunted by ghost sounds (some report people outright killed by the winds but Imperial authorities deny such nonsense). Ever since the gales have not subsided, blowing constantly from Carravhon to the north and east, bringing with them strange sounds and stranger dreams. And what of the horrifying creatures that are now said to stalk the area?

Will you brave the Singing Winds and discover what happened to Carravhon?